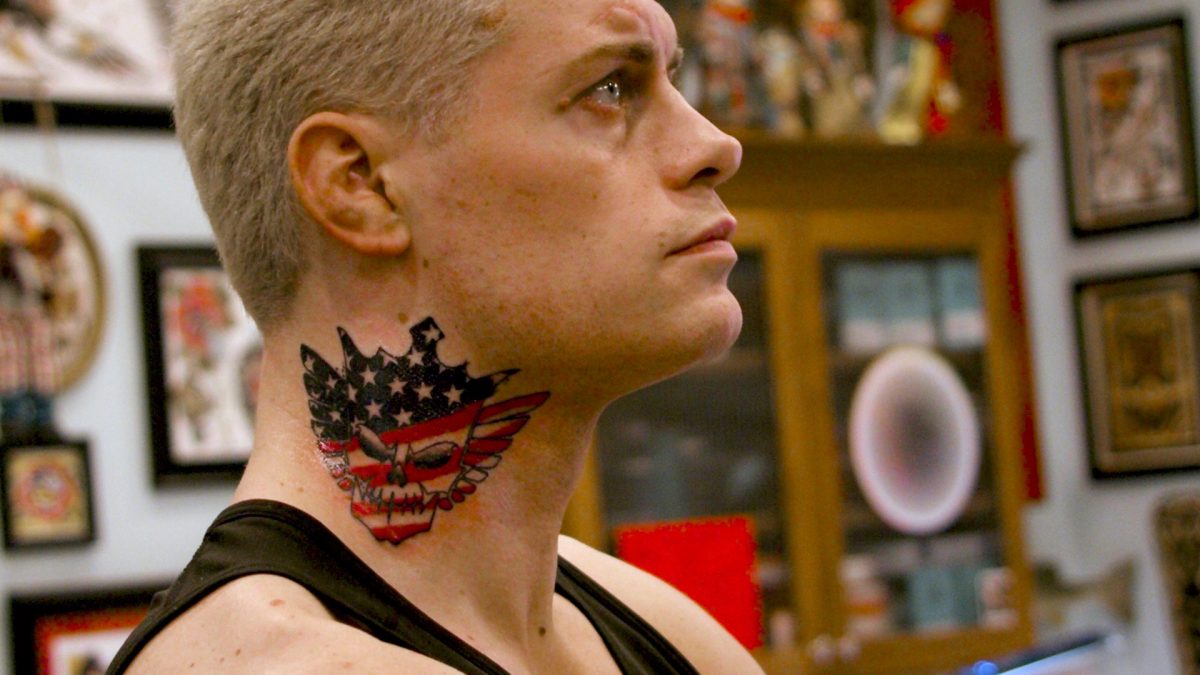 Cody Rhodes revealed a striking new tattoo at AEW Revolution on Saturday – a large Nightmare Family logo on the right side of his neck.

I’m humbled by the run I’ve been on and the love of the fans. Incredibly lucky man. It was very simple, I wear a lot of brands…I wanted to make sure mine was one of them. And I wasn’t hiding it. More details on tomorrow’s “Road To Denver”… – thank you @inkanddaggertattoo @craigbrocktattoo for taking the design and making it a reality!

In a post-Revolution media scrum, Brandi Rhodes said that she is not a fan of the tattoo.

Dustin Rhodes then asked if he can get a tattoo that says “Brandi” on his face. “You can do whatever the hell you want, it’s your body. The same thing I told my husband,” Brandi said. “I know a lot of wives like to be really hands on. My husband makes his own decisions. So if I decide to do something crazy, he can just let me make my own decisions.”

Cody said that he will talk more about the tattoo on an episode of “AEW Road to Denver” that will be released on AEW’s YouTube channel today.