Matt Hardy on Why He Signed With AEW, WWE Not Being “Fun,” Vince McMahon, Triple H, More 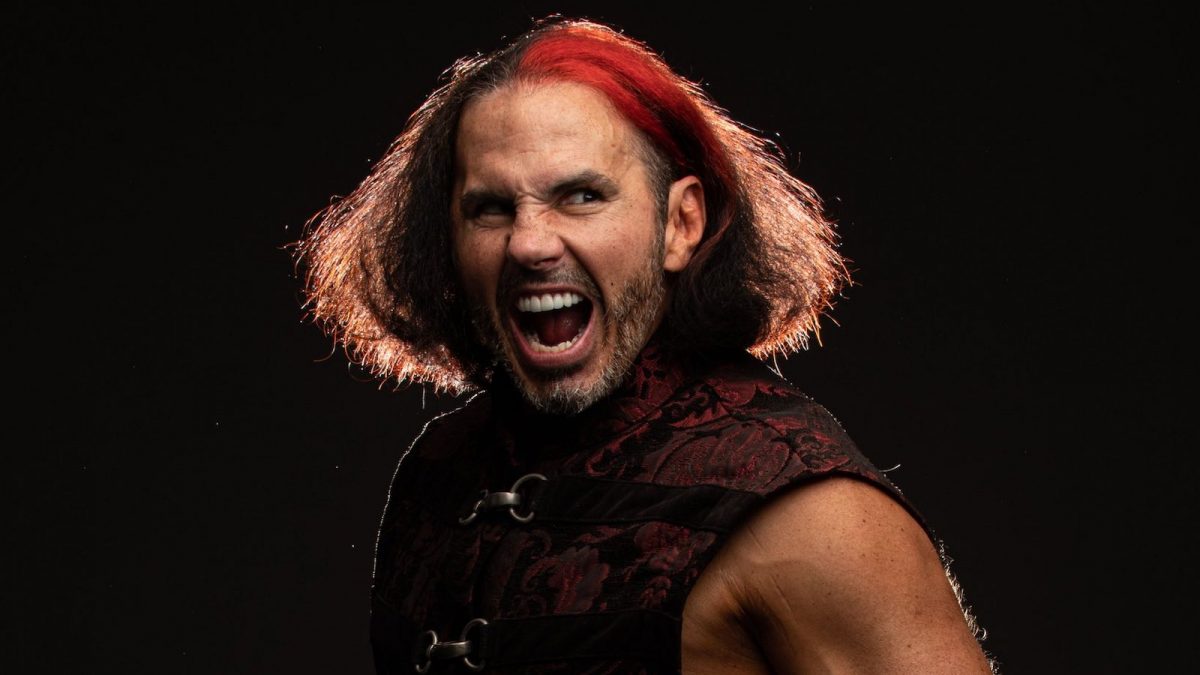 Matt Hardy was recently interviewed on Chris Jericho’s podcast, Talk Is Jericho and here are a few highlights:

Why he left WWE:

I pitched idea after idea after idea to WWE and I never got any feedback. I would hear a little chatter here, a little chatter there, but there was never anything that stuck or sparked a creative fire in Vince’s mind. It became frustrating. They were trying to re-sign me at this point, just to have me under contract so I was WWE property and I kept turning down money, which was good money. I wanted to be in a prominent role on television and I don’t think Vince saw that for me.

Even towards the end, when I did that stuff with Randy, the first time we did the deal with Randy, that was supposed to be my write-off. They brought it back the next week. That week, in the production meeting, we were going to have a two-segment match that was going to end Raw. I already made up my mind that I was gone at this point.

Even though they actively tried to sign me, I couldn’t have any creative assurances, and that’s what I wanted. I wanted a dialogue with Vince like, ‘I need to know you’re going to have my back and will protect my creative interests.’ That day in the production meeting Vince is like, ‘I don’t think we should have this match, I think Matt is leaving. I don’t think he’s signing.’ Paul Heyman asked, ‘Are you leaving?’ I said, ‘I don’t know. If there’s nothing for me here, I can go elsewhere and be utilized in a better way.’ I was very honest and open with everyone. I told everyone from Vince, all the way down, what I wanted and expected if I was going to stay around. Once we weren’t on the same page, I said, ‘Okay, thank you very much.’

Even days after my contract was over, I talked to Triple H and he was cool. I feel like if Triple H would have been the guy that was solely in power, I would have probably had a much better opportunity of getting to do what I want creatively.

On WWE “sucking the fun out of things”:

It got to the point where WWE has so many talents under contract. And the reason they have these talents under contract is because they don’t want anyone else having people that can move the needle or make a difference. So, they’re trying to scoop up all the talent across the globe as far as monopolizing the business.

Once AEW started, it was another place that had a great TV show, star power, it allowed other options. I could have stayed at WWE. They tried very hard to sign me, they offered me very good money. But I know my role would have been minimized. For me, more important than money, is to totally utilize my creativity. I want to enjoy it. I want to be driven and feel the passion I have for this. I want to be creative and want to have fun. In WWE, a lot of times they suck the fun out of things because it’s become such a business and you just become a cog in the machine. To me, it wasn’t about being a cog in the machine and making X amount of dollars. It was about enjoying what I was doing and enjoying every single second I have left doing this. AEW turned out to be the best case scenario for me.

The difference between WWE and AEW:

Such a laid back atmosphere. I knew the majority of people working there. The one thing I really noticed is, ‘Hey, I’m thinking about doing this.’ ‘That sounds great.’ As opposed to like, ‘Well, we’ve got to ask so and so and then ask so and so, and he’s gotta ask Vince.’ It made it super easy. I did some promos and vignettes at the end of the night and I said, ‘This is what I’m thinking of saying, sound cool?’ They were like, ‘ Sounds cool.’ And I did it. It was very easy and very refreshing to not have any kind of restraints on you. Just go and be creative and do your thing and do you. Nobody does themselves better than them.