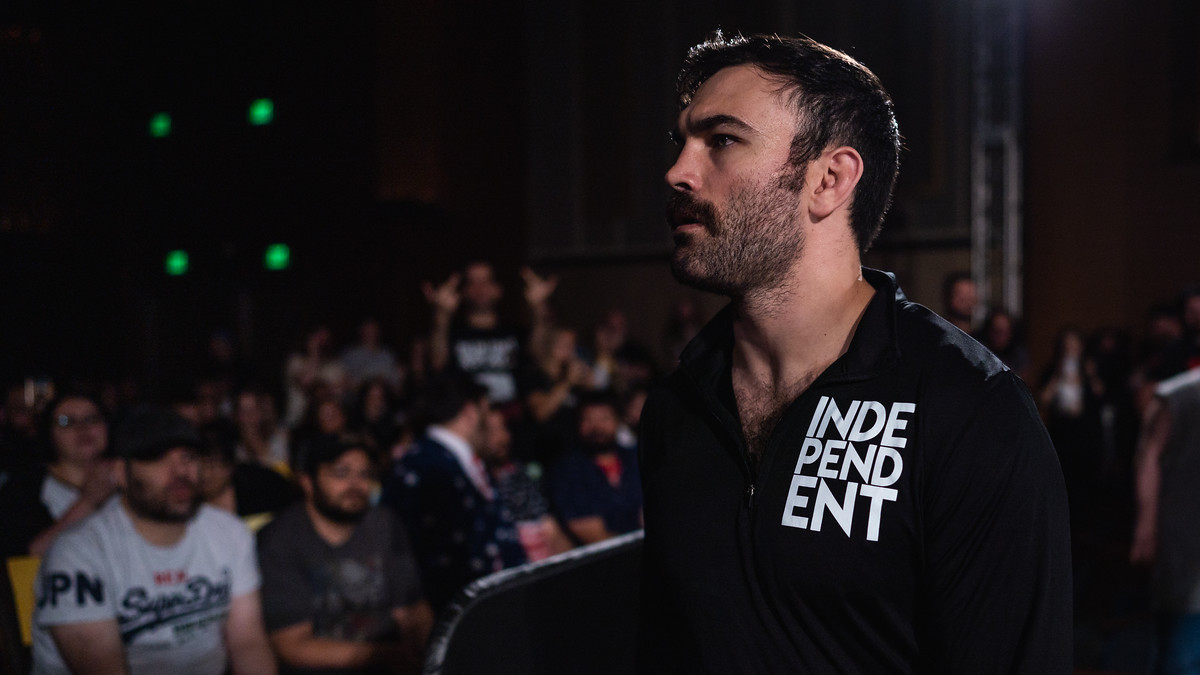 As noted before, David Starr announced his farewell from Westside Xtreme Wrestling at their 16 Carat Gold event this past weekend in Oberhausen, Germany. WWE was alleged to have had a major role in his departure due to their affiliation with wXw.

Dave Meltzer reported in this week’s issue of the Wrestling Observer Newsletter that it has been confirmed that WWE played a major role in Starr being pushed out of PROGRESS Wrestling and wXw. Meltzer reported that Starr’s current status with Over The Top Wrestling remains unchanged.

PROGRESS reportedly was fine with following WWE’s demands to no longer book Starr for their shows and Starr himself reportedly was not upset with PROGRESS’ decision. wXw reportedly had been less willing to follow and only did so due to the growing pressure from WWE.

Meltzer reported that the current belief within those close to the situation is WWE has been pressuring companies that they have working agreements with to no longer use Starr due to his pro-union views and his attempts at getting United Kingdom-based talent to join the Equity trade union.

Meltzer also reported that Starr’s online feud with EVOLVE owner Gabe Sapolsky this past December nor Starr stepping on the NXT UK Championship belt at an OTT event last summer played any major role in WWE’s decision to push Starr out of their affiliated promotions.

This past Friday’s episode of Friday Night SmackDown at WWE’s Performance Center featured a singles match between Jeff Hardy and King Corbin. During the match, Hardy hit his Twist of Fate finisher which was given the new name “Twist of Fury” on commentary.

While responding to a fan question, Matt Hardy stated on Twitter that he did not trademark the term “Twist of Fate” didn’t have any involvement with the recent name change for his brother Jeff’s finisher in WWE.

I DID NOT. The @WWE & Jeff are completely free to use "Twist of Fate." The change 100% came on their end. I wouldn’t ever do anything to hinder my brother. I’m thrilled to see him back on #WWE TV, looking healthy & happy. https://t.co/L0xp5QyjpU

AEW reportedly has sold 9,241 tickets for their Double or Nothing 2020 event in Las Vegas, Nevada as of the week of March 8th, according to the Wrestling Observer Newsletter.

Lucha Libre AAA announced that this year’s Triplemanía Regia event will be taking place on October 20th at the Estadio de Béisbol Monterrey in Monterrey, Mexico.

Major League Wrestling owner Court Bauer reportedly was absent from this past Friday’s MLW vs. AAA event in Tijuana, Mexico due to being involved in “high level” talks for a potential new television deal for the company, according to PWInsider.