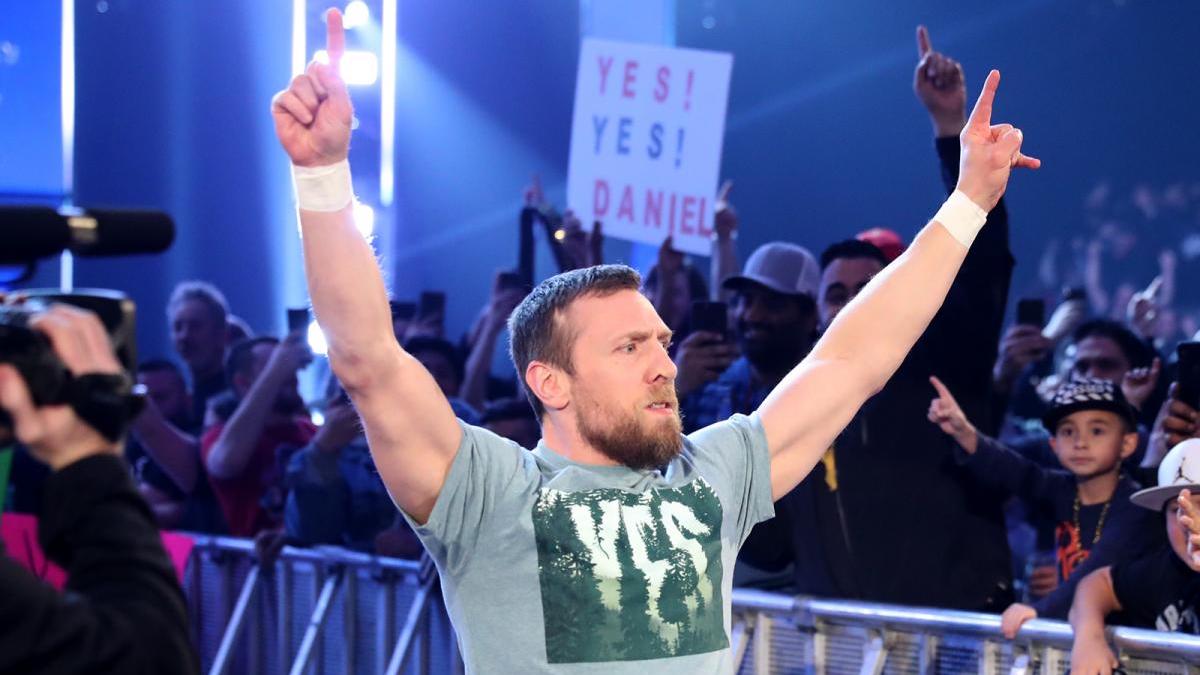 Daniel Bryan Comments on Future of His Wrestling Career

A recent episode of The Bellas Podcast had Daniel Bryan as the guest and one of the topics discussed included the future of his wrestling career.

“WWE has been great. They’re gonna give me six weeks paternity leave, which so few places in the United States do that. So I’ll get to be home that first six weeks. But then after that, it’s not long until my contract is up. We’ve been talking about what we do from there. To me, in my mind, it’s almost like, I think I’m just done being a full-time wrestler.

I love being a dad. I will always love wrestling, and I always want to do wrestling. But when I say always do wrestling, that means maybe once a month or once every couple months.”

More on This Past Wednesday’s Episode of NXT

As noted before, this week’s episode of NXT featured three lengthy mini-documentaries featuring several notable talent and on-going feuds currently on the brand.

All of the interview segments featured during the show reportedly were taped on Tuesday at WWE’s Performance Center, according to PWInsider. Mike Johnson reported that the Triple H and Tom Phillips segments were taped at WWE’s headquarters in Stamford, Connecticut.

Johnson also reported that WWE’s editing team worked at a frenzy pace to complete the production process for this week’s show and barely finished in time for the episode’s airing on USA Network.

Johnson also reported that the reason why WrestleMania 36 was not mentioned as a two night event during the show was due to the content that aired had been taped prior to WWE making the official decision for the event.

Two new lawsuits reportedly have been recently filed against WWE for non-WWE stocks and WWE Network related reasons, according to Post Stock News and Fightful.

The first new lawsuit involves allegations of the company making misleading statements regarding the coronavirus that negatively impacted the stocks of at least one pharmaceutical company. Post Stock News reported that this lawsuit was filed by a law firm on behalf of the stockholders of Tilray, Inc. and Inovio Pharmaceuticals, Inc.

Portion of the lawsuit filing:

About the WWE lawsuit: Throughout the class period, World Wrestling Entertainment, Inc. allegedly made materially false and/or misleading statements and/or failed to disclose that: Defendants perpetrated a fraudulent scheme which: (i) deceived the investing public regarding WWE’s business and prospects; (ii) artificially inflated the price of WWE Class A common stock; (iii) permitted certain senior executives of WWE to sell more than $282 million worth of their personally held shares at fraud inflated prices; and (iv) caused the public to purchase WWE Class A common stock at artificially inflated prices.

The other new lawsuit involves allegations of patent infringement on the software technology being used by the WWE Network in regards to the basic functions of a subscription streaming video service. David Bixenspan reported that Rothschild Broadcast Distribution Systems filed the lawsuit to the United States District Court for the District of Delaware but did not specify the amount of monetary damages being requested.

Portion of the patent filing in dispute:

In regards to WWE’s on-going class action lawsuit over allegations involving their stock price drops following both the recent firings of their co-presidents and the release of their most recent fiscal report, Dave Meltzer reported in this week’s Wrestling Observer Newsletter that at least twenty law firms have recently joined the class action lawsuit with more firms potentially interested in joining.