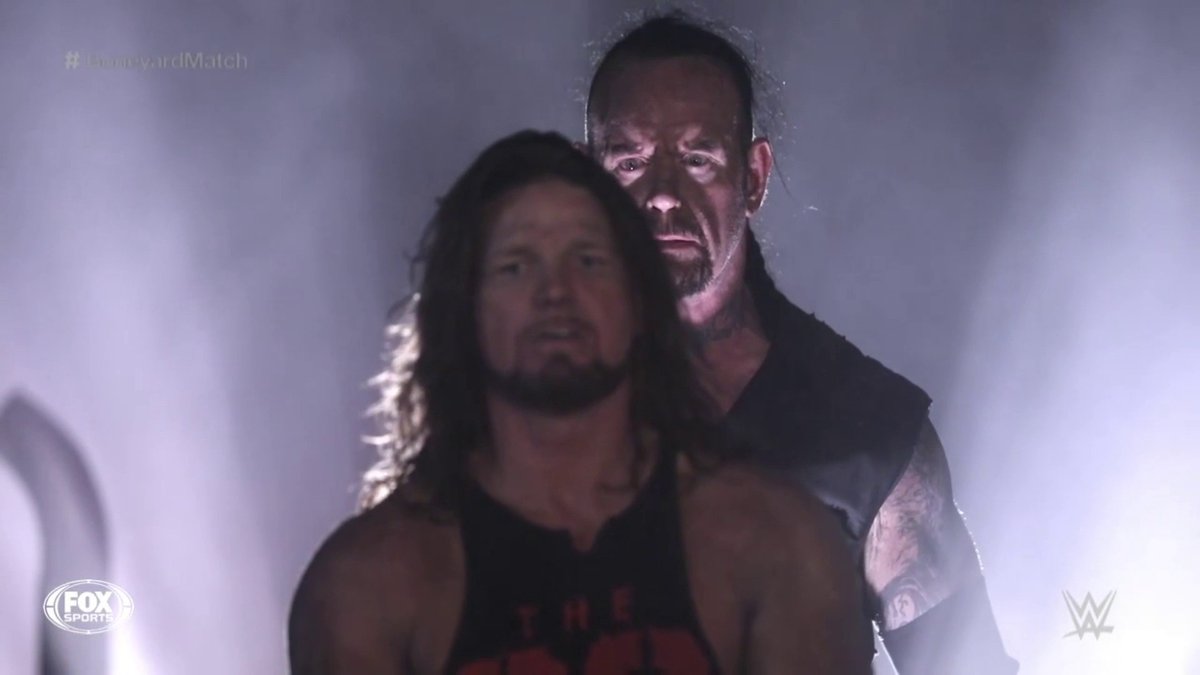 As noted before, The Undertaker defeated AJ Styles in a Boneyard match in the main event of the first night of WrestleMania 36, which took place this past Saturday at an undisclosed location. Michael Hayes, Triple H, and Jeremy Borash reportedly were in charge of the production of this match.

WhatCulture reported that the filming for the match took eight hours to complete, starting from 9PM ET on March 25th to 5AM on March 26th. It was also reported that the match was filmed at a location in Florida but not near WWE’s Performance Center. WWE hired an outside production company to build the boneyard set, which took five days to complete.

It was also reported that WWE originally wanted Undertaker’s entrance to feature him riding through an abandoned ditch, bridge, and roadside but the company was unable to secure a permit in time due it being city property. Despite the issues, WWE’s plans for Undertaker to ride out to “Now That We’re Dead” by Metallica remained unchanged.

In regards to the dialogue during the match, it was reported that the trash talk between Undertaker and Styles was not in the original script. Both had requested and were given permission by Triple H to improvise their dialogue throughout the match.

In regards to the scene with Styles’ hand poking out of the dirt, it was reported that the hand was a prop Triple H and Hayes had found on location and wanted to use it in some capacity during the match. Undertaker suggested the idea for the hand to poke out after Styles was buried, resembling a similar spot he did for the Buried Alive match at the In Your House: Buried Alive PPV in 1996.