AEW: Maryland Commission Issues Fine for Lights Out Match, All Out in Chicago in Doubt 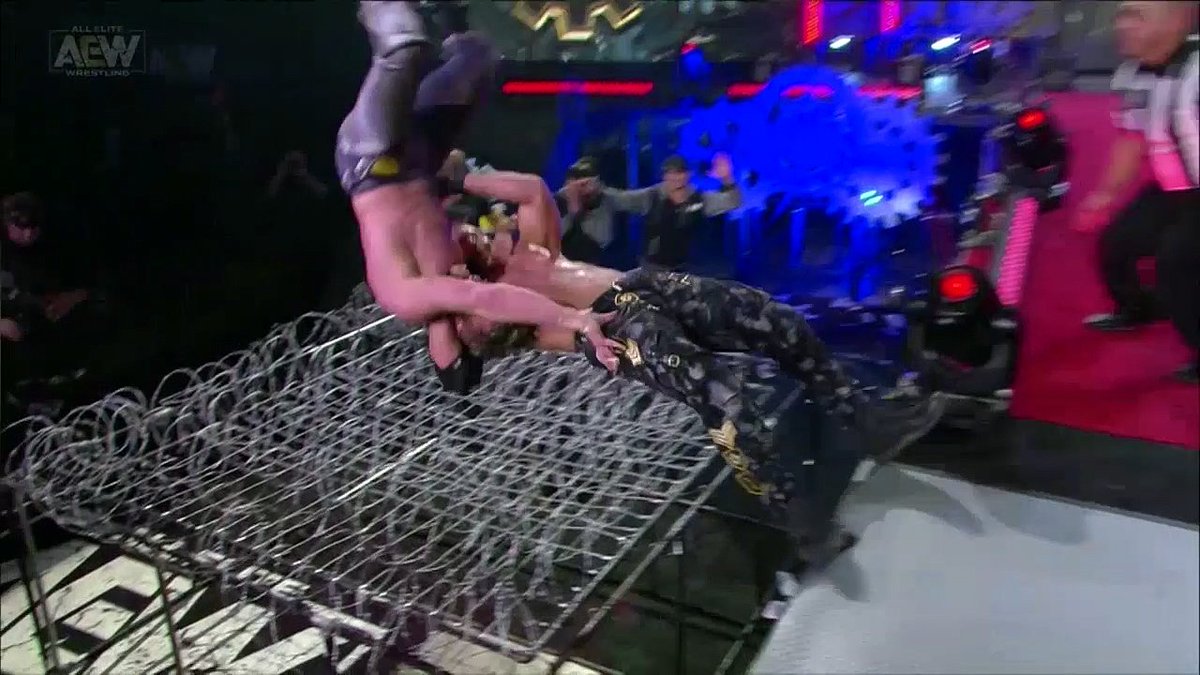 The Maryland State Athletic Commission recently issued a $10,000 fine to AEW for the Unsanctioned Lights Out match between Jon Moxley and Kenny Omega at Full Gear last November in Baltimore, Maryland.

The specific rules broken in the match were “Unsportsmanlike or physically dangerous conduct” and “Deliberately lacerating oneself or one’s opponent, or, by any other means, introducing human or animal blood in to the ring” which lead to AEW being fined $5,000 for each violation.

The Commission’s decision to fine AEW was made on April 28th and AEW will have 30 days to pay the fine.

The Commission acknowledges that while AEW took precautions to reduce the potential for injury to both Mr. Good and Mr. Smith by using materials, in certain instances, to simulate injury and merely give the appearance of bleeding, blood was introduced into the ring in other instances during this professional wrestling match through the deliberate and repeated actions of the two referenced wrestlers as scripted by AEW.

The Commission had been made aware of the violations at AEW’s event by former WCW announcer Christopher Cruise who had repeatedly contacted them complaining about the blood in the match.

Status of All Out 2020 in Chicago Currently in Doubt

This year’s AEW All Out PPV is currently scheduled to take place on September 6th at the Sears Center in Chicago, Illinois, but the status of the event is now in doubt following a recent announcement by Illinois governor J.B. Pritzker.

Governor Pritzker held a press conference this past Tuesday outlining his 5-phase plan for the re-opening of the state during the coronavirus pandemic and stated that large public gatherings and events in the state will not be allowed until Phase 5, when there is either a vaccine or highly effective treatment readily available or new coronavirus cases have not occurred for a significant period of time in the state.

“It brings me no joy to say this, but based on what the experts tell us and everything we know about this virus and how easily it spreads in a crowd, large conventions, festivals and other major events” are canceled until Illinois can reopen in phase 5.”

Besides AEW’s All Out event, Starrcast’s planned Starrcast convention during Labor Day weekend in the city would also be affected.