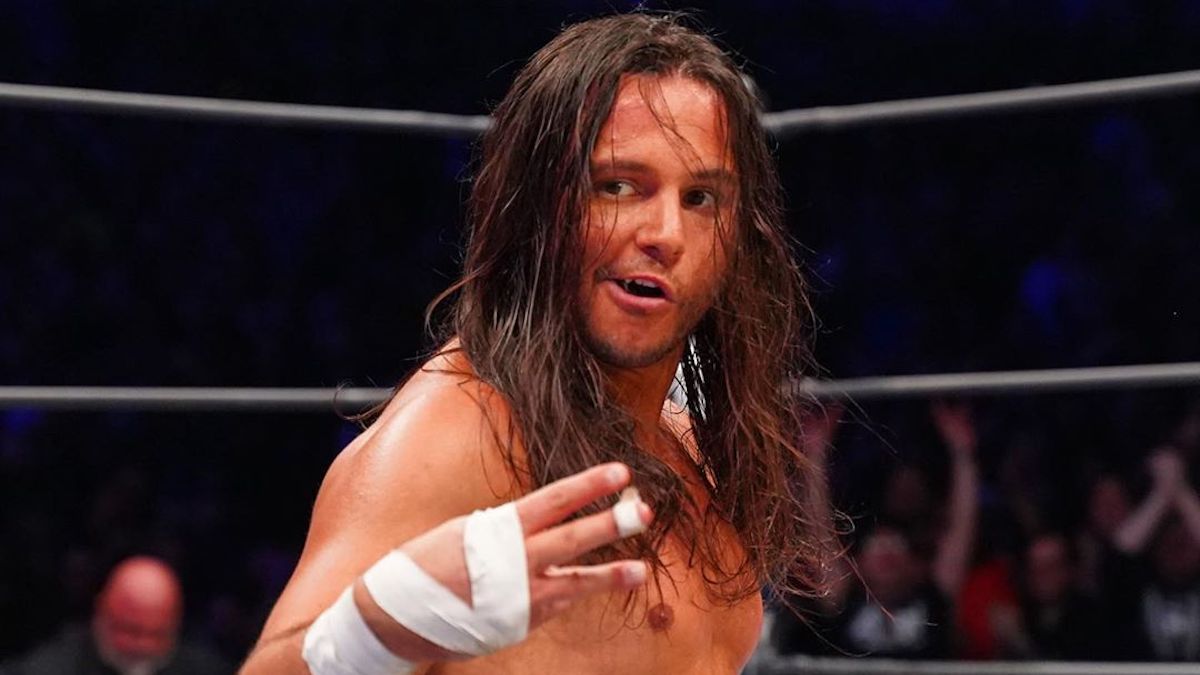 As noted before, Matt Jackson suffered a rib injury during this past Wednesday’s episode of AEW Dynamite. Jackson’s status for AEW’s Double or Nothing event this Saturday was uncertain following the show.

Dave Meltzer reported in this week’s Wrestling Observer Newsletter that Jackson currently feels that he suffered a bruised or cartilage-based injury on his rib following a medial test taken this past Thursday. Meltzer also reported that Jackson’s injury was stated to not be serious enough to prevent him from wrestling at tonight’s Double or Nothing event.

A recent episode of the AEW Unrestricted podcast had Britt Baker as the guest and she revealed that WWE initially was unwilling to allow her boyfriend Adam Cole to attend any AEW-related events in support of her.

“We’re very lucky that Tony [Khan] has no problem with me going to watch his live shows. As we all know, I was in the crowd at TakeOver when he won the title for the first time. This is also annoying, but he was originally told that he can’t come to our shows. For All In, he had a plane ticket booked and they told him, ‘You can’t go.’ He still came to be supportive and he watched it on his phone in the hotel room and came to the afterparty. Recently, they changed their tune and he was able to come to our New Year’s show. It’s great for him too because this is his family. The Young Bucks and Adam Cole go way back. They’ve been together long before Adam Cole and Britt Baker were together.”

The travel ban for leaving Mexico reportedly has been extended until June 18th, according to the Wrestling Observer Newsletter. Dave Meltzer reported that Pentagon Jr. and Jack Evans have been unable to work for AEW since the travel ban started due to both currently living in Mexico.

Dave Meltzer also reported in this week’s issue that the border between the United States and Canada is currently expected to remain closed for at least one more month for non-essential travel. Meltzer reported that this has been the reason for the lack of talent living in Canada being unable to appear for WWE and AEW.

Major League Wrestling is currently expected to be making a major announcement regarding the signing of a streaming deal with a major service provider soon, according to the Wrestling Observer.

Ring of Honor officials have yet to make any official decision on the potential resumption of live events, according to PWInsider