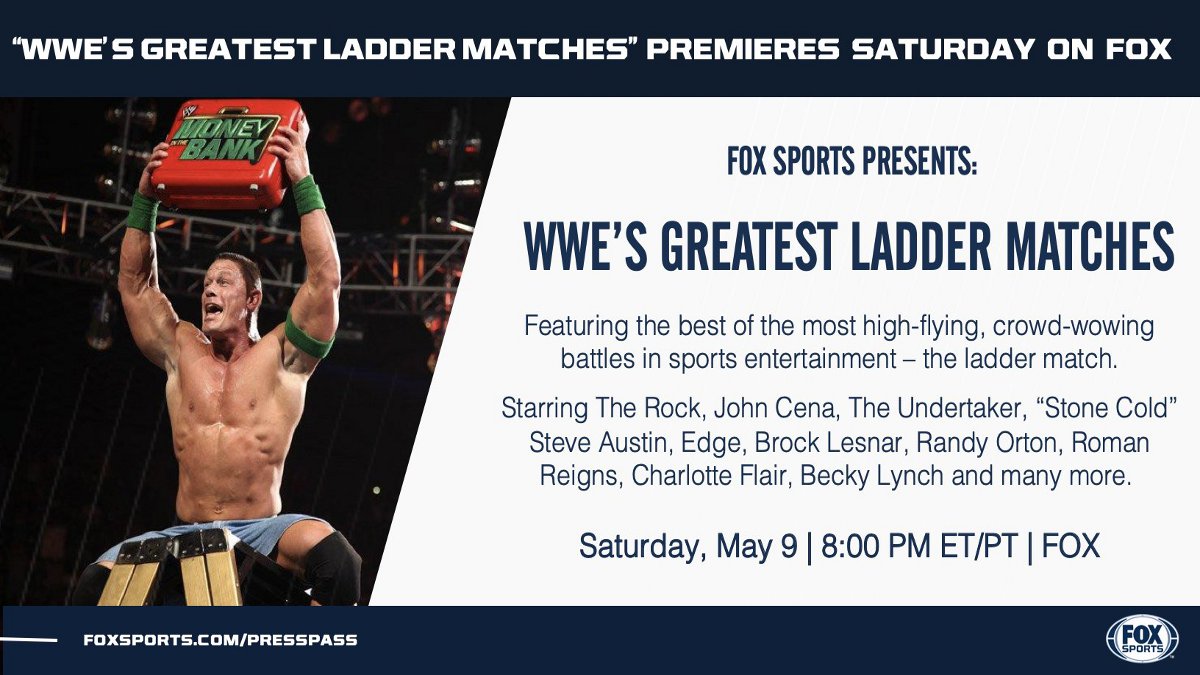 FOX recently announced that they will be airing a new WWE themed special on their network on May 9th starting at 8PM EST.

This two-hour special is titled “WWE’s Greatest Ladder Matches” and will be hosted by Michael Cole and Corey Graves.

This weekend, FOX Sports presents @WWE’S GREATEST LADDER MATCHES – a look at some of the most exhilarating WWE matchups of all time, featuring some of the greatest WWE Superstars of all time – with hosts @WWEGraves & @MichaelCole.

As noted before, a new documentary series featuring The Undertaker will be debuting this Sunday on the WWE Network. This upcoming series is titled Undertaker: The Last Ride and will focus on the latter years of Undertaker’s career in WWE.

WWE recently announced that this series will be five episodes in total and confirmed that the debut episode will be airing following this Sunday’s Money in the Bank event on the WWE Network.

It was also announced that the debut episode will be uploaded to WWE Network’s On-Demand section on May 11th at 10AM EST.

This past Friday’s episode of WWE Friday Night SmackDown drew a final viewership of 1,885,000 on FOX, according to Showbuzz Daily. This was down compared to the initial overnight number of 1,919,000 viewers on the network.