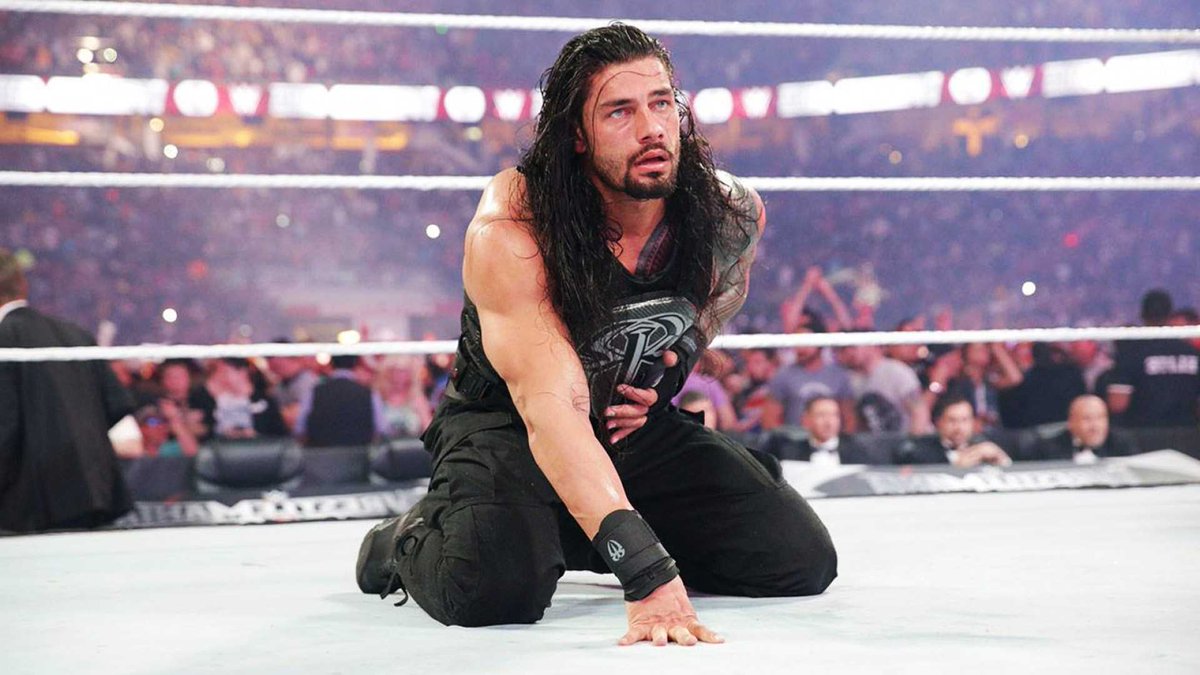 This past Monday’s episode of RAW featured a Top 10 countdown of WWE’s best moments in Money in the Bank’s history. The top moment revealed was Seth Rollins’ cash-in at WrestleMania 31, which notably featured the lack of Roman Reigns in the footage shown.

Fightful’s Jeremy Lambert reported that the reason for Reigns being edited out of Rollins’ cash-in moment was due to on-going efforts by the company to not have Reigns mentioned in any form during shows since his decision to pull out of WrestleMania 36.

Besides Reigns being edited out of the Money in the Bank countdown on RAW, WWE also has edited him out of their Make A Wish video packages that have recently aired on WWE television.

WWE is currently selling a variety of Superstar-themed face masks on their WWE Shop online store.

WWE Shop’s listing stated that these masks are “comfortable, breathable, and compatible with the CDC’s guidance for non-medical face coverings.”

The listing also stated that from now until October 31st, all proceeds generated will be donated to the Americares Foundation, Inc. This charity is currently supporting health care workers on the delivery of critically needed medical supplies for the coronavirus pandemic.

Be A Superstar! #WWE is proud to offer face masks that are comfortable, breathable and compatible with the CDC’s guidance for non-medical face coverings. 100% of the net proceeds from your purchase goes to support @americares. Available now at #WWEShop!https://t.co/P6XGPkXrqx pic.twitter.com/zCJBbmy5mF

As noted before, WWE recently postponed their upcoming tour of Australia and New Zealand, which had been originally scheduled to take place in early August, due to coronavirus-related issues. New rescheduled dates for the tour were not revealed by WWE nor its local promoter in the region at the time.

WWE’s local promoter for the tour, TEG Dainty, stated that all tickets for the original dates will be honored and those requesting refunds will have until May 31st to do so.

ANNOUNCEMENT: @WWE LIVE in Melbourne & Sydney will now take place on July 29 & 30, 2021. Fans who hold onto their tickets have the chance to WIN 1 of 20 Meet & Greets. Visit https://t.co/3h1UDEPBY1 for all the details! @Ticketek_AU #WWEAustralia pic.twitter.com/HPbjcnz7YV