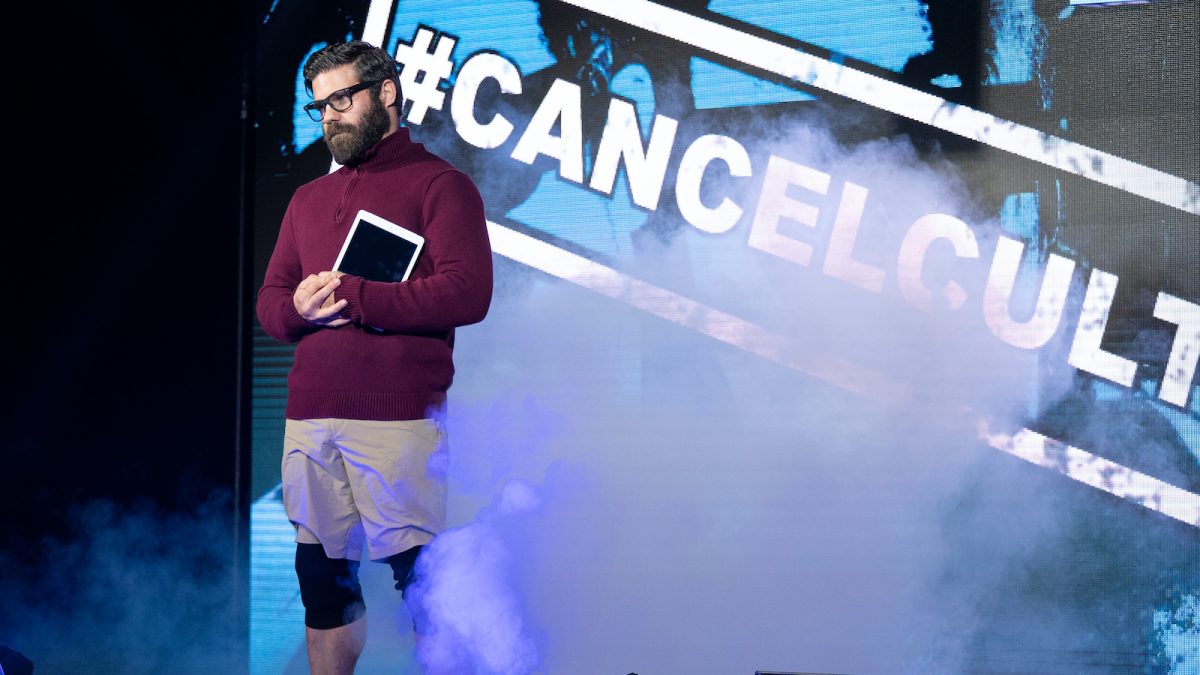 Joey Ryan is another wrestler who’s been the subject of various allegations in the #SpeakingOut movement in the past couple of days.

On Friday, a wrestler named Corinne Mink alleged that Ryan groped her when she picked him up from an airport, and another woman alleged today that he sexually assaulted her. There have also been various other allegations against him.

Ryan posted a response yesterday on Twitter, which can be read below, but he has now deactivated his social media accounts.

Ryan is currently signed to Impact Wrestling, but according to PWInsider, he may now be done with the company. According to their sources in Impact, the belief right now is that Ryan will not be returning to the promotion. There’s been no official announcement yet though.

On Friday, Impact released the following statement to media: “It is a core value of the Anthem organization that we conduct our business with respect and integrity, providing a safe and secure work environment for our employees and performers. We are following carefully the various allegations being made through social media, and are reviewing all incidents involving Impact Wrestling talent and personnel to determine an appropriate course of action.”

I have been watching along with all of you as the #speakout movement has spread across the internet. I am also aware that my name been mentioned as part of this discussion. I have been contemplating how to respond to everything that has unfolded in the last three days. This is an important topic and it truly deserves time it is getting, even if it’s uncomfortable. After speaking with my attorney, I have been advised not to respond to any specific allegations at this time. And the truth in the matter is, I do not want to spend time dissecting which parts of the stories are true, which parts of different from what I remember and which things are outright false. It is important for me to use this platform to take responsibility and not to attempt to minimize the feelings anyone that was hurt by me in order to save face.

So instead, I would like to take this opportunity to publicly share some parts of my private life with everyone. It is not a part of my life that I am proud of, but taking responsibility is important. Today, I must take responsibility for the way I behaved in the past, and I will do that right now. As I am sure you are all aware, several years ago, and all in a short period of time, a lot of things changed in my life. The “dick flip” went viral. I started traveling the world and living a “rock ‘n roll lifestyle.” I came into contact with a lot of people, including women. And, the truth is, I did not always treat people with respect. And I will acknowledge that it was possible that I pursed people I thought were interested in me and invaded their personal space and made them feel uncomfortable in the process.

Nearly two years ago, my ex-wife and I were separated. The separation impacted me greatly and I began to reflect on the person I have been previous to it, and the person that I wanted to be. During that self-reflection, I was not proud of what I saw. As a result, I entered counseling in October 2018 and still attend every week to this day. I have been on prescription medication. I have worked every day for nearly two years to be a person that not only people’s boundaries, but respects people. If you felt that you were a person that I did not treat with respect, I apologize. Aside from this post, I have been reaching out to some of the people involved and we have had positive interactions and started the healing process.

I have worked hard to make wrestling a safe and welcoming place for everyone. I will make up for my shortcomings of the past by working harder in the future to continue to do that. With all of the different social movements happening right now, we need to take this opportunity to listen and learn and continue to strive every day to do better.

This dude is a lying sack of fucking shit, I used to be friends with Joey but the allegations him now and about to come out about him without an doubt are 100% true… https://t.co/5E9181Z7Ay

Bar Wrestling, the Los Angeles-based indie promotion that Ryan founded in 2017, may also be done.

According to SoCalUncensored.com, several people who regularly work for the promotion confirmed to them that the promotion is finished.

The Bootleg Theater in Los Angeles, where Bar Wrestling ran their shows, reportedly ended their relationship with the promotion on Sunday due to the allegations against Ryan, SoCalUncensored says.

In addition to deactivating his own social media accounts, Ryan has also deactivated the accounts for Bar Wrestling.

The promotion’s video library is also no longer available on the Highspots Network.