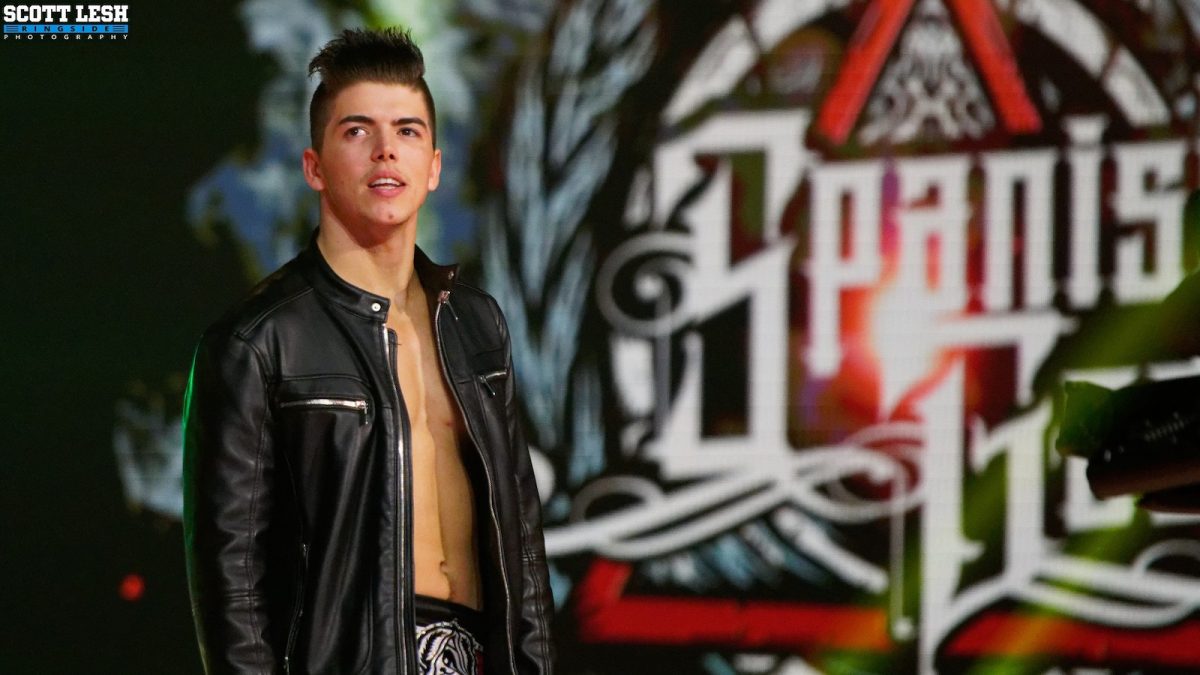 AEW announced that they have suspended Guevara without pay and will “re-evaluate his status within the company” after he “undergoes extensive sensitivity training.”

Sammy Guevara apologized today after a comment that he made about Sasha Banks on a podcast in 2016 was unearthed.

“Bro, Sasha Banks… oh my God. When I was at WWE the other week, I wanted to just go fucking rape that woman,” Guevara said in a “joking” tone on the “RAW’s 4th Hour” podcast in 2016.

The host asked him if he had a WWE tryout, but Sammy said that he was there as “an extra.”

Re-uploading this so as not to give the guy that focused on his fucking tryout instead of the fact that Sammy Guevara says he wanted to r*pe Sasha Banks any fucking clout or credit when he stayed quiet on this for 4 and a half years.
This is fucking disgusting. pic.twitter.com/dbG7QWErXB

After audio of the comment went viral on Twitter, there was a lot of backlash, and Guevara issued an apology.

I’ve made stupid, inappropriate and extremely offensive comments in my past. In my idiotic mind, I thought I was being funny in using words and terms that represent nothing but horror and pain. I am truly sorry for my hurtful words and actions, and I will never forgive myself.

I also want to apologize to @sashabankswwe for my unacceptable comments. She’s an amazing person who didn’t deserve to be the brunt of my offensive remarks. I spoke with her earlier & she helped me learn a gigantic lesson & I thank her for that. Once again, I’m sincerely sorry.

Sasha Banks commented and said that Guevara also personally apologized to her.