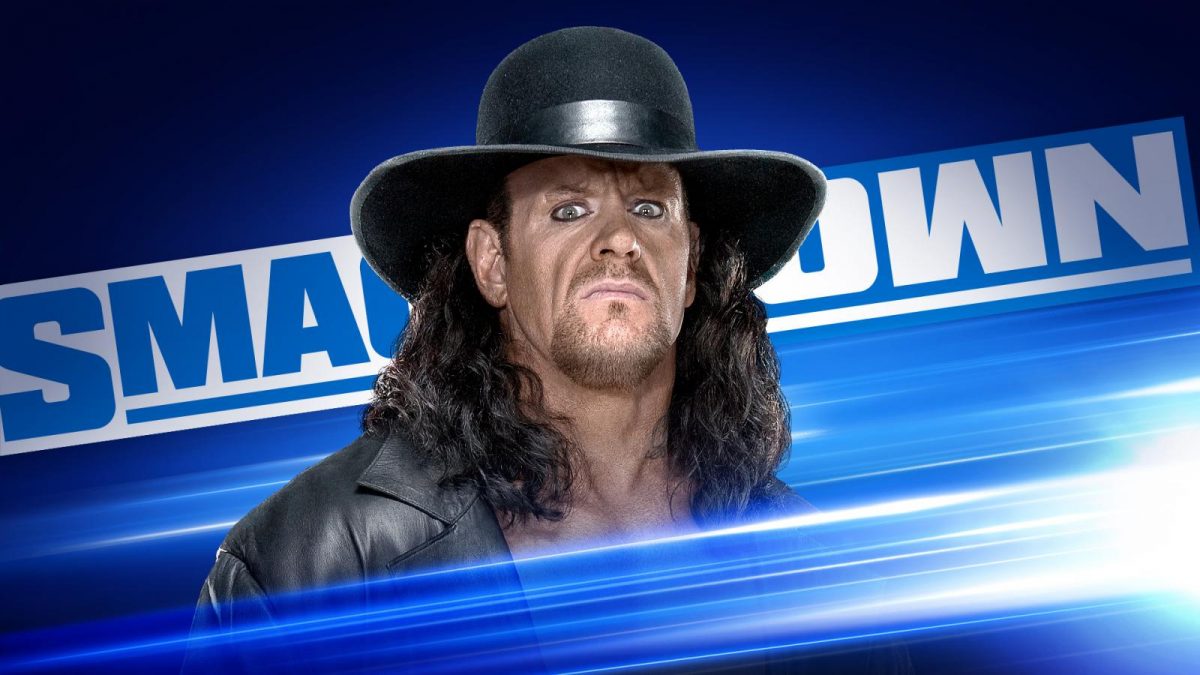 Tribute to the Undertaker

WWE SmackDown kicks off with a video paying tribute to the Undertaker. At the Performance Center, several WWE superstars are on the ramp clapping saying “Thank you Taker”. From WWE Universal champion Braun Strowman to Alexa Bliss to the New Day to Bayley and Sasha Banks, all the big names are on stage.

We see a clip of The Undertaker’s debut back from November 22, 1990 at the Survivor Series.

Back from commercial and there is John Cena and Roman Reigns talking about the Undertaker.

Edge, Christian, Kane and Ric Flair all spoke about the Undertaker’s legacy throughout the 30 years.

They now re-air the entire Boneyard Match from WrestleMania involving The Undertaker and AJ Styles.

Corbin says that’s what the Undertaker was. He was protected for 30 years. He’s been stealing money for the last 20 years and he thinks he is a selfish son of a bitch because he has been holding superior athletes like himself down for a very long time. And now he has to hear all these legends pay their respects to the Undertaker. And after that, all these fools come out and chant Thank you Taker. Corbin says he doesn’t thank the Undertaker. Corbin says Mark Calaway, you suck.

Jeff Hardy attacks Baron Corbin from behind. He throws Corbin to the outside. 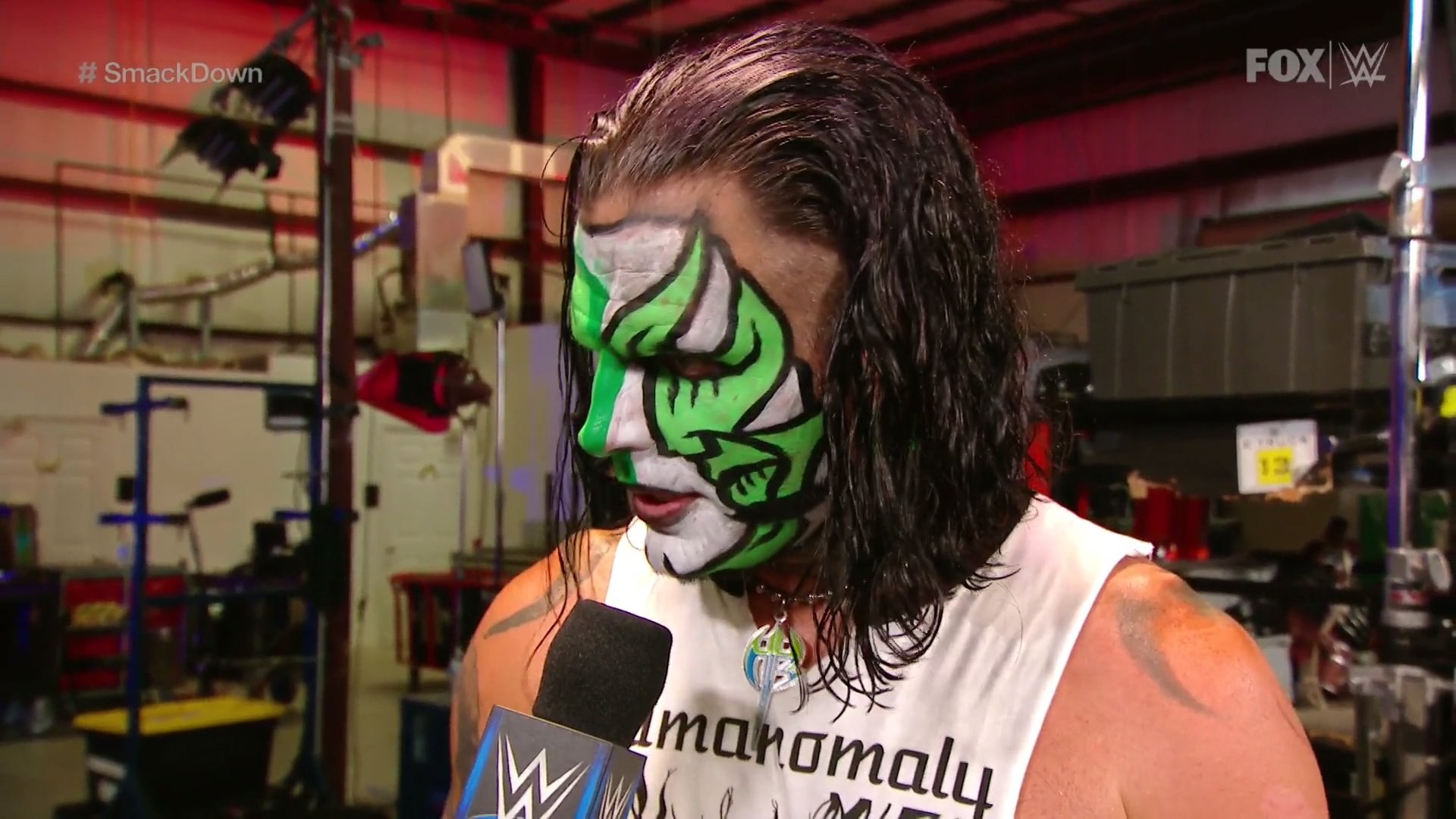 After commercials, Jeff Hardy is walking backstage and he says Corbin’s comments hit a nerve. He says Undertaker was a mentor for everyone and if it were up to him, the Mount Rushmore of WWE would be the Undertaker’s face four times. And since the Undertaker can’t be there tonight, he will step up tonight. He says he got his diploma from Dead Man University as he challenged Baron Corbin tonight.

The bell rings and we are under way. Lacey and Alexa fight as Brooke goes after Cross. Bliss and Cross double team Brooke and Evans taking them down. Nikki goes for a roll up on Alexa but Alexa kicks out. They both shake hands and grapple.

An arm bar by Cross but Alexa reverses it into a cover but Cross kicks out. Alexa runs to the ropes but Evans trips her and drags her to the outside. Evans throws Alexa into the barricade. Back in the ring, Brooke takes Cross down. She goes for the cover but Evans breaks it up. Evans and Brooke start to argue as Cross gets involved. They both take her down. Alexa gets in the ring but she’s taken down.

Evans is in control of the match taking Brooke out as all three women are down. Evans goes for the cover on Alexa but Brooke breaks it up. Evans goes after Brooke as she sends her to the ropes but Brooke with a back elbow takes Evans down. Brooke climbs the top rope and the senton. She goes for the cover but Cross breaks it up. Nikki grabs Brooke but Brooke with a right hand followed by a power slam. She turns around and a right hand by Bliss as she slams Brooke down.

Alexa climbs the top rope. She goes for Twisted Bliss but Brooke gets her knees up. Cross with a drop kick onto Brooke takes her to the outside. In comes Evans who kicks Alexa to the outside. Lacey trips Cross down. In comes Dana but she’s hit with the Woman’s Rights. Nikki rolls Lacey from behind and gets the pin.

The bell rings and we are under way. Big E starts the match with The Miz. Big E with a right hand as he sends Miz to the ropes and a back elbow takes him down. He goes to the outside and drags Miz onto the ring apron. Big E gets on the ring apron and the big splash onto Miz on the ring apron. He goes for the cover but Miz kicks out. Dorado is tagged in and he fleis off the second rope with a splash.

Metalik goes for the cover but Cesaro kicks out. Metalik goes to make a tag but a European uppercut by Cesaro and Nakamura is tagged in. A bulldog by Metalik and Kofi is tagged in. He goes for a flying kick but Nakamura ducks and tags Morrison into the match. Kofi flies off the second rope with a missile drop kick. He goes for the cover but Morrison kicks out. He sends Morrison to the corner and runs towards him but Morison throws Kofi to the outside. Nakamura throws Kofi into the barricade on the outside as he’s thrown back into the ring.

Back from commercial, Miz and Morrison double team Kofi in the ring. Miz with a kick to the face as he goes for the cover but Kofi kicks out. Miz sends Kofi to the corner but Kofi off the second rope hits Miz with a tornado DDT. Nakamura is tagged in as he attacks Kofi. Nakamura with a baseball slide takes Big E off onto the outside. Nakamura slams Kofi into the mat. Nakamura runs towards Kofi but a double stomp by Kofi takes Nakamura down.

Metalik is tagged in and as is Morrison. Metalik flies off the top rope with a cross body. He jumps off the second rope and a hurricanrana takes Morrison down. Miz gets in the ring and he’s taken down with a drop kick. Morrison with a kick onto Metalik. He sends Metalik to the ropes but Metalik with an acrobatic cover as Morrison kicks out. Metalik tags Dorado into the match. Dorado with a shooting star press off the top rope. He goes for the cover but Cesaro breaks it up. All eight men in the ring now.

A fight breaks out as New Day and Nakamura and Cesaro fight to the back. Miz and Metalik are tagged in but Dorado with a springboard stunner onto Miz. Dorado climbs the top rope and a hurricanrana onto Morrison who was standing on the ring apron.

Metalik walks onto the top rope and a flying elbow on Miz. He goes for the cover and gets the win. 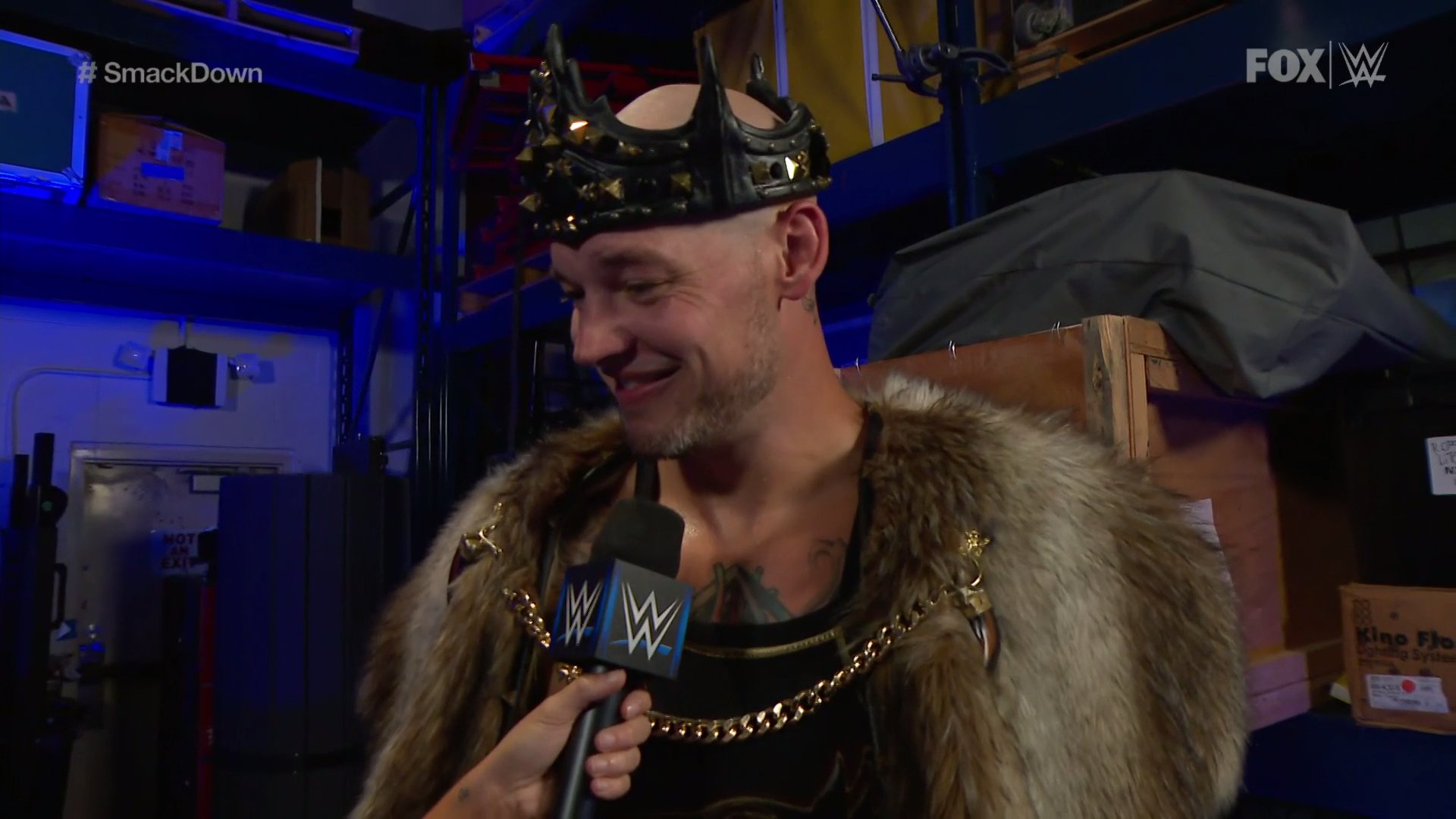 WWE Universal champion Braun Strowman makes his way down to the ring. He says he wants to tell us about when he first met Bray Wyatt. And for the first time in his life, he felt fear. He’s not talking about when you’re a child fear but the type of fear that makes the hair on the back of your neck stand up. That gives you a feeling that something is wrong. The type of fear that makes a grown man tremble.

Strowman says one night they are sitting on the edge of that disgusting swamp with Bray’s lantern on. And while sitting, there was something that started to slither towards his lantern and Strowman wanted to stomp on it but Wyatt told him it’s his first. And Wyatt went face to face with that snake and that snake bit Bray in the face. And all he did was laugh. He laughed as the snake repeatedly bit him and in that instant, he knew that he was in the presence of evil.

Braun says Wyatt didn’t get poisoned, he didn’t bleed or finch when it happened. All he did was laugh. And at that moment, he knew Bray Wyatt was the devil himself. And that’s when he realized Bray was the serpent. He was overcome with emotion. Enamored at what he witnessed and he couldn’t help it. And he started doing the devil’s work. And the bad part was he loved every second of it.

We see clips of a swamp.

Strowman says parts of him still does. He did everything n his power in being able to lock that part away. But it comes for him. And he can’t go on living like this. Strowman tells Bray they go back to the swamp, to that miserable hell Wyatt calls a home. There’s only two ways this will end. He’s either going to come out the most evil son of a bitch this earth has ever seen or he’s coming out in the satisfaction that he spit in the devil’s face, ripped him limb to limb and then he will drag Bray into the swamp and let the alligators finish him. He challenges Bray and says he is ready.

The bell rings and we are under way. A shoulder block by Corbin takes Jeff down. Right hands by Corbin but Jeff fights back. He runs to the ropes but a spinning elbow takes Jeff down. He goes for the cover but Jeff kicks out. Corbin with a punch from behind. He goes for a clothesline but Jeff moves out of the way and a clothesline by Jeff takes Corbin to the outside. Jeff goes for a baseball slide but Corbin moves out of the way and he throws Jeff into the announce table.

Corbin goes to send Jeff once more into the announce table but Jeff reverses it and it’s Corbin that goes over the table. Jeff climbs the ring apron and lands a double axe onto Corbin. He throws Baron back into the ring and stomps on Corbin. Jeff climbs the top rope and the whisper in the wing but Corbin moves out of the way. Corbin throws Jeff shoulder first into the turnbuckle and Jeff falls to the outside.

Baron Corbin gets on one knee and mocks the Undertaker.

Corbin goes to the outside and gets in the face of several WWE superstars. Corbin throws Jeff back into the ring. He goes for the cover but Jeff kicks out. A sleeper head lock by Corbin in the middle of the ring as Jeff gets out of it and a jaw breaker counter. A right hand by Jeff and he runs to the ropes but a forearm takes Corbin down.

Corbin is thrown back into the ring. Jeff climbs the top rope and the Swanton Bomb on Corbin. He goes for the cover and gets the pin.

Baron Corbin attacks Jeff Hardy from behind after the match. In comes Jeff but he’s taken down by Corbin. Big E gets in the ring and hits Corbin with the Big Ending. Jeff tells Strowman to get into the ring. In comes Strowman and the power slam by Strowman onto Corbin taking him down.

Jeff calls Matt Riddle into the ring. Riddle climbs the top rope and hits the Floating Bro onto Corbin.