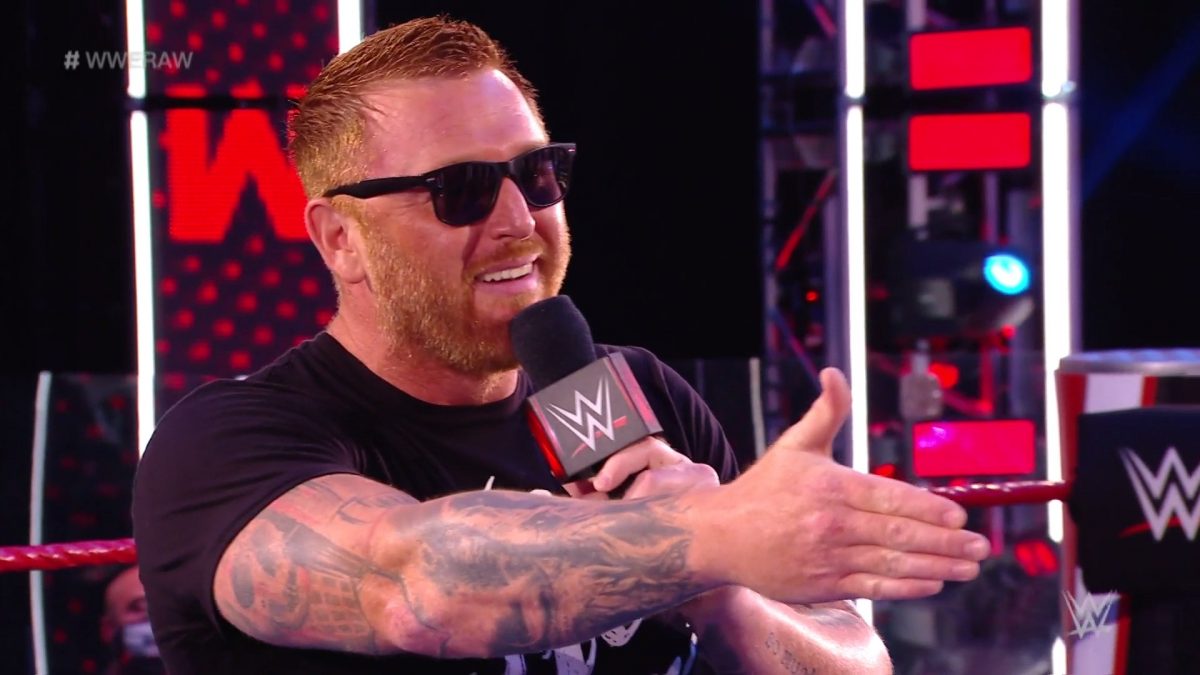 Heath Slater, who was released by WWE on April 15, appeared on Raw tonight in an angle and match with his former 3MB stablemate Drew McIntyre.

While McIntyre was in the ring, Slater came out and said, among other things, that he and McIntyre go way back and when McIntyre was first released years ago, Slater called him all the time. But when Slater was released, McIntyre never called him. He then challenged McIntyre to a match and slapped him in the face, and McIntyre accepted. The bell rang, Slater charged at McIntyre, but was immediately hit with a Claymore and pinned.

Dolph Ziggler attacked Slater after the match, but McIntyre made the save, then McIntyre and Slater embraced in the ring and bowed to the audience, with Slater basically signaling goodbye to WWE.

I love you all. Thank you my friend my brother @DMcIntyreWWE pic.twitter.com/xkMW4Njlsd

Slater will officially become a free agent around July 15. He has been teasing something for July 18, which is the date of Impact’s Slammiversary PPV. Impact has also teased bringing in Slater, with Rhino saying on Impact TV a few weeks ago, “I’ve already got a tag team partner… and he’s got kids.”