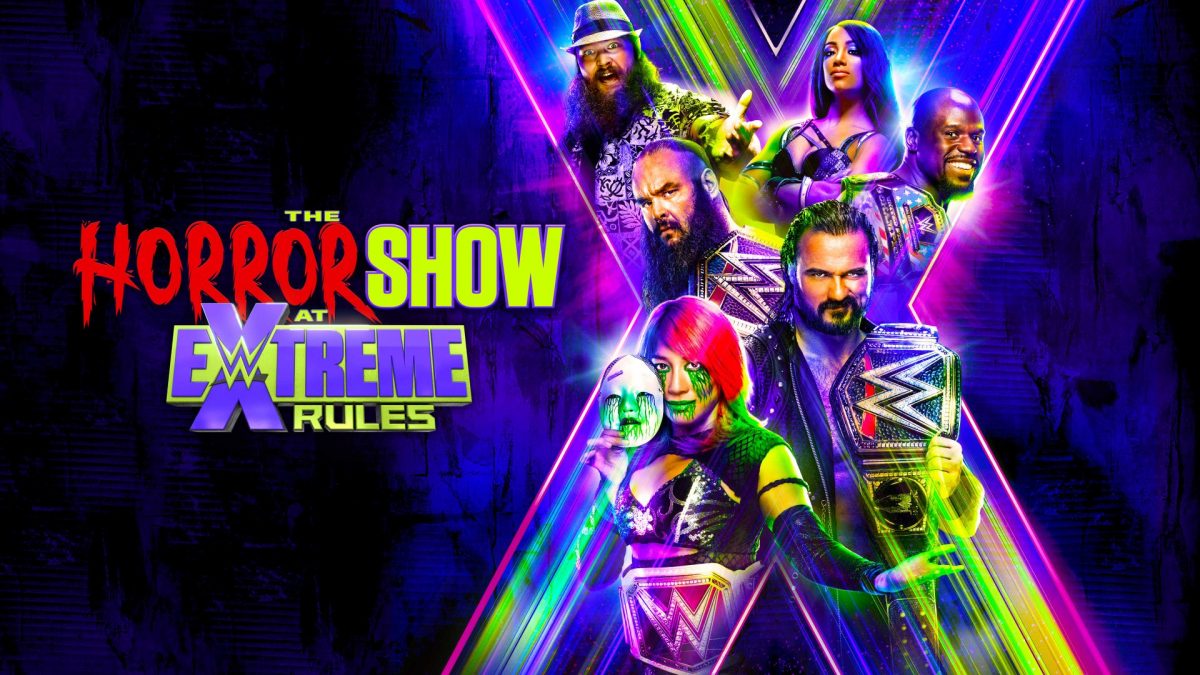 The Eye for an Eye match at “The Horror Show at Extreme Rules” was the only match that was not live at the Performance Center and was taped earlier in the day on Sunday, PWInsider’s Mike Johnson reported. Johnson also reported that Vince McMahon was heavily involved in the production and layout of the match, including picking out the specific weapons that were used.

Johnson also reported that the original planned finish was for Rey Mysterio’s eye to pop out with the use of prosthetic makeup, leading to the Seth Rollins vomiting spot afterwards. Vince McMahon reportedly hated how the special effects looked and made the decision to change the finish but kept Rollins’ vomit spot intact.

In regards to the other matches on the event’s card, Johnson reported that the controversial non-finish to the RAW Women’s Championship match between Sasha Banks and Asuka was specifically done to try to boost viewership interest for this past Monday’s episode of RAW. The finish for the match was changed over the course of Sunday and at one point, Asuka had been booked to defeat Banks via the Asuka Lock.

In regards to the main event match, Johnson reported that there was a lot of internal discussion over the day about which match would close out the show between the WWE Championship match and Swamp Fight match. The final decision was made to go with the Swamp Fight match.