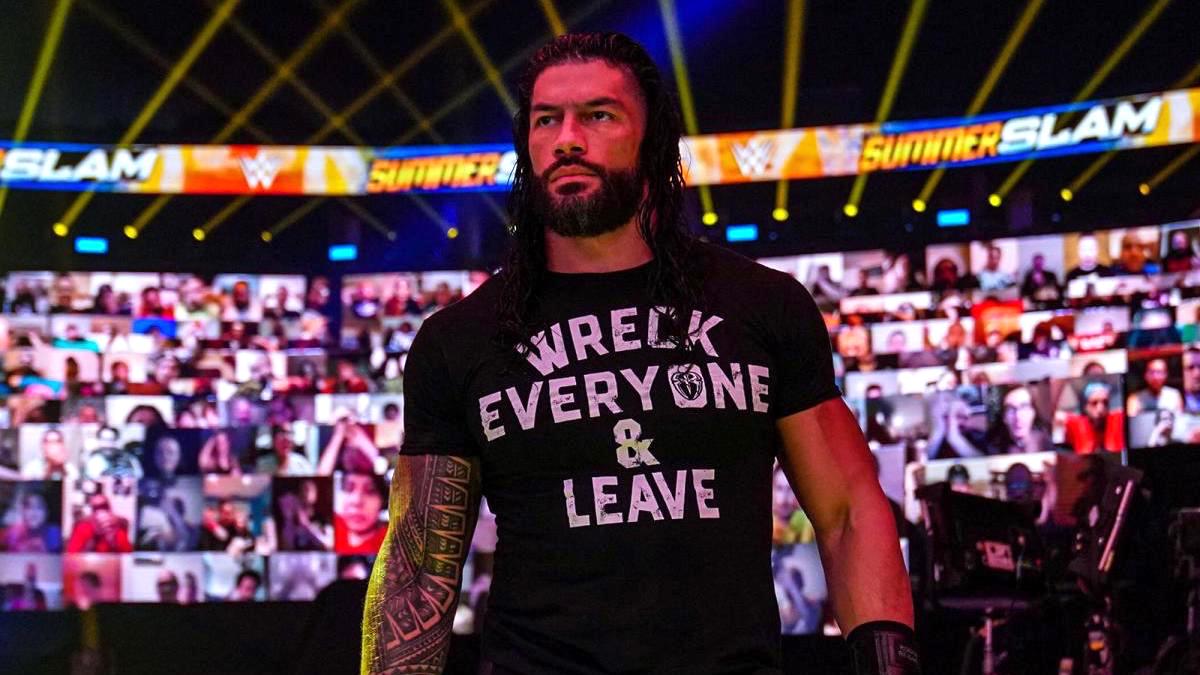 This past Sunday’s SummerSlam event featured Roman Reigns making his surprise return to WWE. Prior to his return, Reigns had been away from the company since late March due to coronavirus pandemic and family related issues.

As noted before, WWE announced that this year’s scheduled Hall of Fame ceremony had been indefinitely postponed due to issues related to the coronavirus pandemic in the United States.

BodySlam.net’s Cassidy Haynes reported that WWE officials had plans at one point to hold multiple smaller induction ceremonies throughout the year in order to “piecemeal” this year’s class into their Hall of Fame. Haynes reported that the company planned for these smaller ceremonies to take place during episodes of RAW and SmackDown and not at any pay-per-view events. Those plans reportedly were dropped due to issues with the on-going coronavirus pandemic and “other factors.”

WrestleVotes reported that the WWE’s current plans are to induct the class of 2020 during next year’s WrestleMania 37 festivities in Inglewood, California.

United Kingdom-based newspaper The Daily Star held a recent interview with Jeff Hardy and one of the topics discussed included Hardy’s thoughts on WWE using his real life past alcoholic addiction issues for storyline purposes.

“The stuff with Sheamus that’s happened most recently, I knew there was a great outcome in it. I knew that bar fight was going to be cinematic and good. All the stuff building up to that match, I just knew the outcome was going to be fantastic. And it’s good to face challenges like that because there’s so much negativity in the world. I’m not a social media guy at all, I don’t read comments or the negativity of people who thought it was wrong or that [WWE] were treating me [badly], I don’t read any of that. I’m just confident in myself to get through it, and when I get a feeling that something’s going to be good, I just run with it.

I’m always interested as everybody is different in so far as how the viewer feels watching at home, especially hardcore fans of mine. Even thinking back to the stuff with CM Punk when I was failing drugs tests, they turned it into a storyline and that’s what I mean when I talk about roller-coasters of good and bad. Throughout all of that, so long as I can continue to do good, especially with this, my last chance to get it right, it is going to inspire people around the world that I’ll never meet, that need to stay sober to survive. Hopefully I’m doing that through the television screen and helping people I’ll never know.”

Hardy also stated that when he first learned of the idea for a cinematic Bar Fight match, he wrote a whole script for the match but most of his ideas were not used.

“When the idea of the bar match was thrown out there, I wrote up a whole script of how the match would possibly go. Most of it never happened, but I do love [doing] that. A lot of that stuff I said in that first meeting of me and Sheamus in the bar was stuff I actually wrote… it felt good to have ideas that they liked and bring them to life, just from being involved in the recovery world.”