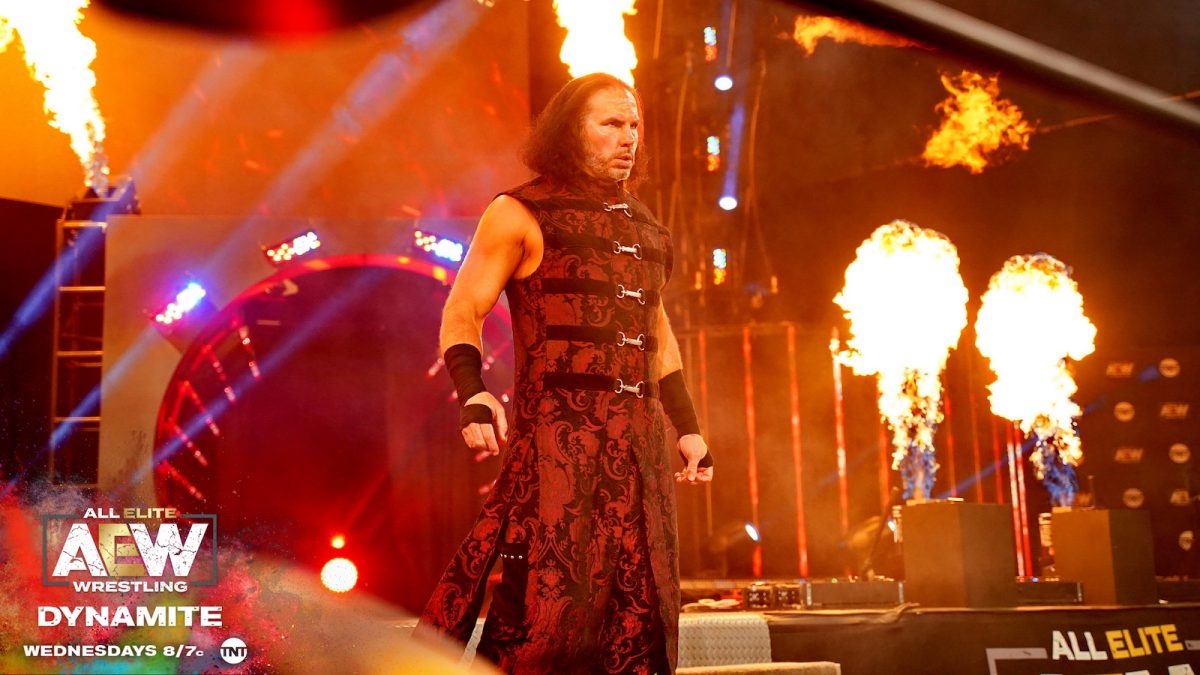 As noted before, Matt Hardy suffered a head injury during his Broken Rules match at Saturday’s AEW All Out event. Following some confusion between the match’s referee and AEW’s head doctor, Hardy was able to finish his match and was sent to the hospital afterwards as a medical precaution.

AEW CEO Tony Khan stated on Twitter that Hardy was released from the hospital earlier today and he did not suffer a concussion based on his MRI and CT medical scans. Khan also stated that Hardy is currently scheduled to appear on this upcoming Wednesday’s episode of AEW Dynamite to thank the fans for their support.

An update on Matt Hardy: it’s great news! Matt’s ok, we sent him to the hospital as a precaution & he’s passed the MRI + CT scans, he doesn’t have a concussion, and he’s being driven home now. Matt will be at Dynamite on Wednesday night to thank you amazing fans for your support!

Dave Meltzer reported on a recent episode of the Wrestling Observer Radio that both Sydal and Allin were stated to be feeling okay backstage following the match.

During AEW’s All Out post-show media scrum, Jon Moxley talked about dealing with the hot weather conditions throughout the event.

“Shit yeah, I felt that! I’m glad you asked that question. My wife went out this morning and took the trash out and was like ‘it’s extra humid this morning,’ and that was like ten this morning! That was a great sign for today. It is HOT. All these tapings. Shout out to all the men and women in AEW out there busting their ass at Daily’s Place in the summer. It’s hot. Today was especially humid.

I had to walk up 37 million flights of steps because the wanted me to do that entrance at the top of the stadium. I’ve been sweating all day. I sweated through four shirts today! I’m horribly dehydrated. I get to the top of the stairs, and I’m in a full sweat. I’ve got ice on my head, trying to stay cool and haven’t went into the ring yet. It’s a soul sucking humidity. Not even like you’re out of breath. You’re in quicksand. All the great champions and athletes in AEW suck it up and get through it. Keep that in mind when you’re watching all the great men and women in AEW. We’re suffering through horrible humidity right now!”

Fightful also asked Tony Khan about the issue and he stated that the company took precautions to ensure talent remained hydrated during the event.

“We’re allowed to perform indoors, it’s a choice. (We’re) pushing hydration very hard. The doctors push it, I push it, the coaches and referees push it. We have, literally, thousands and thousands of water bottles around here. There’s no shortage of water bottles. The heat and humidity in the summer is typically very high in Jacksonville, but COVID-19 has been first and foremost…to be honest with you, I think it’s better to be outdoors and manage the heat and utilizing hydration. This is the same environment many football teams play in. Outdoors, the risk and spread of the virus is far, far, far lower. Everybody here has been tested, but for safety, I think the best thing to do is run outdoor shows and we’ve been running outdoor shows for months. It’s the best environment, even though there are some drawbacks like the climate. Being outside and in the open air is a positive for what we’re trying to achieve; keeping everybody safe and minimize the spread of COVID.”