The Identities of RETRIBUTION on Tonight’s Raw 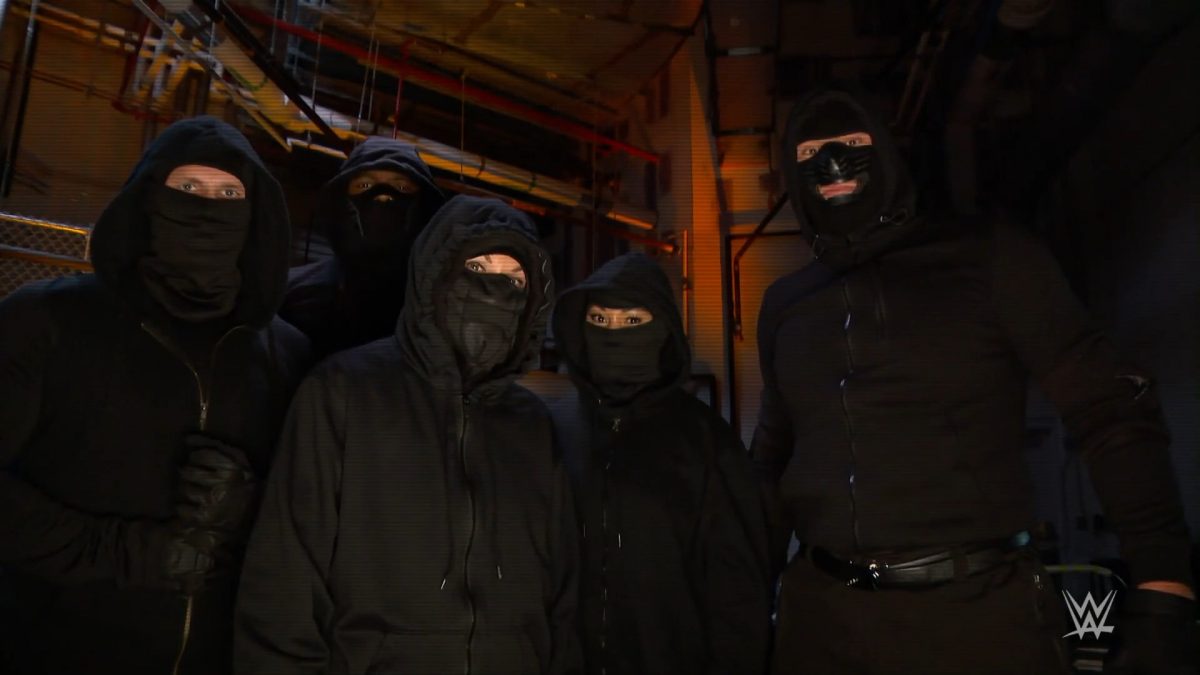 During tonight’s Raw, RETRIBUTION showed up on the video screen after a Cedric Alexander vs. Ricochet match, with five main members on screen.

According to POST Wrestling, who say they were “told the identities” and they were “listed on the internal roster,” the five members were Dominik Dijakovic, Shane Thorne, Mercedes Martinez, Mia Yim and Dio Maddin.

On last week’s Raw, Dijakovic, Yim and Martinez were also part of the group, and they were also reportedly joined by Mojo Rawley, who was not on this week’s segment. Several “extra” members also appeared this week behind the main members at the end of their promo.