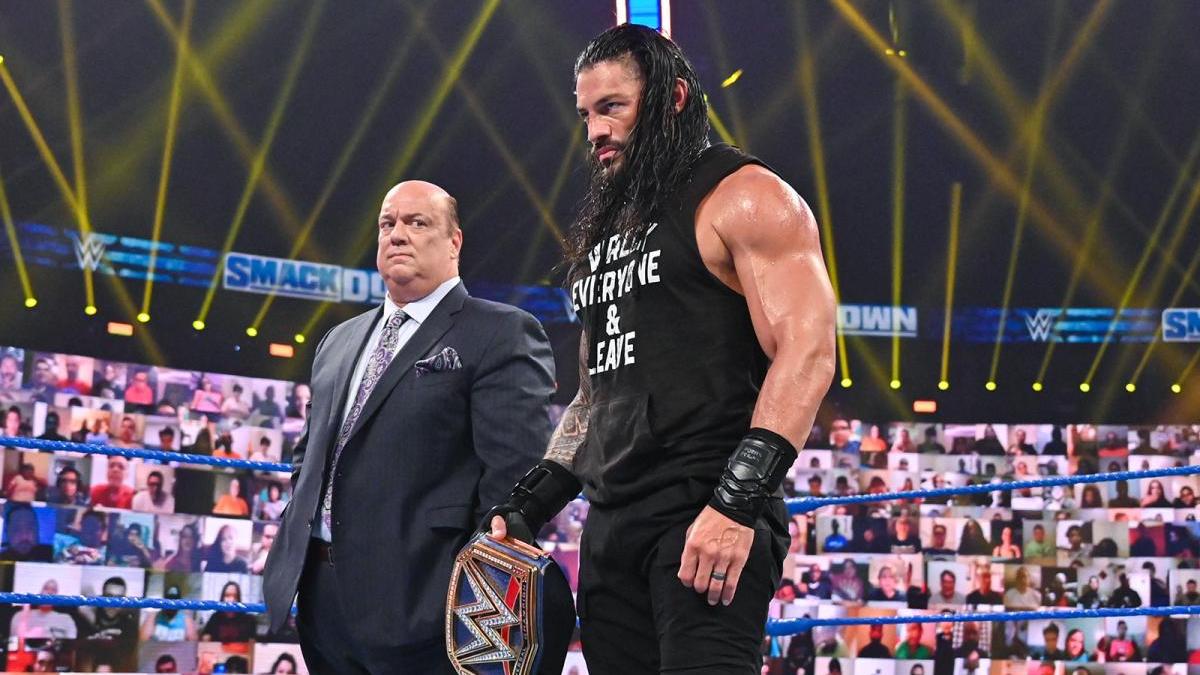 Roman Reigns has been in an on-screen partnership with Paul Heyman since the August 28th episode of WWE Friday Night SmackDown.

With the Reigns and Heyman partnership, Meltzer reported that the idea is for their pairing to be less friendly with Reigns being completely in charge of the pairing and Heyman being indebted to Reigns for saving his career after Lesnar left. Heyman changing from being an advocate of Lesnar to being a “special counsel” of Reigns is meant to help differentiate Heyman’s role in his new pairing. Meltzer also reported that Reigns being called the “Tribal Chief” is meant to be a call back to Peter Maivia’s role in wrestling and Samoan culture in the 1970s.

Dave Meltzer reported in this week’s Wrestling Observer Newsletter that WWE officials current plans for Retribution is for the group to have five main people be the main focus for the group on television.

Meltzer also reported that this group is still planned to be exclusive to the RAW brand.

As noted before, an image representing the likeness of former Impact Wrestling talent Tessa Blanchard was discovered in an officially sponsored pre-release stream of WWE 2K Battlegrounds on Twitch.

The photographer of the original Blanchard photo, Basil Mahmud, stated on Twitter that he did not give permission for his photo to be used in the game but has spoken to 2K Games to resolve the issue.

2K Games released a new patch for the game earlier today that removed the image of Blanchard’s likeness and replaced it with a different image for the game’s Royal Rumble mode.