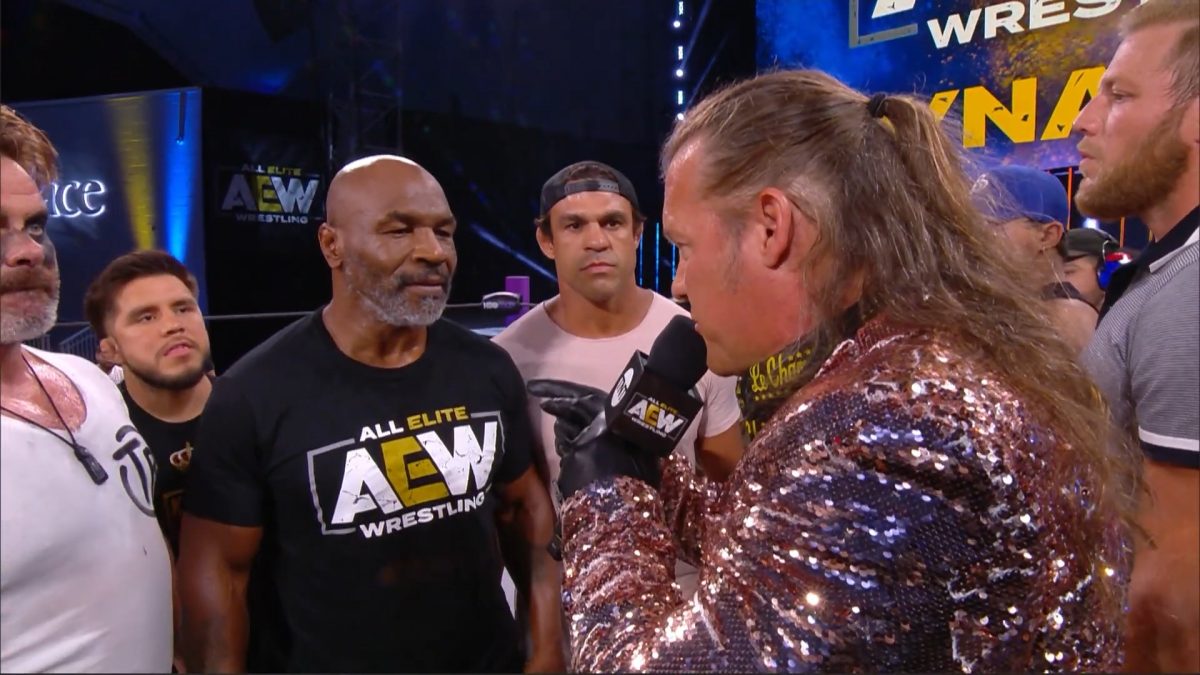 Chris Jericho says he was originally supposed to face Mike Tyson at the All Out PPV last month, but the two sides “couldn’t get it done in time,” so Jericho wrestled Orange Cassidy in the Mimosa Mayhem match instead. The Mimosa Mayhem match was still planned, but apparently would have taken place on a Dynamite instead.

Here’s what Jericho had to say on his “Saturday Night Special” YouTube video on Saturday: (h/t: Fightful)

Originally, I was supposed to work with [Mike] Tyson at the September pay-per-view, All Out 2, and we just couldn’t get it done in time. So, the second match I had with Orange was originally going to be the Mimosa Mayhem but we moved it to the rubber match position.

Tyson appeared on Dynamite in May and did a brawl angle with Jericho and the Inner Circle, then the two teased a match. Tyson cut a brief promo backstage after the brawl (the video was posted on AEW’s Twitter), saying, “I’m telling you, this is not over. I’m coming back and Jericho’s gonna get his ass kicked.”

In July, it was announced that Tyson would return to the boxing ring for an exhibition match against Roy Jones Jr., which was originally scheduled for September 12, a week after All Out. That likely was a major reason why Tyson wouldn’t have been able to wrestle at All Out. The boxing match has now been delayed until November 28.