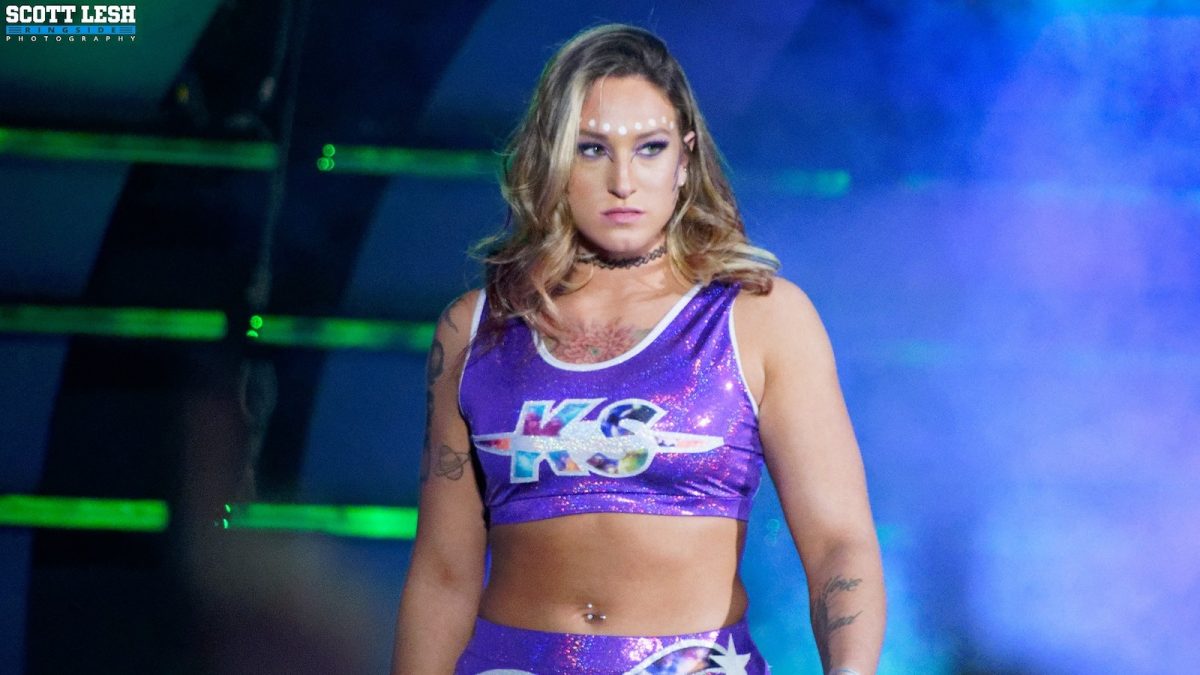 Kris Statlander Comments on Status of Her Knee Injury Rehab

A recent episode of the Wrestling Inc. Daily podcast had Kris Statlander as the guest and some of the topics discussed included the current status of her knee injury rehab and her thoughts on her rehab process and cause of the injury.

On the topic of the status of her knee injury rehab, Statlander stated:

“I’m doing pretty good. I think from what I’ve heard overall is that I might be a little bit ahead of others where I’m at right now, but I still have a real long way to go before I can re-debut basically and get back in the ring before I’m debuting again obviously, and I’m going to want to be training a little bit before. So I’ll be able to get in the ring before you’ll see me back on TV. It could be another eight months or so.”

On the topic of her thoughts on her rehab process and cause of her injury, Statlander stated:

“It’s been more mentally challenging than physically challenging at times because physically, I have the ability to keep pushing myself and to just keep doing everything I need to, and I’ll go harder than I probably should be to try and do my rehab and stuff like that, but mentally, you’re sitting at home all day and you’re alone all day because you can’t go out and go do anything. You can only work out for so long in a day when you’re injured and you just see all your friends, and everyone doing awesomely on TV and you’re just like, ‘Man, I just want to be a part of that so bad, and I just feel like I’m useless to this division.’ So there was a good two-three straight months where I cried every single night because I felt like I had just been failing everybody, and I don’t even know what happened when I got injured.

I just did a suicide dive, and the way I landed, I guess, was not perfectly right. You can actually see the dive on TV when I heard it, but all you see is me quickly grab my leg when I go down, and then the camera’s off of me. But it doesn’t even look like I did anything super insane, or it doesn’t look very noticeable. ‘Oh, she messed up her leg there.’ You cannot tell at all. So I had no idea what happened. I just kind of felt a little ‘pfft’ in my leg. It didn’t even hurt that bad either. I was just like, ‘Oh boy.'”

United Wrestling Network recently announced that they will be holding a new tournament to crown their first ever Primetime Live World Champion.

UWN also announced that this 8-man tournament will start on next week’s episode of Primetime Live and features talent from the NWA, AEW, MLW, and NJPW.

These are the eight men who will compete in the upcoming open-weight, multi-week tournament for the #UnitedWrestling World Championship!#PrimeTimeLive pic.twitter.com/AulYoknLDs

This past Wednesday was the 48th anniversary of All Japan Pro Wrestling’s first ever event. Legendary wrestler Giant Baba founded the promotion following his split from Japanese Wrestling Association in 1972.

Prior to the series cancellation, a signed letter from several cast members of GLOW was sent to Netflix executives outlining their issues with the portrayal of people of color on the series, specifically the usage of racial and offensive stereotypes for minority characters and roles. The letter also asked for changes to be made to address these issues for the show’s benefit.