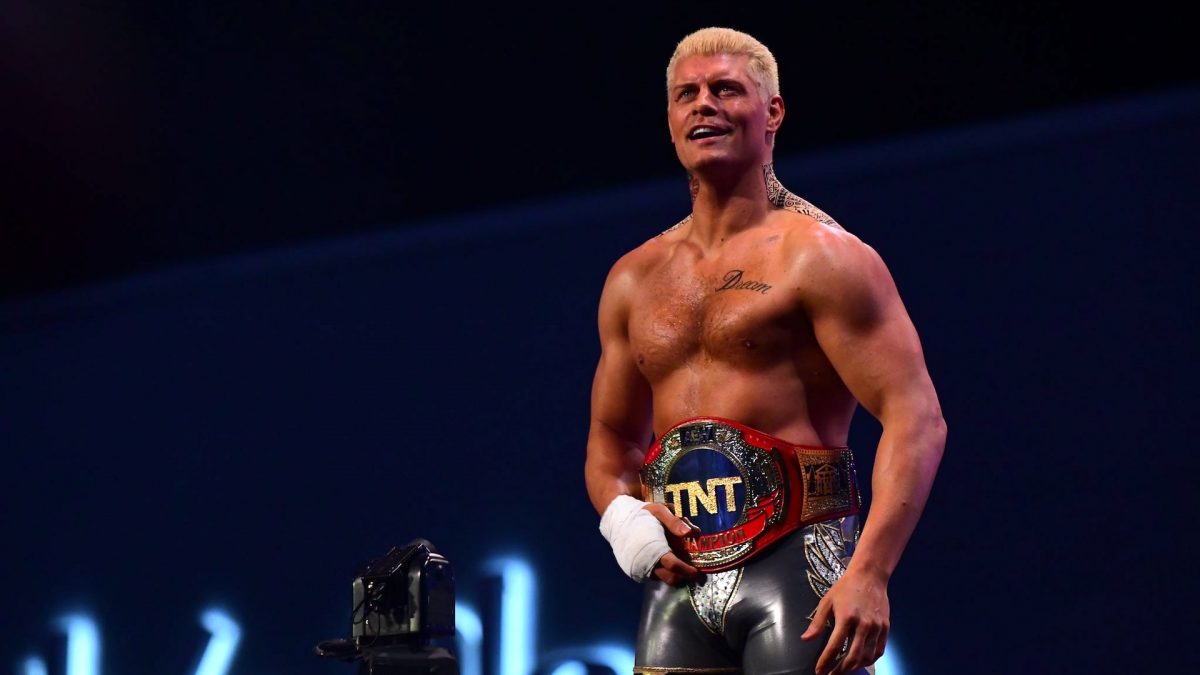 Cody held an AEW Full Gear 2020 media call this past Thursday discussing a variety of topics related to AEW and himself.

Some of the notable highlights included:

AEW reportedly have sold around 880 tickets out of 925 for the capacity limit for this Saturday’s Full Gear 2020 event at Daily’s Place in Jacksonville, Florida as of this past Thursday, according to the Wrestling Observer Newsletter.

Tony Khan recently announced that the main event of Full Gear 2020 will be the I Quit match between Eddie Kingston and Jon Moxley for the AEW World Championship.

A new stipulation was recently added to the AEW World Tag Team Championship match between the Young Bucks and FTR. Besides the Young Bucks never being allowed to challenge for AEW’s tag team belts should they lose, FTR’s manager Tully Blanchard will also now be banned from ringside for their match.

The reason for the lack of a Miro & Kip Sabian vs. Best Friends match on the card of Full Gear reportedly is due to AEW officials currently view the feud as a long-term program for their AEW Dynamite television series, according to the Wrestling Observer Newsletter.

In a recent interview with Bleacher Report Live, AEW CEO Tony Khan stated that the reason for Nyla Rose’s absence from television and the weak build for the AEW Women’s World Championship match was due to recent personal issues involving Rose’s manager Vickie Guerrero.

“I would have liked — Vickie Guerrero was unavailable. Not because of illness. It was not anything like that, but Vicky had been unavailable to us for personal reasons between her and us, these last couple weeks and I would’ve liked to have seen a little bit more of Vickie and Nyla in the build and that’s because Vickie had said, ‘Nyla’s not gonna be around, not gonna do anything until she gets a chance to challenge for the title.”

Dave Meltzer reported in this week’s Wrestling Observer Newsletter that the reason for PAC’s lack of appearances for AEW is due to quarantine-related travel issues with the United Kingdom.

Meltzer reported that AEW officials have less issues with getting PAC into the United States but every time he would fly back home, he would be required to go under quarantine for two weeks based on current U.K. government travel rules for the coronavirus pandemic.

Meltzer also reported that AEW officials already have storyline plans in place for PAC when it becomes feasible for his return to the company.