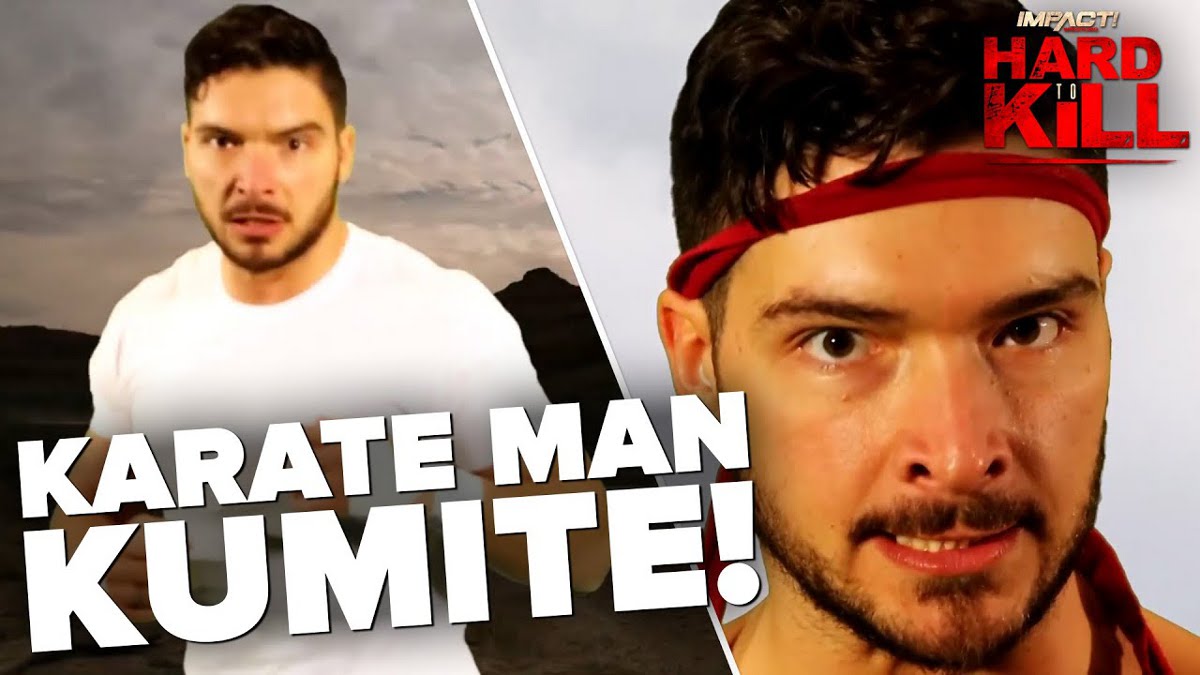 Impact Wrestling’s Hard to Kill event on Saturday featured a cinematic match between Ethan Page and The Karate Man. While Page left Impact at the start of this year, this cinematic match was taped this past November while he was still under contract with the company.

Following the match, Page stated on the Major Wrestling Figures Podcast group page on Facebook that he was “embarrassed” over the poor editing done by Impact to his cinematic match at the event.

“From the afterlife. I’m going to take a full blown break from social media. I’ll be staying active on my personal Patreon as much as I can & probably in this group too cuz I love the fig life & u guys. Xoxox. But man…last night sucked.

I’m so embarrassed with how IMPACT! lazily edited that segment last night & forced it to be a joke. I felt the thought of the same guys fighting each other was comedy enough & the more serious we took it the better the reaction would be. But cuz I left the company, they lied to my face & just did what they wanted the whole time.

I’m sorry if any of my fans paid for that PPV & felt cheated. I honestly feel the free version I gave away was made with more love, care & attention to detail. Sadly I have no control over the creative or final product & the editor refused to send it to me before hand…so I saw it live with you guys & was surrounded by family. All scratching their heads at that high school project level delivery on a PPV.

I pray people know I didn’t edit that hot garbage. I actually begged IMPACT! Not to even have Karate man on tv. I only wanted it for my YouTube channel. But … we don’t write the shows. We just get the scripts & do our best. Idk what else to say. Breaks my heart this company refuses to respect its talent or it’s fan base on a regular basis. I tried.”