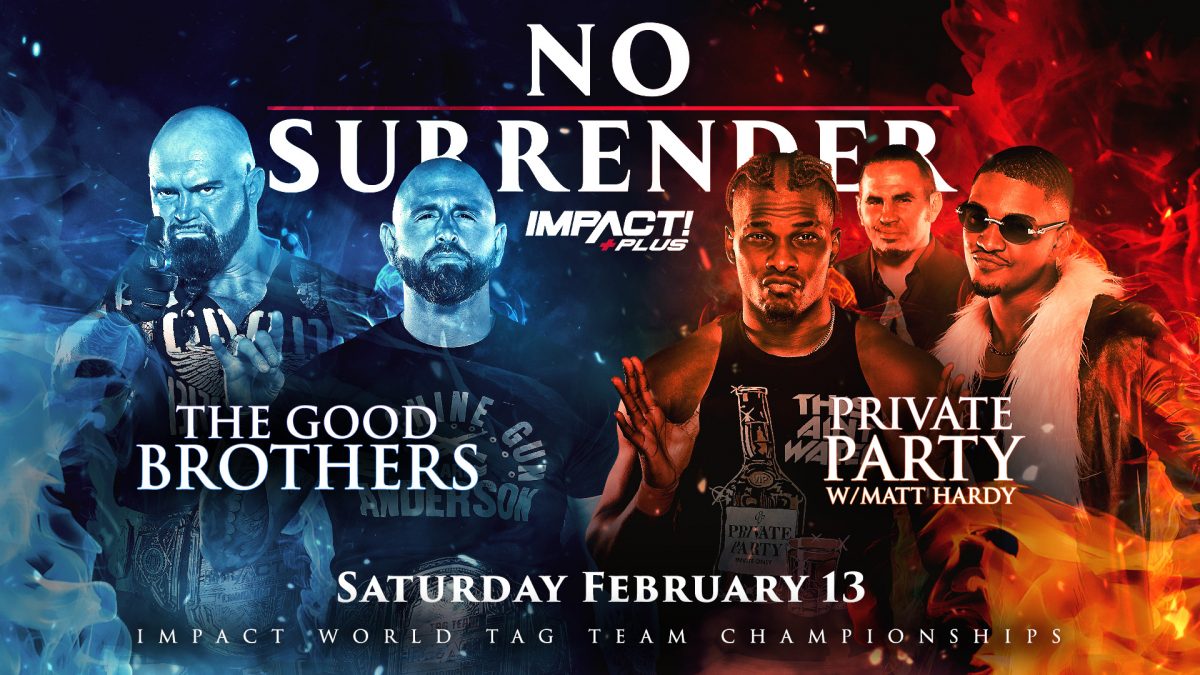 The Good Brothers will defend their Impact Tag Team Championship against Private Party on Impact’s “No Surrender” special on Saturday, February 13 at 8 PM ET.

No Surrender will stream on Impact Plus, which costs $7.99 a month.

Private Party made their Impact debuts alongside manager Matt Hardy on this past Tuesday’s Impact episode and defeated Chris Sabin and James Storm to earn the title shot.