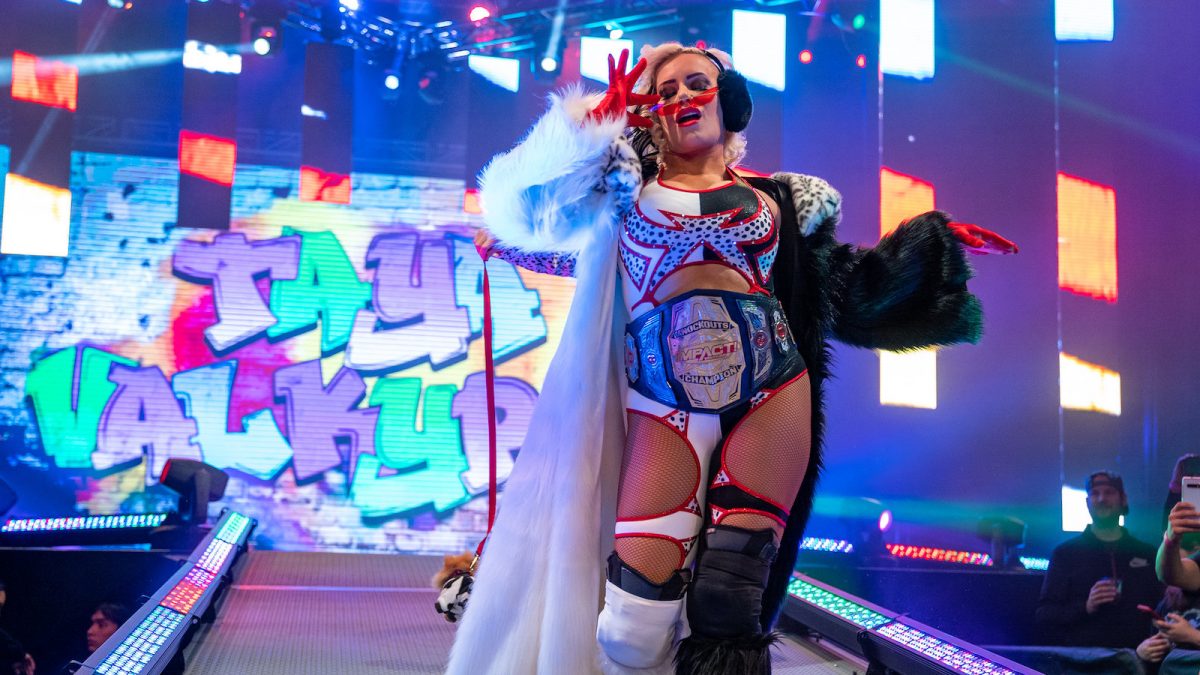 Taya Valkyrie made her last appearance for Impact on tonight’s episode.

Impact wrote her off by having her be revealed as the person who set up Larry D to shoot John E. Bravo during the Bravo and Rosemary wedding angle on Impact a few months ago. Bravo, Tommy Dreamer and Acey Romero confronted her backstage, saying they had proof it was her, including footage and her fingerprints on the gun. Taya then angrily admitted she was behind the shooting and said Bravo was useless and she wanted to break up his and Rosemary’s wedding, and that her only regret was that Bravo didn’t die… Security then came to take her away.

Romero asked where they’re going to take her and Dreamer joked, “If she’s lucky, she’ll go to Jacksonville State Prison. If she’s not that lucky, I think they’re gonna send her to Stamford Maximum Penitentiary for two years, maybe an option for three, and trust me, that’ll change a person’s soul forever.” Romero then added, “I hope they don’t send her to Baltimore.” Jacksonville of course refers to AEW, Stamford to WWE, and Baltimore to ROH.

Later, as Taya was being taken away, she was met by Rosemary and they embraced and hugged, with Taya telling her that one of her favorite parts of her time at Impact was Rosemary being by her side.

She FRAMED @legendoflarryd and is going to jail. #IMPACTonAXSTV pic.twitter.com/RK5YOTvTbM

Valkyrie, who joined Impact in 2017, had a three year deal, which expired at the end of last month. Despite her contract expiring, she appeared on Saturday’s Impact Hard to Kill PPV, losing to Deonna Purrazzo in a Knockouts Championship match.