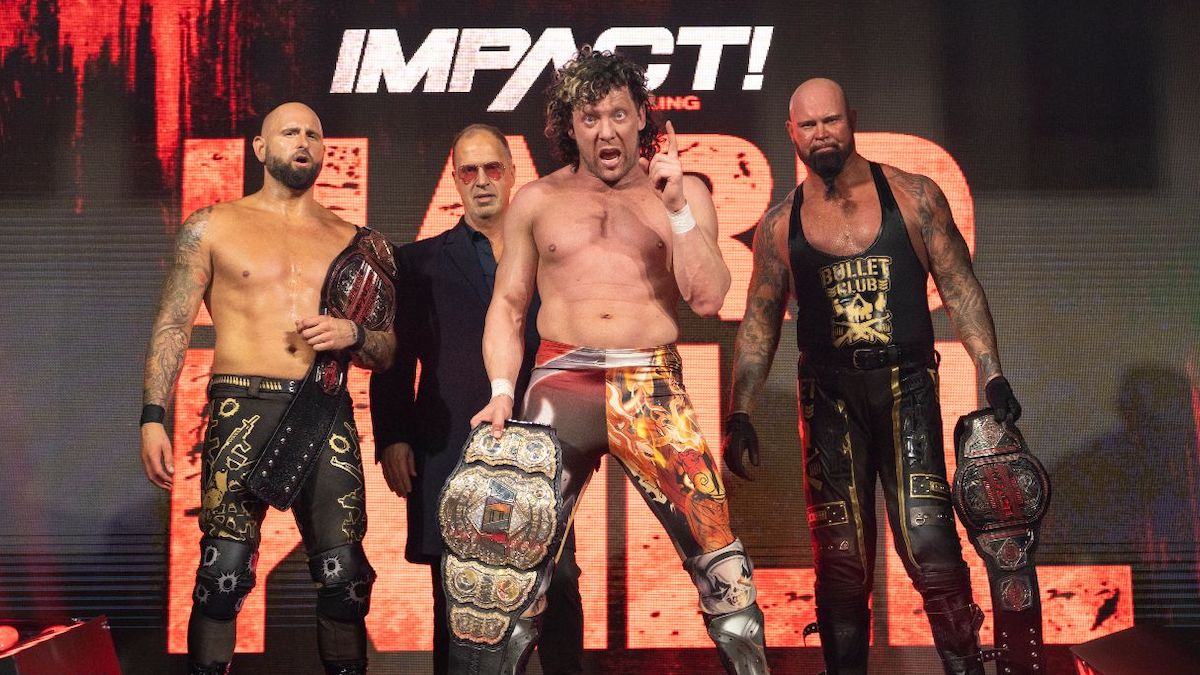 TV Insider held a recent interview with Kenny Omega and one of the topics discussed included his thoughts on him currently working for several companies, including Impact Wrestling.

“I went to IMPACT, [Lucha Libre] AAA [Worldwide] and back to AEW, so I have been able to see three different rosters—all incredibly talented, regardless of what fans say is the best. As a performer, I’d love to work with each and every one of them. It’s exciting that we’ve blown the doors wide open and there are all these potential opponents. I just hope as we present these new matches, the fans enjoy watching them as [much as] we enjoy performing them.”

This past Tuesday’s episode of Impact Wrestling Impact! featured the return of James Storm, who teamed with Chris Sabin in a tag team match against AEW’s Private Party.

Fightful Select reported (via WhatCulture.com) that Storm is currently not signed to a full-time contract with Impact but will appear on at least three upcoming episodes due to him working at Impact’s television tapings this past weekend.

It was reported that the reason for Storm’s appearance on this week’s episode was due to Impact officials wanted to give Sabin someone notable as a partner for his tag team match against Private Party while Alex Shelley is absent from Impact television.

Johnson reported that Sapolsky filed a motion to have the lawsuit dismissed on January 8th. In the filing, Sapolsky claims that the court lacks the legal jurisdiction over him due to him not living in Illinois and is only in the state sparingly for work related reasons. The filing also stated that he did not hire Cartwright to work at the EVOLVE 104 event in question in Illinois and “she came to the event on her volition, insisted on attending the event, and paid her own expenses.”

Sapolsky also claimed that he was not in Illinois nor did EVOLVE hold an event in the state during the weekend in question in April 2017. Sapolsky’s filing also mentioned that Cartwright’s lawsuit fails to state a “cognizable claim” under the Illinois Gender Violence Act (IGVA).