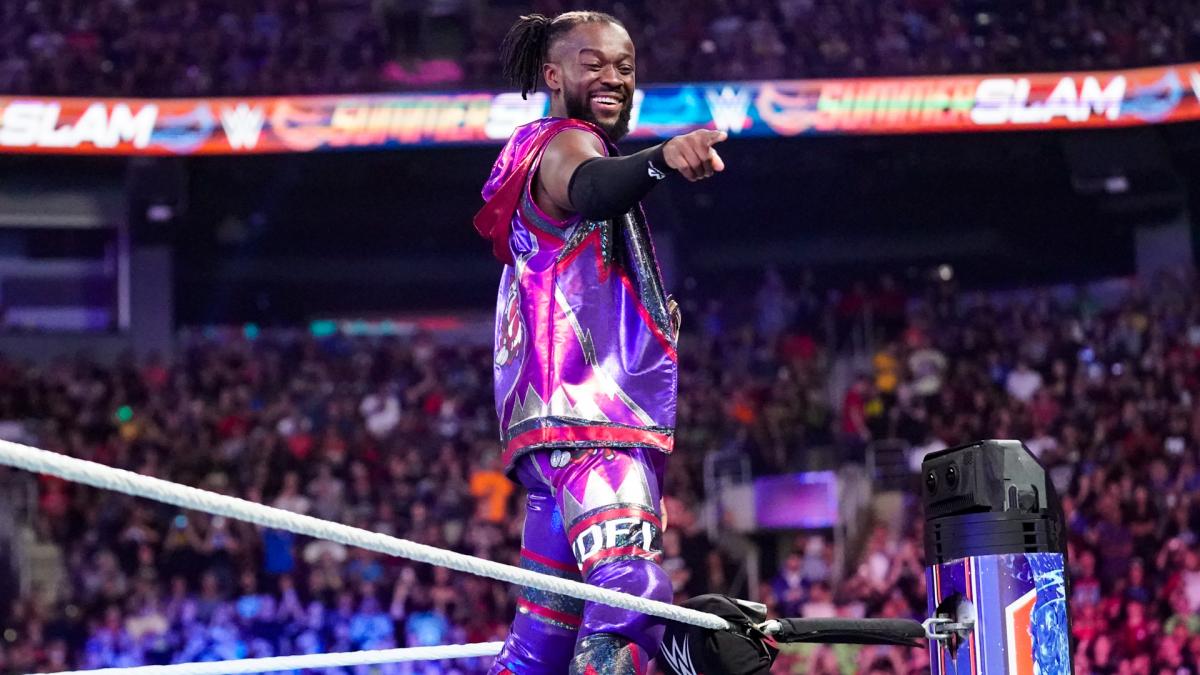 As noted before, Kofi Kingston has been away from WWE since January 4th due to a jaw injury.

During a recent episode of The New Day: Feel the Power podcast, Kingston revealed more details regarding his jaw injury and when he knew something was seriously wrong with is jaw.

“So going back to when I had injured my jaw, I got kneed in the face by Cedric Alexander like three weeks ago. And a couple of my teeth chipped. It was all fine — it was cool. And the point of impact was just real sore. I thought okay it’s a bruise or whatever. The next week we actually had like a six-man match and everything was fine. A little pain but not terrible.

And then the next week when we had our match — right before we went out, it just kept feeling like it was like just loose. Like, ‘oh, this is weird.’ And as soon as we get out there to the ring, I’m moving around and now I’m feeling it kind of like come out of place and just feel like it wasn’t set in. And I feel like if the fans were there, I wouldn’t have felt that. Like throughout the whole entire match, anytime something would happen, I would get hit or whatever, I’ll grab my jaw. And I’m like, the entire match thinking about it the whole time. But, if we had fans there — I’ve been, not necessarily injured, but have been hurt in a match, and you just feel like the adrenaline of the crowd and it makes you will your way through it. So, I don’t know man, It changes the whole dynamic of just how we do what we do and the approach even. It’s just really really strange. I don’t know if it’s for the better or for the worse. I guess the best way I can describe it is just being different.”

Mercedes Martinez Comments on Leaving Retribution and Returning to NXT

PWInsider held a recent interview with Mercedes Martinez and one of the topics discussed included her thoughts on why she left Retribution and returned to WWE’s NXT brand.

“I was given an opportunity, and I took the opportunity not knowing what the outcome would be, you got to make the best with anything you can, but I think when that opportunity came, it just wasn’t for me.  When you hit the pinnacle of your career, as I did, hitting 20 years, you want to make the most of your career, and make it part of a legacy…I just think being part of that group, it’s not hidden fact that it was me, I don’t hide the fact, I don’t mention it, only because it was just a small part of what the bigger picture is. It’s kind of one of those things where it’s, “this is where Mercedes is, but maybe it doesn’t fit the mold, doesn’t fit her career’. It was no hard feelings, I just think we both had two different plans, I wanted one thing to go one way, and they had a different outlook. I wish them success, to all those part of the group, and I wish them the best.”

Identity of Fake “Drew McIntyre” on Monday’s Episode of RAW

Monday’s episode of WWE RAW featured a Dirt Sheet segment with Goldberg and WWE Champion Drew McIntyre as the guests. Instead of Goldberg and McIntyre, Gillberg and a fake McIntyre appeared instead as a big gag played by segment hosts The Miz and Morrison.

Following the show, Krumholtz confirmed on Instagram that it was indeed him and commented on his guest appearance on RAW.

A post shared by Bernard The Head Elf (@davidkrumholtz)