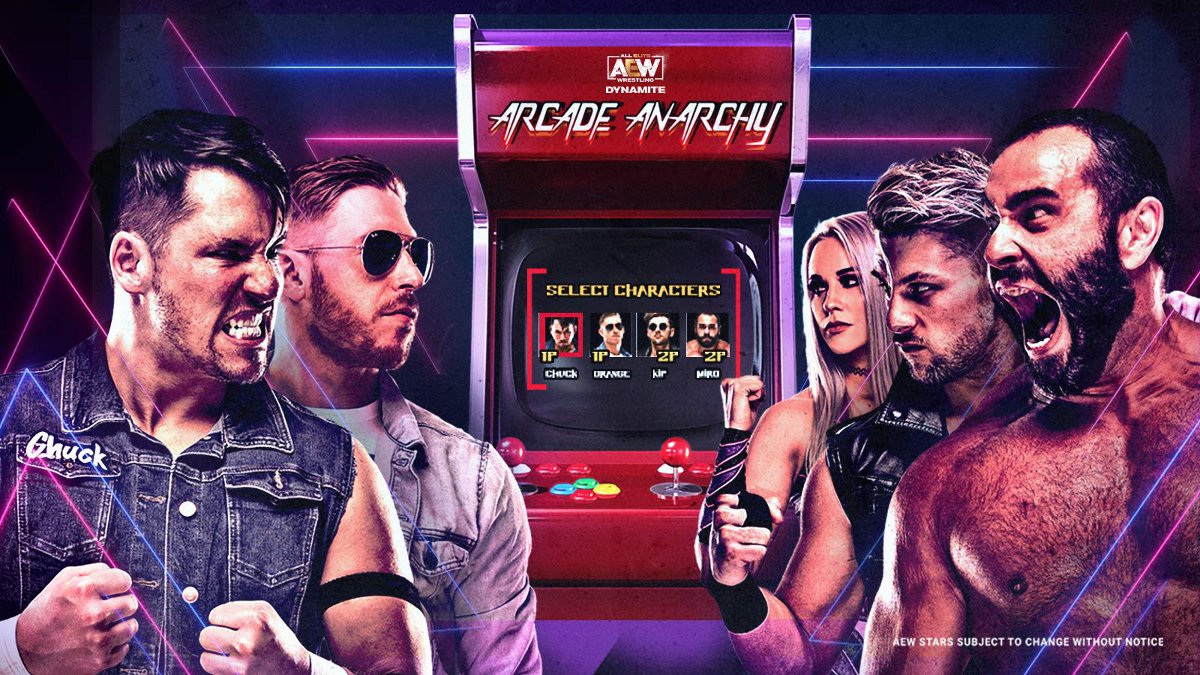 A recent episode of Highspots.com’s Virtual Gimmick Table show had The Best Friends, Chuck Taylor and Trent, as the guests. One of the topics discussed included Taylor’s thoughts on their Arcade Anarchy match on last week’s episode of AEW Dynamite.

“Well, I don’t know if anyone — I don’t know if I’m supposed to say this but we weren’t allowed to break the arcade machines, because I guess they rented them from a local place and they are still working arcade machines so, so we had to find other stuff to break. I had to go to Walmart by myself and buy those Legos.”

Kazuchika Okada revealed on Instagram that he was the Olympic torch bearer on Tuesday for his hometown of Anio, Japan.

New Japan Pro Wrestling recently announced the main event for the card of their Wrestle Grand Slam 2021 event on May 29th in Tokyo, Japan:

NJPW held a press conference this past Monday with current IWGP World Heavyweight Champion Will Ospreay as the guest. One of the topics discussed included Ospreay revealing who he would like to defend his title against if given the chance to do so.

Before I was champion, a man who sparked a whole lot of interest in pro-wrestling, CM Punk said he’d like to face Will Ospreay. Now I have the biggest prize in pro-wrestling, so if you really want to prove you were the best in the world and not the best of a bad bunch, come over here and try and take this.”

Doc Gallows, Karl Anderson, and Rocky Romero announced that they will be holding a live event called the “Worst Podcast Ever” on April 9th at the Riveters Bar & Restaurant in Tampa, Florida. It was also announced that this event will feature a live podcast show, variety show, fan Q&A session, and a fan meet and greet.

Indie wrestler Akira announced on Twitter that he has been pulled from all of his scheduled bookings for this week’s indie events in Tampa, Florida due to him recently testing positive for COVID-19.

MLW talent Alex Hammerstone also announced on Twitter that he has dropped all of his scheduled bookings for this week’s indie events in Tampa due to neither Game Changer Wrestling nor DFW All-Pro paying for his plane flight or lodging in the city.

All Elite Wrestling announced on Twitter that they have released more tickets for sale for their The House Always Wins event on April 9th at Daily’s Place in Jacksonville, Florida.