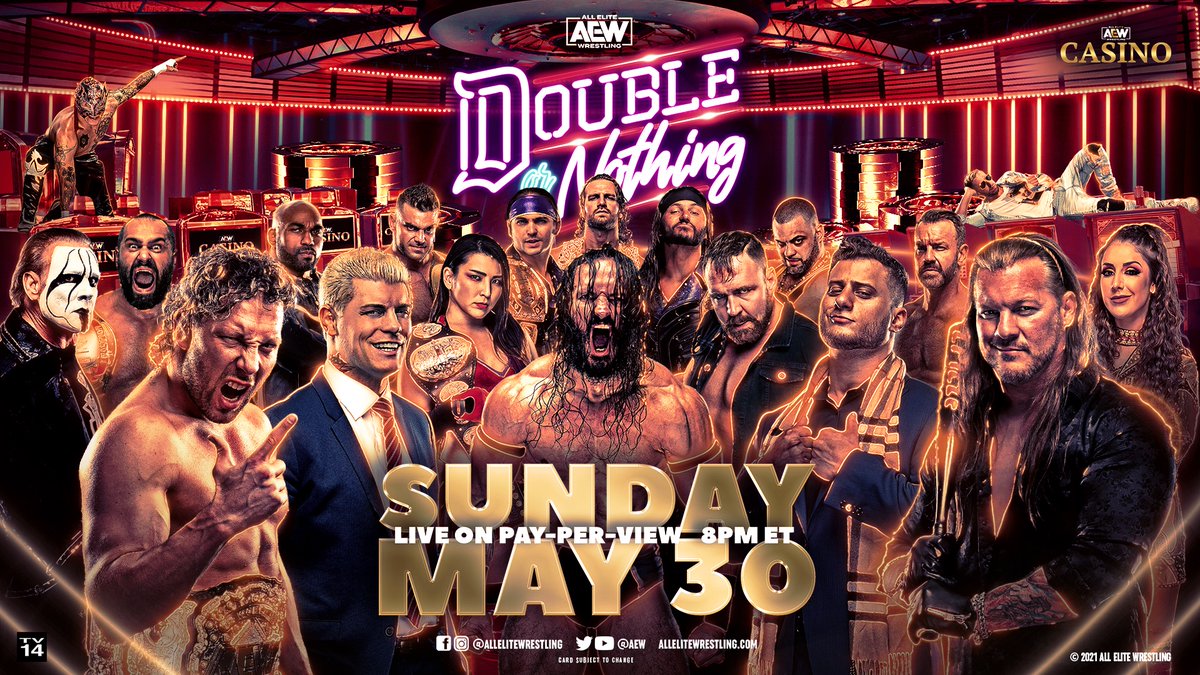 AEW talent and Executive Vice President Cody Rhodes held a media call this past Thursday to promote this Sunday’s AEW Double or Nothing 2021 event.

On the topic of AEW’s upcoming new Rampage weekly television series, Rhodes stated that they are currently panning for this new series to compliment their weekly Dynamite series and re-establish TBS as the number one destination for professional wrestling. Rhodes also stated that AEW officials are currently considering plans to expand their roster for this new series.

On the topic of his upcoming match against Anthony Ogogo at AEW Double or Nothing 2021, Rhodes stated that he views each of his pay-per-view matches under a different light for the story he wants to be told. Rhodes stated that the reason why he went into the American Dream persona for his upcoming match is due to this year’s Double or Nothing event taking place during Memorial Day weekend.

On the topic of the recent rumors of in-fighting behind the scenes between the company’s Executive Vice Presidents, Rhodes denied the rumor being true and believes it was done out of spite by people upset over NXT’s losing the Wednesday Night Wars. Rhodes stated that he talks to the Young Bucks and Kenny Omega on a regular basis.

On the topic of his divisive American Dream promo earlier this month, Rhodes backtracked from earlier comments he made about his promo being heavily workshopped and focus group tested. He stated that while he does not use focus groups for his promos, he did get someone he trusts to give him feedback on his promo as he was putting it together. He mentioned wanting a similar style of working relationship that The Rock and writer Brian Gewirtz had during their time together in WWE.

On the topic of AEW’s upcoming resumption of touring, Rhodes stated that the company will be doing everything by the book and comply with all state guidelines for the coronavirus pandemic in each city they will be holding events. Rhodes stated that if they are only allowed a percentage of fans in the venue, then that is their goal for an event and same for if they are allowed full capacity for an event. Rhodes also stated that they will also be returning to Daily’s Place for times when there are holes in their schedule or markets they can not visit yet.