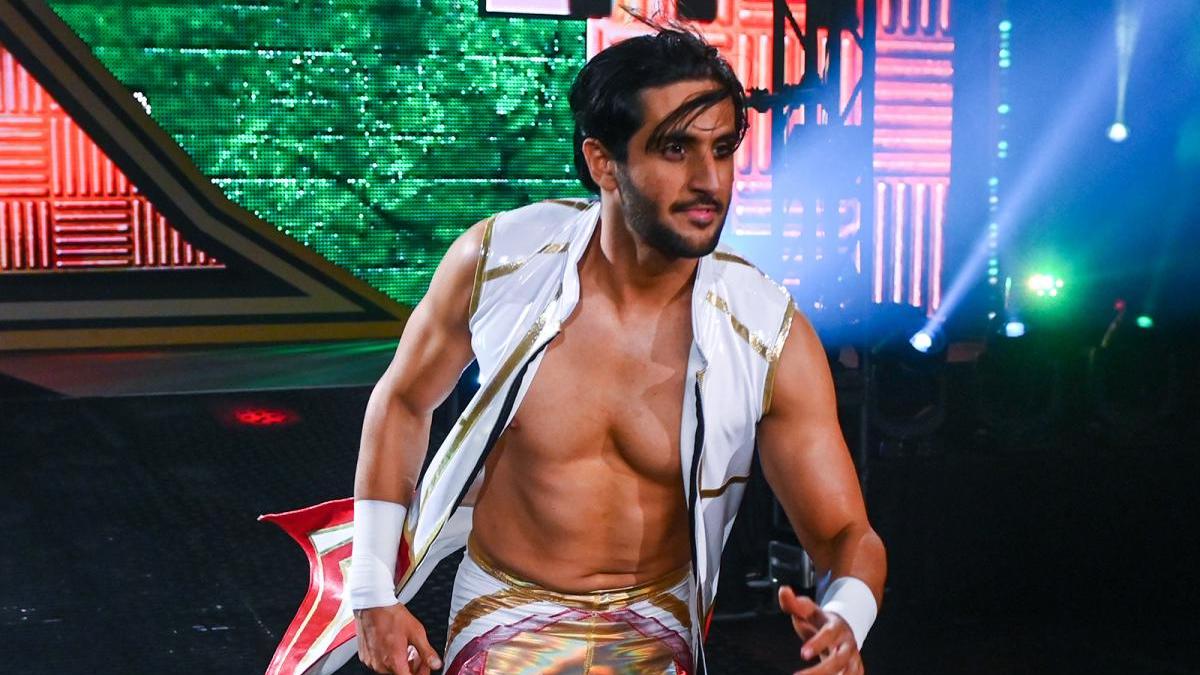 TV Insider held a recent interview with Mansoor and some of the topics discussed included his thoughts on his main roster debut for the RAW brand this past Monday and the end of his 50-match win streak.

On the topic of his RAW debut, Mansoor stated:

“I found out the day of. That’s the great thing about being a WWE superstar. When you go to work, you are kept on your toes. It’s exciting. I’ve been coming to the ThunderDome for the last two months doing Main Event. I think people have been taking a look at me and seeing if I’m ready. I was hoping this day would come. A member of the production team on Monday came to me, shook my hand, and said, ‘Hey, welcome to the team.’ I can’t tell you how happy that made me.”

On the topic of the end of his lengthy win streak, Mansoor stated:

“I was having those matches on 205 Live and felt I was getting momentum. Then someone pointed out [that] if I include the NXT live events in Florida before the pandemic I would be on a 25-match win streak. I had no idea. I didn’t want to put too much attention to it because I didn’t want to brag. I wanted to keep my head down, work, and be humble. Then it got to 45 and people started to report about it. I was hoping it didn’t end anticlimactically. The thing about the undefeated streak I learned was [that] momentum is key. Wins can really build and bring the best out of my opponents.”

As noted before, WWE is currently rumored to have been in recent talks with Major League Wrestling regarding a potential working partnership between both companies.

Post Wrestling held a recent interview with MLW owner Court Bauer and one of the topics discussed included Bauer’s thoughts on the rumored talks between WWE and MLW.

“I’m not going to comment on that stuff, but it’s an interesting time in the world. There are a lot of things that haven’t been done since maybe the 70s with inter-promotional matches and stuff. We, of course, would be intrigued by it, but you have to look and see; what’s the long-term strategy, does it align with your goals, does it align with their goals, does it serve the fans, company and talent to the best of its ability or is it just a quick transactional thing and you’re just looking for the clout and headlines? For me, I look at this and go, ‘I’m not even done with my media rights deals. I know the valuation of my company is only going to go up. I am not interested in selling. I’m not having any conversations about selling.’ That’s step one. Strategically, how does it mesh? What’s the upside and downside? That’s the stuff you evaluate and if so, you move forward. If not, the conversation disqualifies itself and you go in a different direction. We’ve had those conversations with other folks and we’ve had them with a lot of people. Some you’ll find it works better and it’s maybe a now or later conversation. Right now in wrestling, everything is fluid. The biggest goal I have right now is, how do I maximize awareness for the company so we’re not the best-kept secret in the game anymore? We know other promoters watch us and try to take our talent and ideas, but how do we get fans on a larger scale to know about us? That’s my focus now.”

Johnson also reported that this event will be taking place at WWE’s ThunderDome venue at the Yuengling Center in Tampa, Florida.