Eva Marie to Debut Next Week, Possibly Alongside an NXT Wrestler 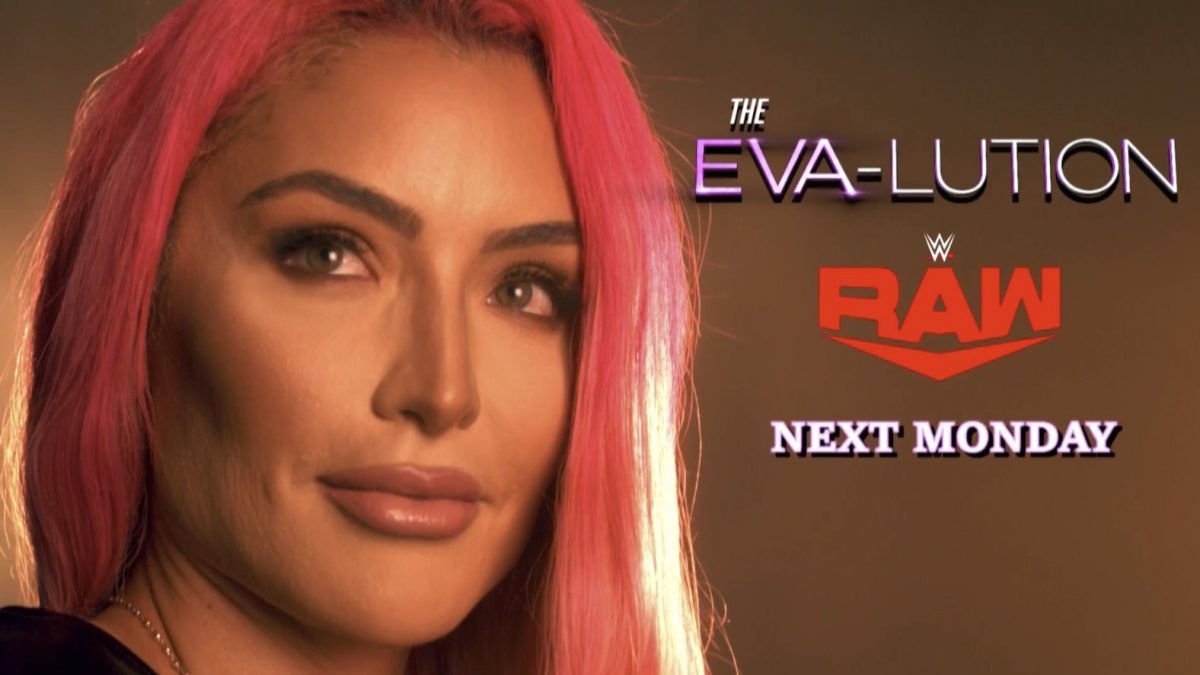 During another Eva Marie vignette on Raw, a graphic said that the “Eva-lution” is coming next Monday.

Eva tweeted that she will be “live in the ring.”

The WWE Universe demanded it, Social Media made it trend non stop. Next Monday, June 14th the new face of Monday Night Raw will be live in the ring! 👩🏻‍🎤💨🚀⚡️🔥
–@wwe@wweonfox@usanetwork #EVALution #ALLEverything #WWERaw pic.twitter.com/D3LqQuhOzC

According to WrestleVotes, there’s also a rumor that Eva will have another wrestler alongside her as her “muscle” and a couple of names that have been discussed are NXT’s Mercedes Martinez or NXT UK’s Piper Niven.

Hearing the plans for Eva Marie’s return include her having a “muscle” of some sorts by her side. The two names I’ve heard most discussed to pair w/ her are Mercedes Martinez -OR- NXT UK star Piper Niven.