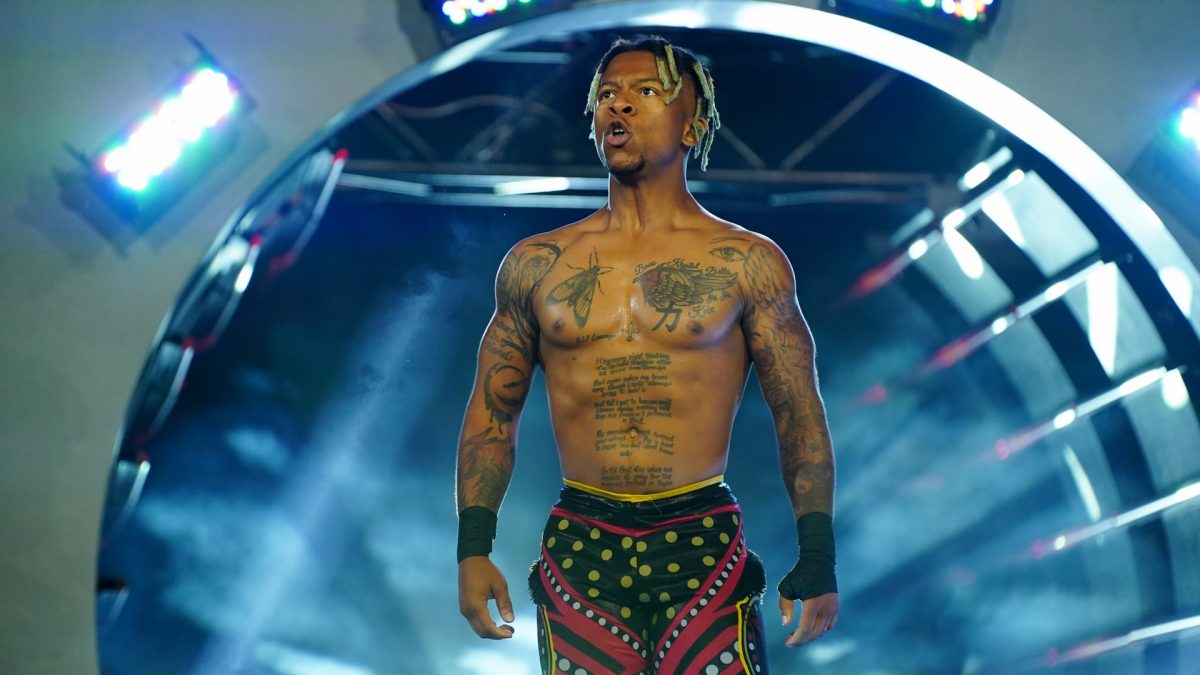 Lio Rush announced on Instagram that he is retiring from pro wrestling.

He said that he suffered an AC joint injury (in his shoulder) during his appearance at Double or Nothing last week, which gave him time to rethink what he wants in his life. He said that he’ll finish his obligations with NJPW, where he’s signed to a contract, after returning from injury.

I have written and erased this post so many times purely out of not being able to wrap my head around this. The moment I went home in a sling, I kept saying to myself “this was like any other time I got a little bruise or strain and I will shrug it off and continue on my new journey” . Once the pain subsided and i started to feel just how uncomfortable it was to feel my arm hanging from my body, I sunk into an immediate and rapidly growing depression because i knew something was wrong…

Got the news that I’d be taking some time off due to this injury. Me thinking it would only affect my wrestling obligations, i still tried to go on about my days as i knew them. I realized just how much this would affect my everyday life. For anyone who knows me, you know that i work endlessly for me and my family. It became more and more frustrating everyday finding little things that i could no longer do. Like simply putting on a shirt and a much harder fact to deal with, not being able to pick up my newborn son…

Now here comes the part that kept me up every night since #DoubleOrNothing Knowing that i just made my surprise debut in one of the most exciting times in my career. That part sucked. But I’m grateful. Grateful for the opportunities that I’ve had this past year after my WWE release. So cool of #AEW still wanting to sign me despite separating my AC in the Casino Battle Royal. Which would have lead to me being the first person in history to be signed to two major wrestling organizations simultaneously. This is an unexpected turn down a road i would have and could have never saw coming…

But I’m looking at this as a blessing in disguise. Since the injury, it’s given me some time to think. Think about what i want in life. What i want for my wife and my kids, and what’s going to make me happy as far as my mental health is concerned. The timing of this injury has forced me to stop and re evaluate and ultimately it’s resulted in making the decision to retire from professional wrestling…

Thank you to the fans who have fought it out with me for the past 7 years and the people in my corner. Thank you to all the promoters and friends that I’ve met along the way who believe in me and my vision. This has been a great ride, but it’s time to get off and do what truly makes me happy. Due to contractual obligations with NJPW, i will be making final appearances once i am healed. But for now, thank you all from the Bottom of my heart and I’ll see you all soon.

Depending on the severity, an AC injury could mean a few weeks out of action or if surgery is required, 4-6 months.

Rush said that he suffered the injury during his surprise appearance in the Casino Battle Royale at AEW Double or Nothing on May 30, and said that it was “so cool of AEW still wanting to sign me” despite the injury. Rush is reportedly under contract with NJPW and said that “due to contractual obligations with NJPW, I will be making final appearances once I am healed.”

Rush has teased retirement in the past. After he was released by WWE in April 2020, Rush tweeted (now deleted), “I legitimately might not ever wrestle again.” He eventually returned to the indies and has recently worked for NJPW, MLW, GCW and several other promotions.

#AEW wishes @TheLionelGreen all the best in his retirement! pic.twitter.com/znJNFbhu6o