More on Diamond Mine’s NXT Debut & Plans for the Group 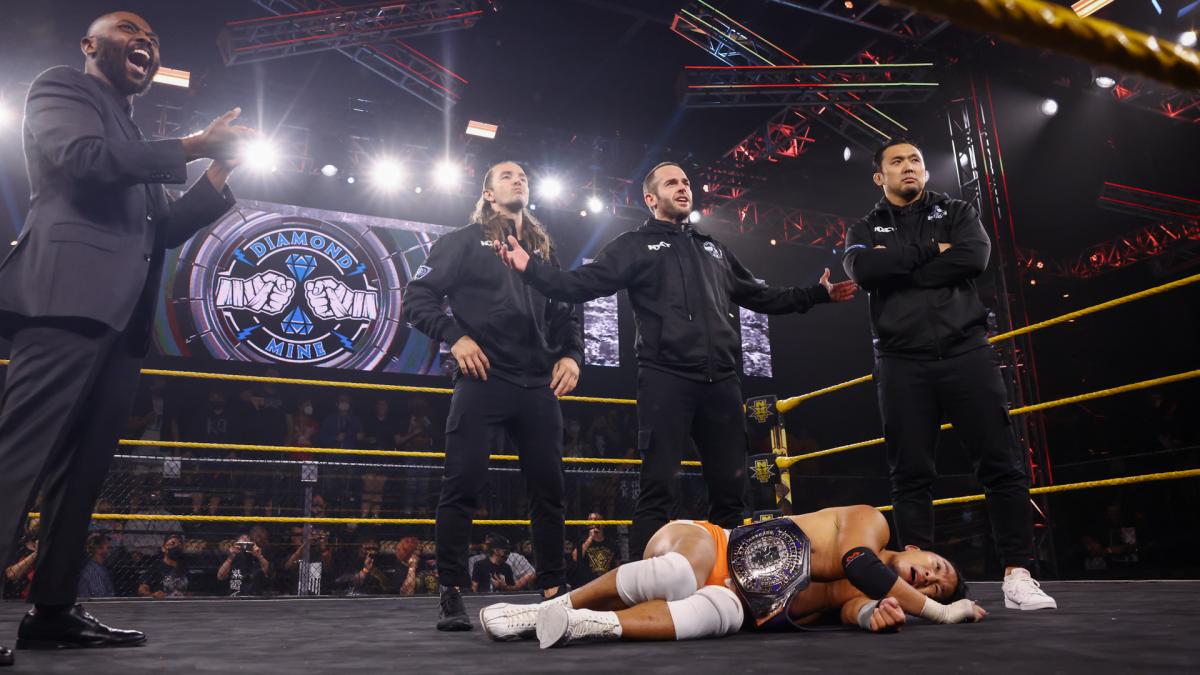 Tuesday’s episode of WWE NXT featured the official debut of the mysterious Diamond Mine group. The group was revealed to consist of Roderick Strong, Tyler Rust, and Hideki Suzuki with Malcolm Bivens as their manager.

Fightful Select reported that their sources within WWE stated that this new group is meant to be a key piece in the company’s current plans to put a bigger focus on their Cruiserwieght division for their NXT brand.

It was reported that plans for this new group were several months in the making and predated the storyline of Strong’s decision to “quit” NXT. It was also reported that NXT officials originally had plans for the group to debut earlier but decided to delay those plans so their debut could “take center stage” on a future episode of NXT instead.

In regards to the rumors of the group’s logo being a possible teaser of Tessa Blanchard’s WWE signing and NXT debut, it was reported that WWE officials never had any plans for her in this new group. WWE officials also did not have any plans for Parker Boudreaux to be involved in the group either.