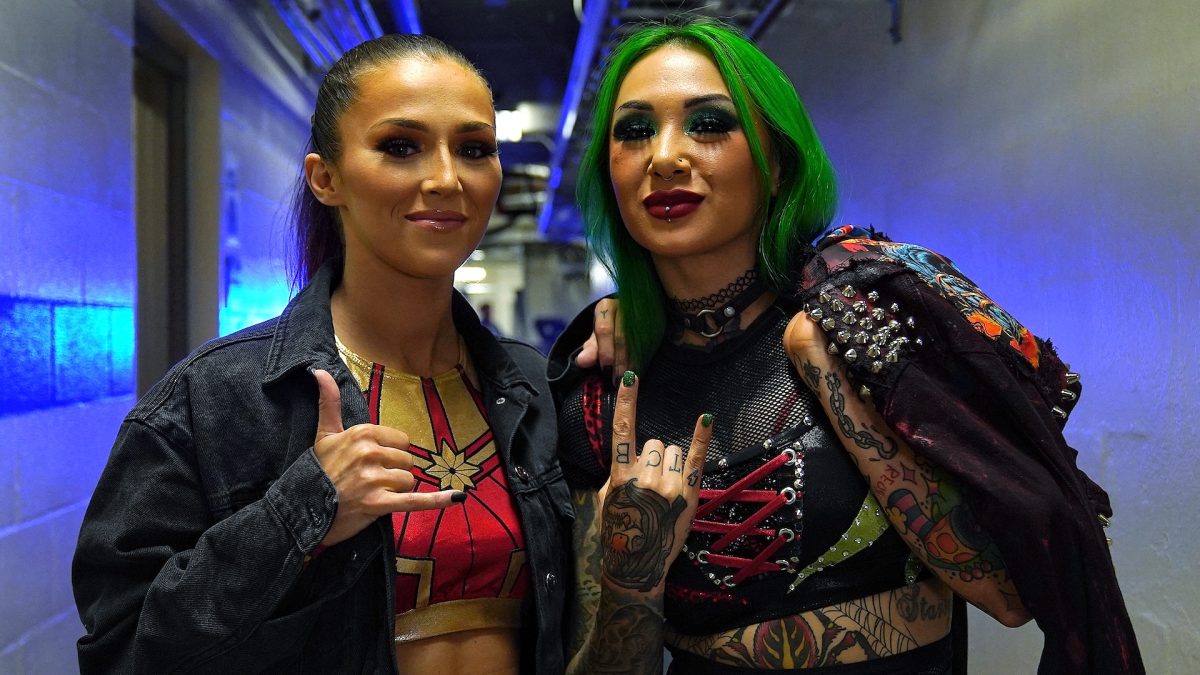 As noted before, this past Friday’s episode of Friday Night SmackDown featured the official main roster debuts of Shotzi Blackheart and Tegan Nox.

PWInsider’s Mike Johnson reported that his sources within WWE stated that the reason why Blackheart was only being mentioned as “Shotzi” was due to WWE officials had given her a new name change as part of her call-up to the main roster.

Johnson reported that despite some confusion over how her name was broadcasted during the show, Nox will be keeping her full current ring name going forward on the SmackDown brand.

Blair Davenport Comments on Why She Signed a Deal with WWE

TalkSport held a recent interview with Blair Davenport, former Bea Priestley in AEW and the indies. One of the topics discussed included Davenport’s reasons for why she decided to sign a contract with WWE for their NXT UK brand.

“I wanted to do everything that I wanted to do, then come to this part in my life. During the pandemic, there was a small window. Obviously, I got cut from AEW because my visa expired and there was no hope for a new visa happening at that time. There was a tiny window in August where people who had Japan visas could go back, so I went back to Japan. I loved STARDOM so much, but this time I think I was the only foreigner there, whereas before, I had a group of friends with me. I love the roster, but I did feel very isolated and I started to feel stagnant with my role and feeling like there was only so much more I could do with this company before I stayed in my same position. I hate being stagnant and I wanted to be like, ‘I need to do something for me now. This is when we got in touch with WWE and we were chatting. I almost wanted a bit of time at home as well to have a bit of a rest, but I love NXT UK so much and it’s definitely where I want to be right now.”

Davenport also commented on her working under a new ring name in WWE for their NXT UK brand.

“I was offered a bunch of first and last names. It wasn’t my first choice, but it was put to me like, ‘Can you make it work?’ I’m quite confident like, ‘I can make anything work, we’ll work it.’ It’s like a fresh start. Bea Priestley is awesome but even from my last match in Japan in April, I am not that version of me anymore. I’ve progressed from that point and this is the new element of me. It’s a new way to recreate yourself and feel refreshed. It’s not a clean slate because I don’t want to forget everything I’ve done, but this is the next level now.”

As noted before, WWE has been working on plans for John Cena to make an appearance at this year’s SummerSlam event on August 21st in Las Vegas, Nevada. Those plans include Cena currently being penciled in to compete in a match against Roman Reigns for the Universal Championship at the event.

Fightful Select reported that WWE officials currently have plans for Cena to make his return to the company at the July 23rd episode of Friday Night SmackDown. It was reported that this appearance is also currently planned to kick start the rumored feud between him and Reigns for this year’s SummerSlam event.