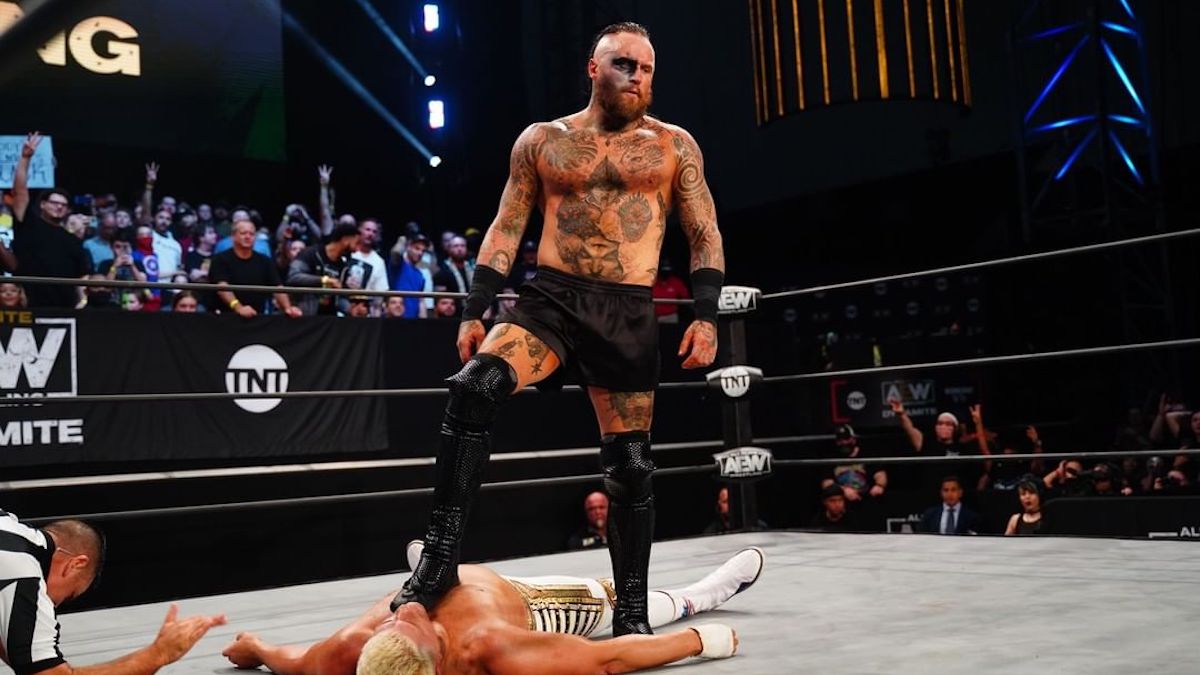 A recent episode of the Pro Wrestling 4 Life podcast had Malakai Black as the guest. Some of the topics discussed included Black’s thoughts on his recent AEW debut match against Cody Rhodes and working with AEW CEO Tony Khan.

On the topic of his AEW debut match, Black stated:

“I told Tony (Khan), ‘I have this idea, this is how I view it, what do you think?’ He said, ‘I love it, I love everything about it.’ He was confident enough to give me a shot at it. I clearly owe a lot to Cody. We think very much alike in a lot of things, which is very pleasant. I laid out what I wanted to do and they both thought it was cool and it worked. (The vision played out) exactly (how I imagined), with their perspective feedback. At the end of the day, I still work for someone else and I have to get their opinion and clearance. Luckily, I got clearance. Everything that me and him did played out exactly how I envisioned in my head and the payoff worked. It was crazy fun. It was a good moment for my career and good validation in understanding what you do and making it work.”

On the topic of working with Tony Khan, Black stated:

“Great. Absolutely great. He’s very enthusiastic and spontaneous individual. He has an incredible amount of love for what he does and his locker room. He’s always available. I briefly spoke to him (on August 5) and he thanked me for what we did. He thought it was really cool. I appreciated it. It’s very different. Vince McMahon and Tony are very 180 and two extremely different people. A lot of it has to do with where he comes from, how he is as a person, how young he is. Definitely a different perspective on society and a different mentality. That’s okay and great. It works very well for me. I have nothing but good things to say about him. He’s been fair and blunt with me, which I appreciate people being upfront and honest with me, even when it’s not in my favor. I prefer people to tell me, ‘I’m not feeling this.’ Cool, at least you let me know vs ‘Okay, maybe.’ He’s very good at that. I appreciate that very much. I think AEW is making very cool waves, it’s a great company to be part of and I came in at the right time.”

As noted before, AEW’s weekly Rampage series is currently expected to air on TSN’s website and TSN Direct streaming service in Canada. In a recent statement issued to Post Wrestling, the television cable network announced that select episodes of Rampage will air on their network including next week’s “First Dance” special in Chicago, Illinois.

Pro Wrestling NOAH recently announced (English translation via PostWrestling.com) that they have pulled the Great Muta from the card of their August 15th event in Kawasaki, Japan due to him recently being in close contact with a person who later tested positive for COVID-19.

The Nasty Boys’ Brian Knobbs reportedly is currently hospitalized due to serious stomach-related health issues, according to a GoFundMe fundraiser that was launched to help financially support his medical costs.

Major League Wrestling announced that they have recently signed Julius Smokes to a multi-year contract with the company.

The National Wrestling Alliance announced that Masha Slamovich is the next official competitor for their Women’s Invitational Cup battle royal match at their upcoming Empowerr event on August 28th in St. Louis, Missouri.

The NWA also announced that Renee Michelle & Sahara 7 are the next official team for their Women’s Tag Team Championship tournament at their upcoming Empowerr event.

Ring of Honor recently announced a new match for the card of their Death Before Dishonor 2021 event on August 20th in Philadelphia, Pennsylvania: