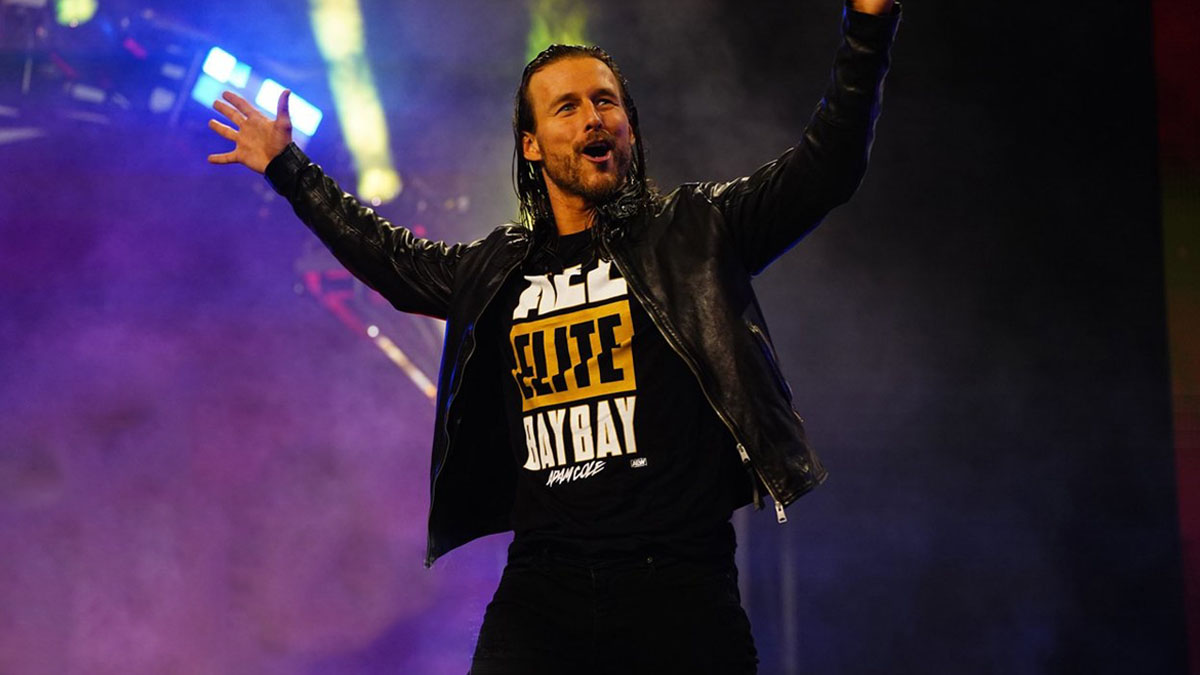 Adam Cole held a recent streaming session on Twitch discussing a variety of topics. One of the topics discussed included Cole’s thoughts on his debut in AEW at this past Sunday’s All Out 2021 event.

“I’m so excited for the future. Sunday was one of the greatest nights of my life. It was my favorite night of my career. It’s such an exciting time. I knew last minute, Britt (Baker) knew last minute, and Britt made sure she got Momma Chugs and B-Fresh [Adam Cole’s brother] there. It made it even cooler. Britt deserves a ton of credit for that. She surprised me, she didn’t even tell me she was going to do that.”

Following Sunday’s All Out 2021 event, Cole was among those interviewed for AEW’s post-show media scrum. One of the topics discussed included Cole revealing that he was originally unaware that his contract with WWE was ending soon than he expected.

“Yeah so, funny enough, believe it or not, I was also surprised. Yeah, I was under the impression that it was like six months later. So it was a surprise to me. It was a surprise to them. It was public knowledge for a lot of people that I had signed a little extension, I was in the middle of a really serious angle with Kyle O’Reilly, which was very important to me. He’s one of my best friends in the entire world. Then after that is when stuff kind of opened up for me, but very surprising to me. It was just as surprising to me.”

As noted before, Cody Rhodes has been away from AEW television since the August 4th episode of AEW Dynamite due to filming commitments for the next season of TBS’ Go-Big Show reality competition series.

Bodyslam.net’s Cassidy Haynes reported that his sources within AEW stated that Rhodes is currently expected to make his return to the company within the month. Haynes also reported that AEW officials already have big plans in place for his return.

AEW recently announced that they will be holding television taping for both their Dynamite and Rampage series on December 8th at the UBS Arena in Long Island, New York.

Tickets for these two tapings were announced to be going on sale starting on September 10th.

This will be AEW’s first show in the city but not the first wrestling show in the new UBS Arena, which opens this Fall and has a WWE RAW show currently scheduled for November 29th.

On the heels of #AEWAllOut, @AEW would like to announce another NY Tri-State Area visit Wed, Dec 8 when #AEWDynamite / #AEWRampage debuts at the brand-new @UBSArena on the border of Long Island and Queens!