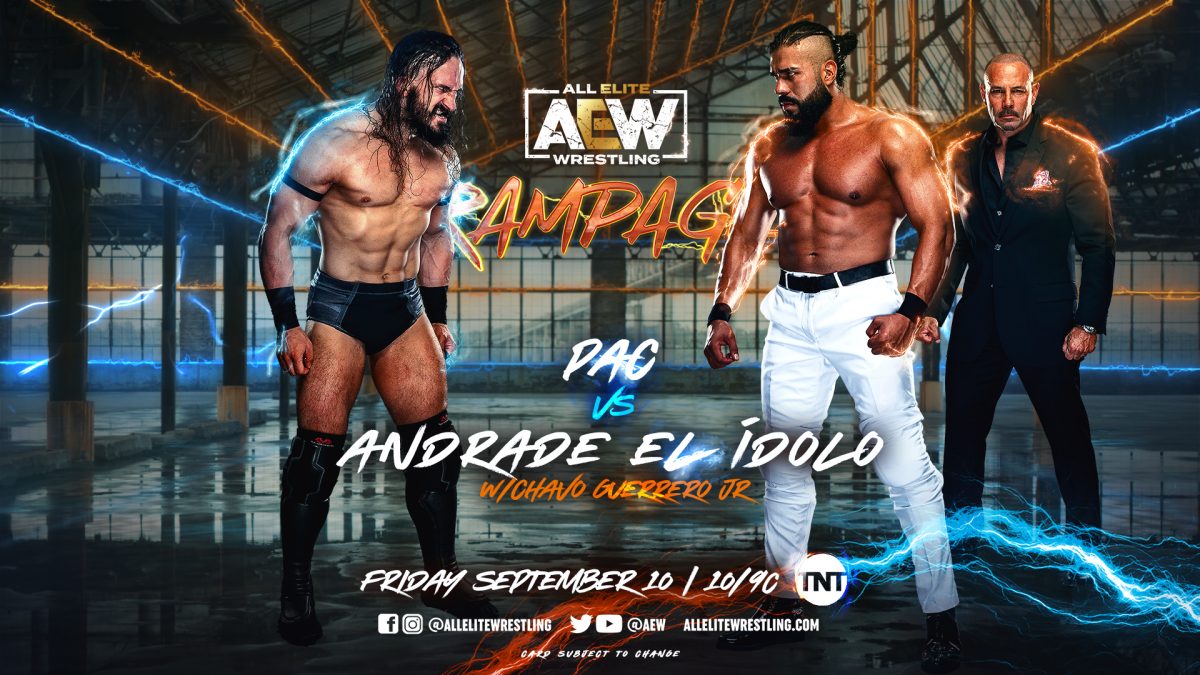 AEW taped Rampage last night in Cincinnati after Dynamite. The show will air this Friday on TNT at 10 PM ET.

Andrade El Idolo defeated Pac with help from Chavo Guerrero. This was said to be a very good match. After the match, Andrade turned on Chavo Guerrero. Penta and Rey Fenix also attacked Chavo.

Brian Pillman Jr. defeated Max Caster – The Acclaimed attacked Pillman after the match, but Jon Moxley came out to make the save and take out The Acclaimed.