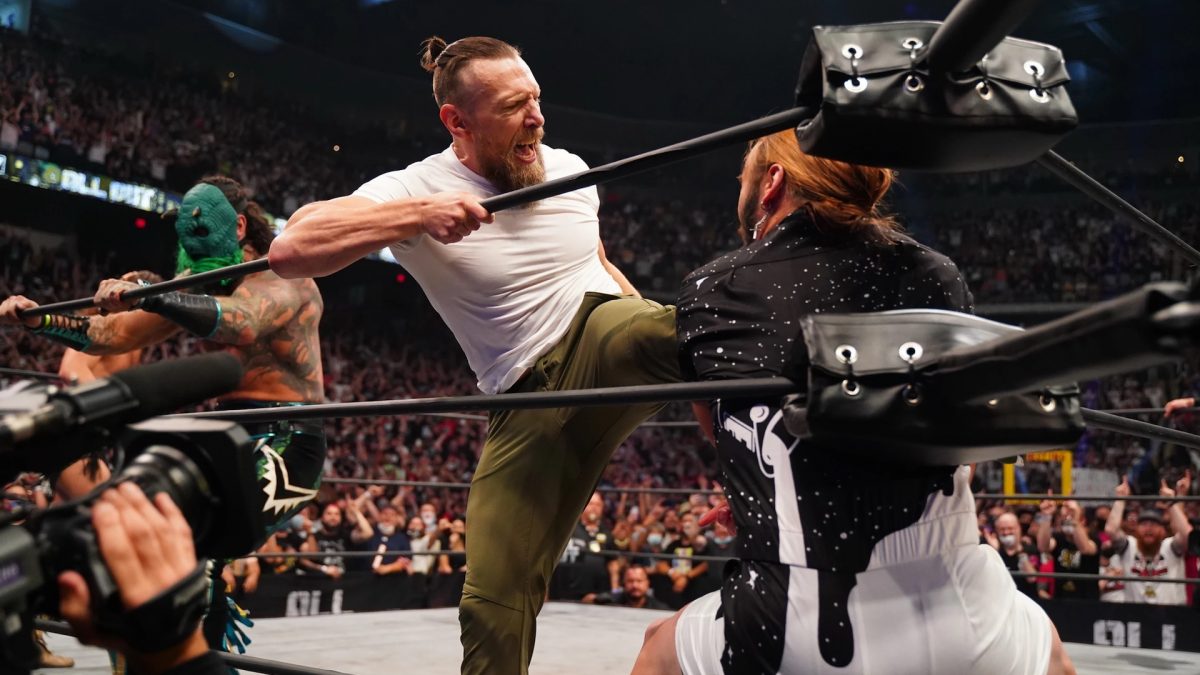 Bryan Danielson has not done his famous “yes” chant since debuting in AEW earlier this month, leading people to wonder if it’s a legal issue with WWE.

Danielson shed some light on the situation in an interview with Barstool Rasslin’ that was posted today.

Bryan was asked by the interviewer about not doing the chant himself, but asking leading questions during promos to get fans to chant it.

“So I have done it because it’s an easy way to get a response and to give fans the ability to show how excited they are about the potential matchup of me vs. Kenny Omega. But I’m not doing it myself because I respect WWE’s intellectual property,” Danielson said.

“I don’t think anything legally, they haven’t threatened anything legally. So I had a great conversation with Kevin Dunn, with WWE before I debuted with AEW. And I was very upfront with WWE about, ‘Okay, I want to let you guys know I’m leaving. This is kinda my debut date,’ all that kind of stuff. They asked me, politely, to respect their intellectual property, even some of the things that couldn’t be legally enforced. And I’m trying my best to do that.

“There’s also certain expectations that fans have of me, that they want to be able to do, and I’m happy that they still get to do that. I’m gonna do my best to avoid swinging my arms in the air.”

Bryan’s answer is at around the 24:05 mark in the video below.