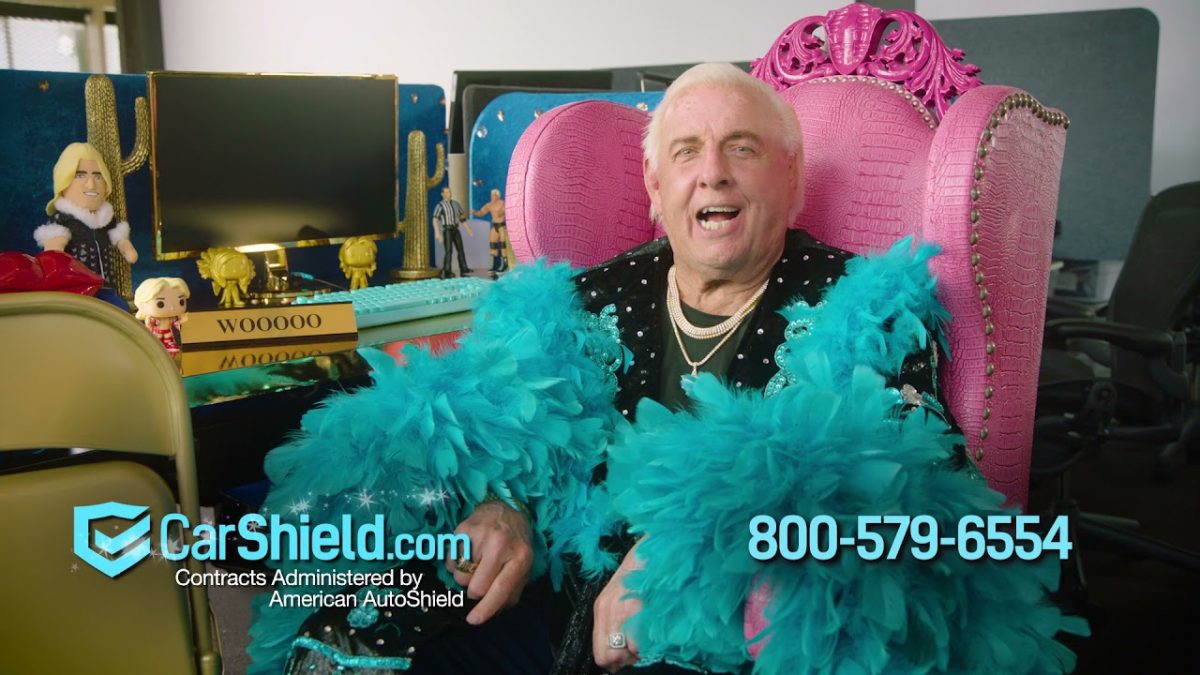 CarShield, which has featured Ric Flair in their commercials for the past few months, said that it was “pausing” their Flair commercials after last night’s episode of “Dark Side of the Ring,” during which sexual assault allegations were made against Flair.

“We take these matters very seriously. As of right now, we are pausing the campaign and we will do our due diligence,” a spokesperson for Intermedia, the advertising agency which handles CarShield’s commercials said in a statement to PWInsider.

In the episode about the 2002 WWF “Plane Ride From Hell,” Heidi Doyle, a flight attendant on the plane, said that a drunk Ric Flair allegedly cornered her inside the plane for several minutes wearing only his robe and nothing underneath and repeatedly asked her to touch him and put her hand on his genitals, allegedly ignoring her calls for him to stop.

Doyle filed a lawsuit against WWE in 2004, which resulted in a settlement.

Flair has denied the allegations in the past and denied them again as recently as this week when he was interviewed on Renee Paquette’s Oral Sessions podcast.

“God, I’ve heard about it too. Just when things are going good for me,” Flair said. (h/t: Post Wrestling) “Listen, you put me on your podcast after. We’ll see how it plays out, because I was there and I don’t care whose name I gotta drop if the heat falls on me. I know who was where and what and who and what took place. I know the whole story.”

Earlier today, Tommy Dreamer, who appeared on the episode defending Flair, was suspended indefinitely by Impact.