Various: Adam Cole on When He Decided to Join AEW, New Trademarks, Indies 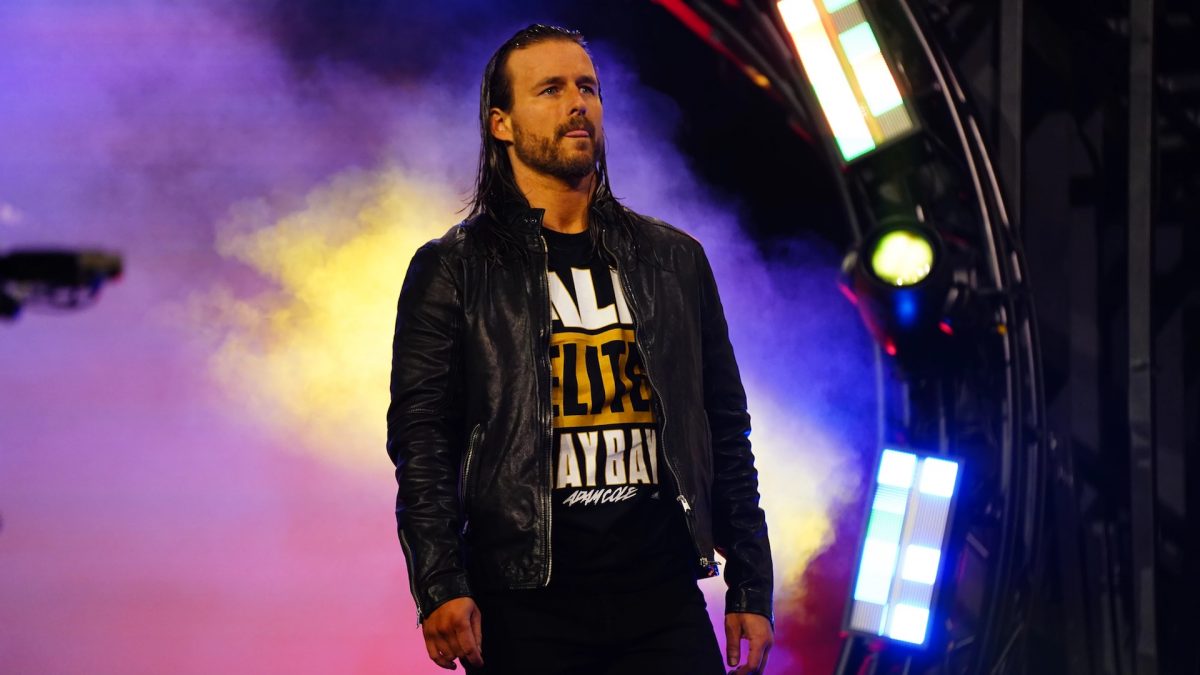 As noted before, AEW’s All Out 2021 event earlier this month in Hoffman Estates, Illinois featured the official AEW debut of Adam Cole.

Sports Illustrated held a recent interview with Cole and one of the topics discussed included Cole revealing when he made the decision to officially join AEW.

“My actual decision was literally only a couple days before [the pay-per-view]. I was awake in bed, it was close to 1 in the morning, and I was imagining being involved in AEW. That thought gave me such an excited feeling. I was so giddy I couldn’t even sleep. I loved the idea of coming to All Elite Wrestling, and that’s when I knew what I needed to do.”

Cole also gave his thoughts on AEW officials doing their best to keep his debut a secret until right before the moment happened.

“I didn’t even fly into Chicago [the site of All Out], I flew into a different city the day before. I didn’t even stay in the same hotel as Bryan [Danielson]. We showed up to the building while the show was going on, and we waited outside in a trailer. The locker room didn’t even know until the absolute last moment. It was the most secretive debut I’ve ever been involved in, and Tony Khan took every measure to make this as big of a surprise as possible.”

Trademarks for “Lash Legend” and “Andre Chase University” were filed by WWE on September 9th for wrestling and entertainment-related purposes.

A trademark for “Superkliq” was filed by The Young Bucks on September 8th for wrestling and merchandise-related purposes.

Ring of Honor talent PCO reportedly recently informed ROH officials that he will be leaving the company once his current contract expires on December 1st, according to the Wrestling Observer.

ROH reportedly has denied recent rumors and reports of the company might not be holding any more events with fans in attendance for the remainder of this year, according to the Wrestling Observer. Dave Meltzer reported that the rumors originated from a recent report from PWInsider’s Mike Johnson that stated ROH had no more events scheduled for the rest of the year with fans being allowed in attendance due to COVID-19 concerns. Meltzer reported that ROH officials recently stated that this year’s Final Battle event in December in Baltimore, Maryland is currently scheduled to be held with fans in attendance.

During a recent interview with the Straight Shooting podcast, Zicky Dice confirmed reports that he has recently signed an official contract with Impact Wrestling.

Major League Wrestling recently announced that Alex Shelley and Lee Moriarty are the final set of competitors for this year’s Opera Cup tournament, which takes palace on October 2nd in Philadelphia, Pennsylvania.

MLW also announced a new match for the card of their Fightland 2021 event on October 2nd in Philadelphia, Pennsylvania: