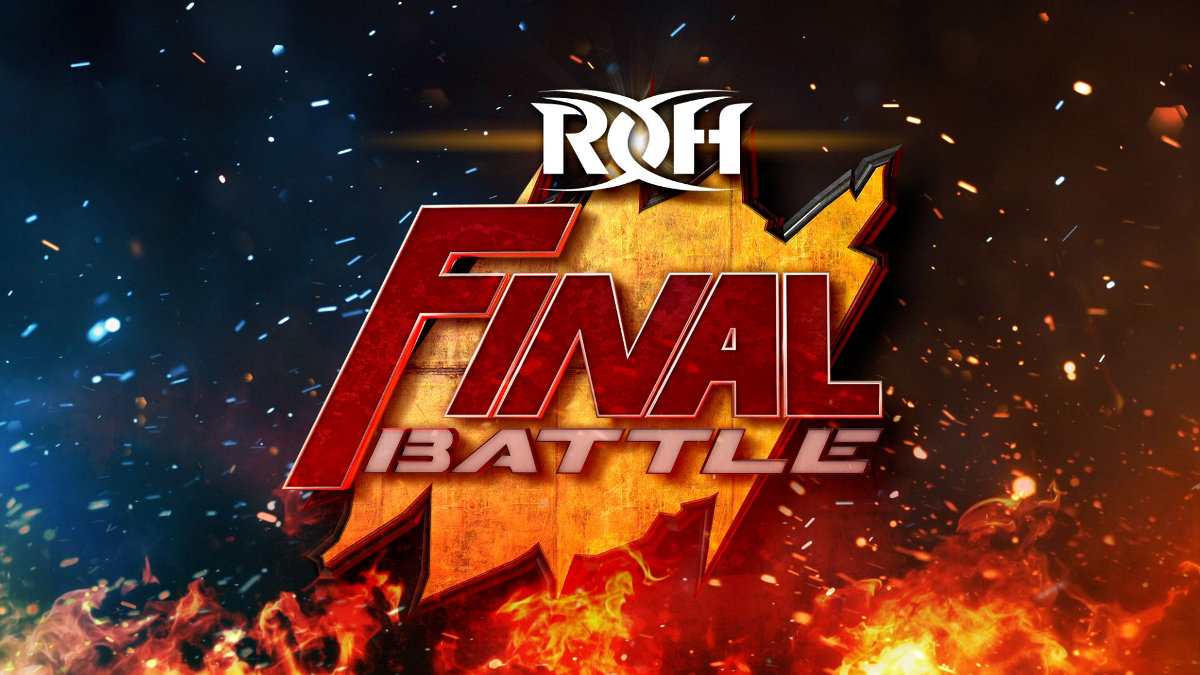 Ring of Honor recently announced that this year’s Final Battle event will be taking place on December 11th at the Chesapeake Employers Insurance Arena in Baltimore, Maryland. This upcoming event was also announced to be airing live on both ROH’s HonorClub and other pay-per-view providers starting at 7:00PM EST.

In regards to tickets for the event, the company stated that they will be making an announcement at a later date on their official website and social media accounts.

As noted before, Bobby Fish was released by WWE this past August and signed an official contract with AEW following his match against Sammy Guevara for the TNT Championship at this past Wednesday’s episode of AEW Dynamite.

A recent episode of the Insight with Chris Van Vliet podcast had Fish as the guest. One of the topics discussed included Fish revealing that he was planning on becoming a player-coach for WWE’s NXT brand prior to his release from the company.

“The generation that I came up in and the generations that have come since, they don’t have…the people I watched as a kid when the business was somewhat protected, there were teachers still working and they would go out and teach you on the fly. I look at a guy like Fit Finlay, who I was fortunate enough to interact with while working at NXT, he was a guy, who towards the tail end of his career, he was doing something that not a lot of people were capable of doing anymore; go out and teach. He did a run on the Indies too where, the people he crossed paths with, he gave them an invaluable lesson, that you can count on one hand the guys that were capable of giving what he gave. The generations that I watched coming up, there were a lot more of them that were able to pass that tradition on and it was a different form of work. Now, that learning curve is different. You can’t resist it, it’s just the way things go. Everything has to evolve and progress to what it has to be. Change is inevitable …

I thought that was where I was headed and I was okay with that. I was welcoming that. I thought, ‘Mmm, let’s see where this transitions.’ Fit, his career path and the way he was doing stuff when he had gone back for that Indie run and back to WWE, that was where I saw myself headed and hoped to have a similar grace in doing what I was doing at that time. It wasn’t in the cards. Somebody had different plans and here we are.”

Warrior Wrestling announced that Bret Hart will be making an appearance for the company at their Warrior Wrestling: Sweet 16 event on October 16th in Chicago Heights, Illinois.

West Coast Pro Wrestling announced a new match for the card of their Weest Coast Pro Vs. The World event on November 12th in San Francisco, California:

Impact Wrestling announced three new matches for the card of this Thursday’s episode of Impact! on AXS TV:

Jon Alba reported on Twitter that Impact Wrestling officials recently granted and released Acey Romero from his contract with the company. Romero’s last appearance for the company was at their Under Siege 2021 event this past May.

Game Changer Wrestling recently announced a new match for the card of their War Ready event on October 23rd in Los Angeles, California: