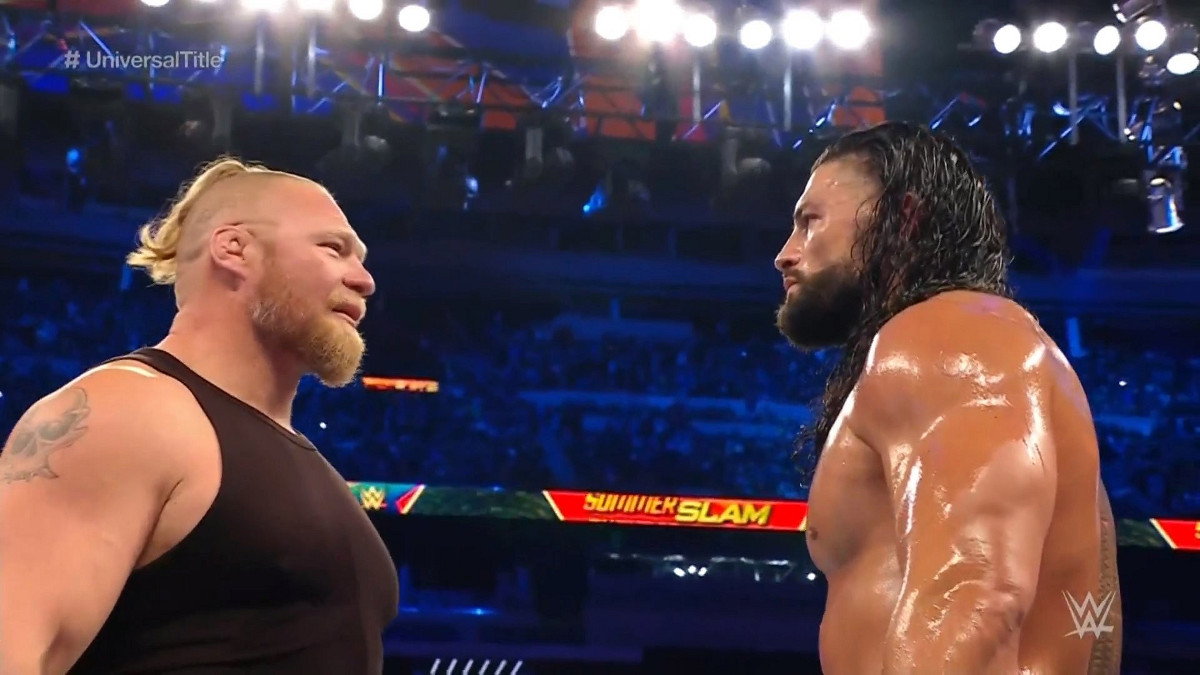 As noted before, WWE recently announced that Roman Reigns will be defending his Universal Championship against Brock Lesnar at their Crown Jewel 2021 event later this month in Saudi Arabia.

Dave Meltzer reported in this week’s Wrestling Observer Newsletter that his sources within WWE stated that the current Lesnar vs.Reigns feud is not a one-and-done type deal for Crown Jewel and instead the company still has long term plans for this feud.

As noted before, WWE recently revamped their NXT brand as part of the major changes to their developmental system. Among the changes included NXT going in a more edgier direction for content, both in language and female talent attires.

The Mat Men Pro Wrestling’s Andrew Zarian reported on Twitter that one source spoken to within WWE stated that the company’s current expectations for NXT’s new direction are for it “to bring a new younger viewer who is connected with pop culture & trends. Needless to say, the demo numbers are disappointing but we are hopeful this is just a bump in the road.”

Jon Alba reported on Twitter that several WWE talent recently spoken to stated that they were also informed by WWE officials that the rebranding of NXT was meant to be aimed at bringing in a younger television audience.

In a dubious record note, this past Tuesday’s episode of NXT reportedly had a median viewership age of 62 years old, according to Wrestlenomics. Dave Meltzer reported in this week’s Wrestling Observer Newsletter that this week’s NXT show managed to be the oldest skewed show out of all of WWE’s television shows so far this year.

A recent episode of the Out of Character with Ryan Satin podcast had Dominik Mysterio as the guest. One of the topics discussed included Mysterio’s thoughts on the likelihood of him eventually taking over the Rey Mysterio wrestling name.

“Most definitely. I think the long goal here, the endgame, is to eventually take over the Rey Mysterio name. That’s the legacy within it. He’s Rey Mysterio. It’s only right to make a Jr. Traditionally in Lucha culture, and in Hispanic culture, that’s tradition. That’s what you do. I kind of just showed up and Dom Mysterio organically happened. Everything happened so fast.

We didn’t really get a chance to put these little things together, but we definitely have talked about it. He’s mentioned before that the mask is something I have to earn along with the name. If one day he wants to pass it on to me after he retires, or he wants to make me earn it after he retires or something, whatever it is, I’m up for it. I know that name belongs to me and it’s only right. Hispanically, culturally, it’s only right, but whatever he wants at the end of the day because he’s the one that made it what it is. I’ll respect his decision whatever it is.”