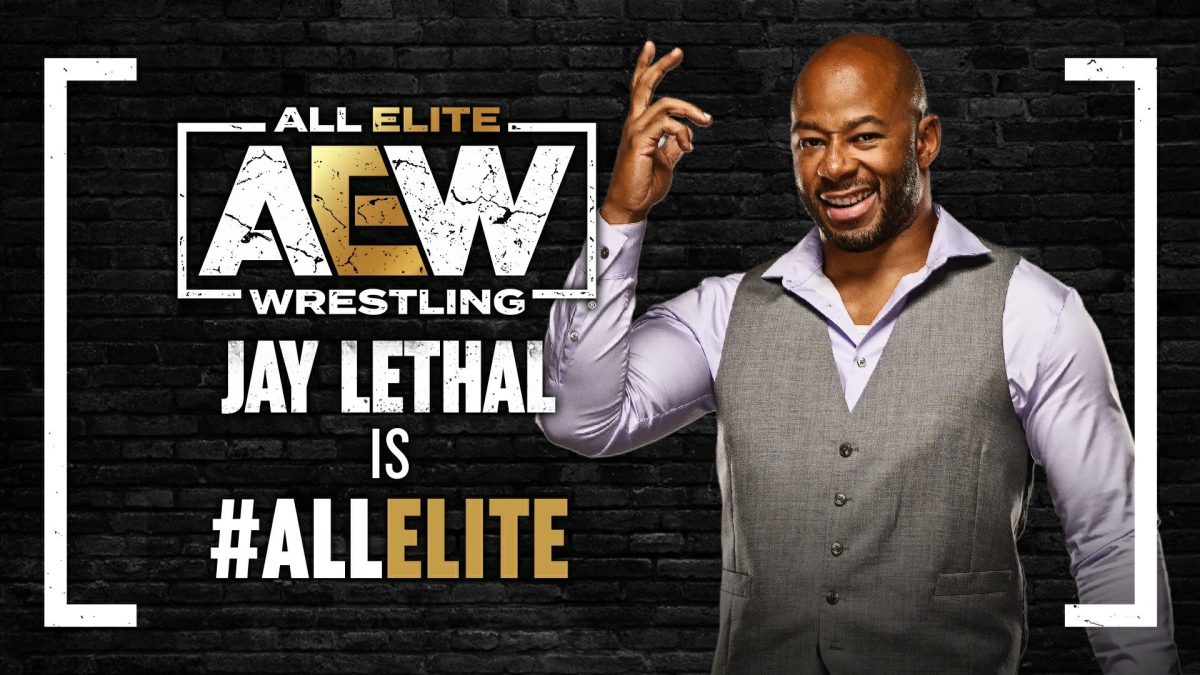 Jay Lethal is “All Elite.”

The former two time ROH World Champion made his AEW debut tonight at Full Gear and will face Sammy Guevara for the TNT Championship Wednesday on Dynamite.

Lethal was introduced onto the stage at Full Gear by Tony Schiavone and said that he was officially “All Elite,” then challenged Guevara to a match, and Guevara came out and accepted. The match will happen on Dynamite on Wednesday.

In a media scrum after Full Gear, Lethal said that the signing came together a few days ago and tonight was the first time he had met Tony Khan in person. He also said that he asked for his release from Ring of Honor “five or six days ago” because he saw all of the other recent releases (by WWE) and wanted to “strike while the iron’s hot” and “bet on himself,” and said that he fortunately got a response from Tony Khan.

ROH announced last month that they were taking a hiatus to “reimagine” the company and their entire roster would be released. Lethal’s ROH contract was set to expire at the end of this year. He also said that he won’t be at ROH’s Final Battle PPV next month, which is ROH’s final show before their hiatus.

Lethal was on the card for All In in 2019, defeating Flip Gordon in an ROH World Title match.