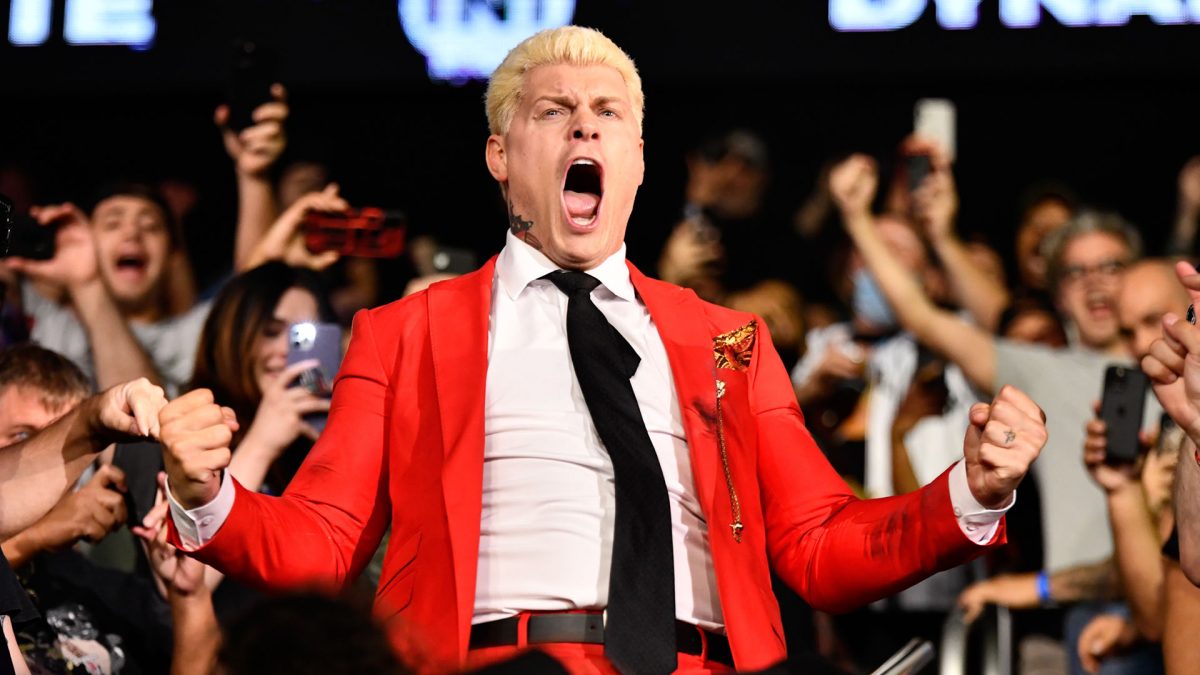 Cody Rhodes Comments on Future of His Wrestling Career

Sports Illustrated held a recent interview with Cody Rhodes. One of the topics discussed included his thoughts on the future of his career and why he currently does not feel it will involve another company besides AEW.

“As of now, my future is with AEW. AEW would be very strange without the core members of the revolution. We all still talk. We all have this admiration for each other. I can’t see myself anywhere else, and I’m very optimistic about what the future holds.”

Rhodes also stated that he still has a lot of goals left to achieve in both AEW and his wrestling career.

“I have a lot of data-based goals. I ask Chris Harrington, our SVP, a really good number for a demo average. I always say I want to make AEW destination programming, and that’s numbers-based to me. And I’ve never shared this before, but I really thought that the PWI No. 1 spot had been mine once before, and I was shocked, genuinely, that I didn’t pick it up. That may sound silly, but I care about that, and I’m willing to say I care—the people that say they don’t, they typically care a lot about it, too. The AEW world championship is out of the question for me, but there are other goals that, for now, I’ll keep close to the chest.

I’m looking to move toward undiscovered terrain. I want to create what’s never happened before, so I am going to take a different approach than any other wrestler. That’s what I am looking forward to doing.”

AEW recently announced that they will be holding an AEW Dynamite show on January 19th and a live AEW Rampage show on January 21st at the Entertainment & Sports Arena in Washington, D.C. Tickets for both shows were announced to officially go on sale starting this Friday.

AEW also announced that they will be holding a set of AEW Dynamite and AEW Rampage tapings on January 26th at the Wolstein Center in Cleveland, Ohio. It was announced that tickets for this upcoming tapings will officially go on sale starting this Friday.

In regards to AEW Dark, the company recently announced that they will be holding two new sets of tapings this Friday at the Universal Studios in Orlando, Florida.

This past Wednesday’s episode of MLW Fusion featured Davey Richards defeating TJP to be crowned as the winner of Major League Wrestling’s 2021 Opera Cup tournament.

MLW recently announced that ROH talent Rok-C will be making her official debut for the company at their Blood & Thunder event on January 21, 2022 in Dallas, Texas.

As noted before, Impact Wrestling held their Wrestle House 2 Thanksgiving special this past Thursday on AXS TV. PWInsider’s Mike Johnson reported that the filming for this special were held over the course of two days in Las Vegas Nevada. Johnson reported that all of the matches were shot on the first day and all of the scenes for the episode were shot in a long day of tapings on the second day. Johnson also reported that the reason why Ross Forman’s voice sounded the way it did was due to he had lost it during the long tapings and Impact officials decided to keep it since it made the segments better due to being even more weirder than planned.

Killer Kross, former Karrion Kross in WWE, reportedly has been cast as the lead actor for an upcoming action film, according to Fightful Select. Production for this new film reportedly will start next year but no other details regarding the film’s title, its director, or filming location are currently known.

Game Changer Wrestling recently announced that Homicide will be making an appearance for the company at their Die 4 This event on January 1, 2022 in Atlantic City, New Jersey.

GCW also recently announced that Fuego Del Sol will be making his official debut for the company at their So Alive event on December 4th in Dallas, Texas.

Japanese wrestlers Suzu Suzuki, Risa Sera, and Maya Yukihi reportedly will be leaving Japanese promotion Ice Ribbon at the end of this year, according to Yahoo! Japan. Besides those three, Ice Ribbon also stated on Twitter that an additional six wrestlers will also be leaving the company at the end of this year. In regards to Suzuki and Sera, they will be forming a new promotion called Prominence with Akane Fujita, Mochi Miyagi, and Kurumi Hiiragi and will also be working as freelancers for other companies.