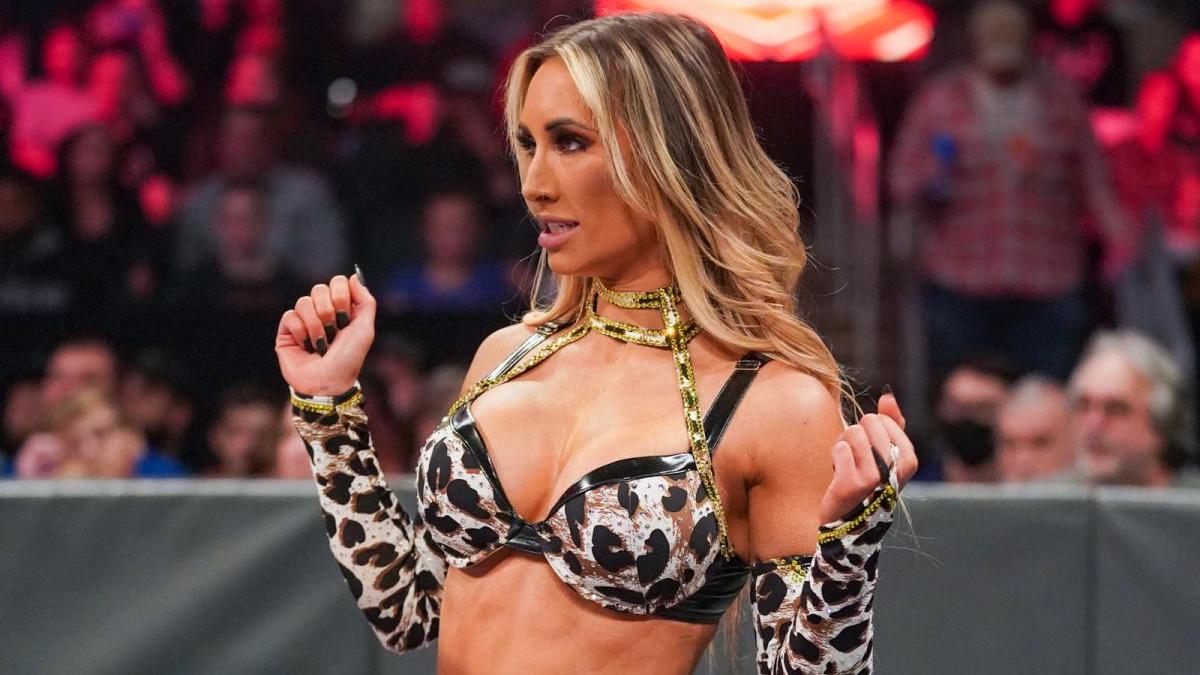 Carmella Reveals She Tested Positive for COVID-19 Earlier This Month

A recent episode of the Bare With Us podcast with co-hosts Corey Graves and Carmella featured Carmella revealing that she had tested postie for COVID-19 earlier this month. Carmella and Graves also revealed that they are both vaccinated and Graves had tested negative multiple times following her positive test result.

Carmella – “You guys, I got the ‘vid. I did, I got it, got me. I got COVID. I got-got about what? A week-and-a-half ago? No, two weeks ago now. Yeah, I woke up super just not feeling well, just really tired, run down and took some tests and I tested positive and then I mean, it was like a cold. It was kind of like a little bit worse than a cold. I was down and out for like three or four days just not really doing much. But, on the up and up, feeling better now. However, my lovely fiancé over here was just bragging and bragging and bragging about his immune system and how amazing he is and it’s not gonna get him because it’s true, he had to test because he was around me.”

Graves – “We live together. We slept in the same bed.”

Carmella – “We were making out like animals the night before I had tested positive and I was like sick, so I don’t know how you didn’t get it. So, he was really bragging, to the point it was annoying.”

Graves – “I was extremely confident [he jokingly said]. Actually, I wasn’t confident at all. I was just waiting, it was a matter of time until I took the test and got it and I was fully mentally prepared for that but I kept taking the test. I had to take multiple tests just to be able to go back to work and you and I are both vaccinated and it was just it finally hit us and it was what it was, but I’ve avoided it this entire time.”

PWInsider’s Mike Johnson reported that NXT brand talents Roderick Strong and LA Knight were invited by WWE officials for dark match tryouts prior to the start of Friday’s episode of SmackDown in Nashville, Tennessee.

Strong reportedly faced off against Knight in a singles match, which was won by Knight.

As noted before, Drew McIntyre has been out of action for WWE since their Day 1 event earlier this month due to a neck injury.

In regards to McIntyre’s rehab, Dave Meltzer reported in this week’s Wrestling Observer Newsletter that his sources stated that he has been having decompression therapy for his neck. Meltzer reported that McIntyre has recently been doing double sessions six days a week and is currently feeling confident that he will be able to make his in-ring return in time for WWE’s WrestleMania 38 event this April.