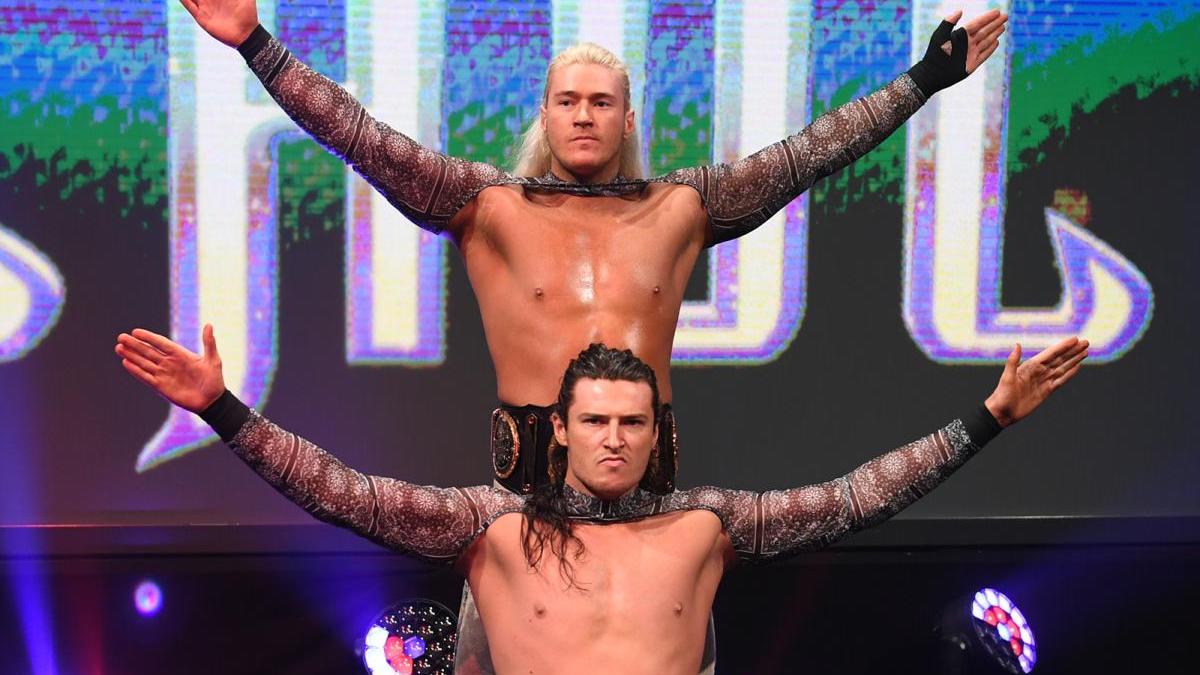 After the Creeds defeated Imperium, two hooded men attacked the Creeds with chairs, then took off their hoods to reveal themselves.

They taunted the laid out the Creed Brothers and introduced themselves as Pretty Deadly, but with new individual names. They previously used their real names in NXT UK, but Lewis Howley is now Elton Prince while Sam Stoker is now Kit Wilson.

The two first started wrestling in NXT UK in 2019. They were the NXT UK Tag Team Champions from February 25 2021 until December 9 2021. Before NXT UK, they frequently wrestled in UK-based Progress and Revolution Pro.