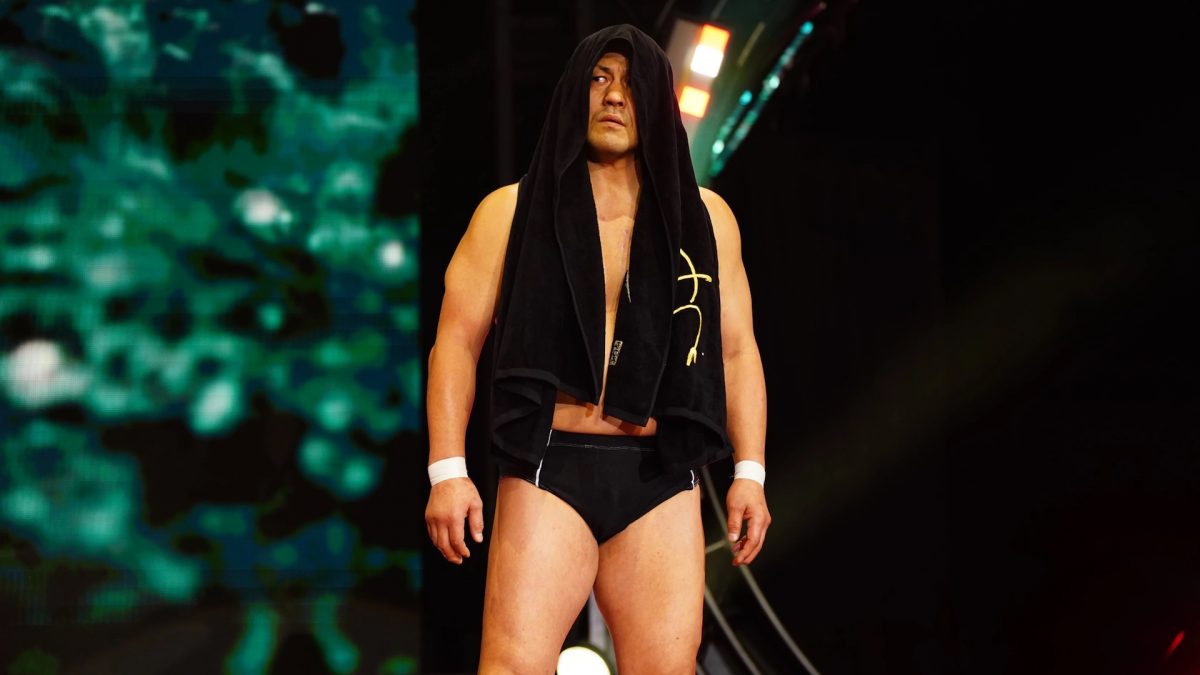 Sports Illustrated held a recent interview with Minoru Suzuki. One of the topics discussed included Suzuki’s thoughts on his upcoming match against Samoa Joe in AEW:

“Many fans think this matchup is very special, but for me, I have to stay true to myself. I am here to hurt people. The opponent truly does not matter. This week, I will make Samoa Joe suffer. People are brave until they step into the ring with me. Hopefully, Samoa Joe is not scared. I don’t know him well, but he will know me by the time we are done. I hurt people, that is what I do. Samoa Joe is going to feel a lot of pain.”

Willow Nightingale Comments on Her Future in AEW & ROH

Denise Salcedo held a recent interview with Willow Nightingale. Some of the topics discussed included her thoughts on competing at Ring of Honor’s Supercard of Honor 2022 event earlier this month and her future in AEW and ROH.

On the topic of competing at ROH’s Supercard of Honor 2022 event, Nightingale stated:

“It was wild. From the time I started, Ring of Honor was a goal. I had been a fan from the time I started training. Women I admired and appreciate have wrestled here. Sara Del Ray, Daizee Haze really set that groundwork for the honor in women’s wrestling. honoring my craft is something that had been in my head for a long time. When I finally had the opportunity to work for Ring of Honor and Maria Kanellis, it was a dream come true. She really took charge of making sure the women were taken care of and we were being given the time to tell our stories and show the hard work we had been putting in and have the spotlight on us. When things switched over, I was like, ‘I don’t know what’s next,’ just like everyone at home. I was sitting at the table with my boyfriend watching TV when Tony Khan announced he now owns Ring of Honor. ‘I don’t know what this means for me.’ I was waiting to see what was next. A couple weeks ahead of Supercard of Honor, he reached out to me and asked me if I wanted to do the show. ‘Obviously, yes, please, thank you. Let’s figure this out.’ When I found out I was wrestling Mercedes, I was like, ‘this could be a career making match.’ That’s a spotlight elevated from what I was doing before. Now, I’m wrestling Mercedes, who in my mind is a big role model. There are things I’m really happy with, there are things I wish I had gone over a little differently, which is how I feel about every match, honestly. At the end of it, I was happy with it. Even being in the ring with Mercedes, is like learning through osmosis.”

On the topic of her future in AEW and ROH, Nightingale stated:

“It’s looking positive. I don’t have anything solid that I can tell anyone, but things are looking good. I’ve wrestled there and had nine matches and there were definitely moments on that journey where I was like, ‘what is going on?’ Moments of frustration, but especially the last couple of weeks, I’ve been re-affirmed, ‘trust the process, keep going.’ Stay on this journey folks.”

As noted before, former wrestler Tammy Sytch was involved in a car accident last month in Florida resulting in the death of one person. Florida police currently suspect that Sytch was likely driving while under the influence of alcohol as the possible cause of her deadly car accident. PWInsider’s Mike Johnson reported that recent reports and rumors of Sytch being arrested over her car accident are not true based on his sources. Those same sources also stated that the results of Sytch’s toxicology tests have yet to be returned as of this past Monday.

Former WWE talent Sarah Logan recently announced on Instagram that she will be making appearances for Control Your Narrative at their May 13th event in Cleveland, Ohio and May 14th event in Detroit, Michigan.

Impact Wrestling recently announced that the Briscoe Brothers will be making an appearance for the company at their upcoming set of Impact! television tapings on April 24th in Poughkeepsie, New York.

Impact Wrestling announced a new match for the card of their Rebellion 2022 event on April 23rd in Poughkeepsie, New York:

The National Wrestling Alliance recently announced a new match for the card of their Powerrr Trip 2 event on April 30th in Oak Grove, Kentucky:

Major League Wrestling recently announced a new match for the card of their Kings Of Colosseum 2022 event on May 13th in Philadelphia, Pennsylvania:

Tokyo Joshi Pro Wrestling recently announced a new match for the card of their Spring Tour 2022 event in Tokyo, Japan:

As noted before, former MMA fighter and WWE wrestler Cain Velasquez was arrested earlier this year following a shooting incident in San Jose, California. Velasquez is alleged to have attempted to murder a man named Harry Eugene Goularte, who had been charged with molesting a close relative of Velasquez. Velasquez recently issued a statement on Twitter thanking everyone who has supported him during his current legal issues. (English translation via Fightful.com)

“To everyone that has expressed your support, my family and I will never be able to thank you enough. From the bottom of our hearts and the depths of our souls, we are forever grateful for your love. Your selfless gestures and kind words have given me strength in my darkest times. This story is complex and slowly unraveling as we speak. To the true victims of this case, may God give you the strength to come forward. Though it is most difficult to relive the pain that has happened to you, in speaking the truth, justice will be served and your own true healing will start. I will never stop helping or loving my community and all of you. Thank you for giving me love.”