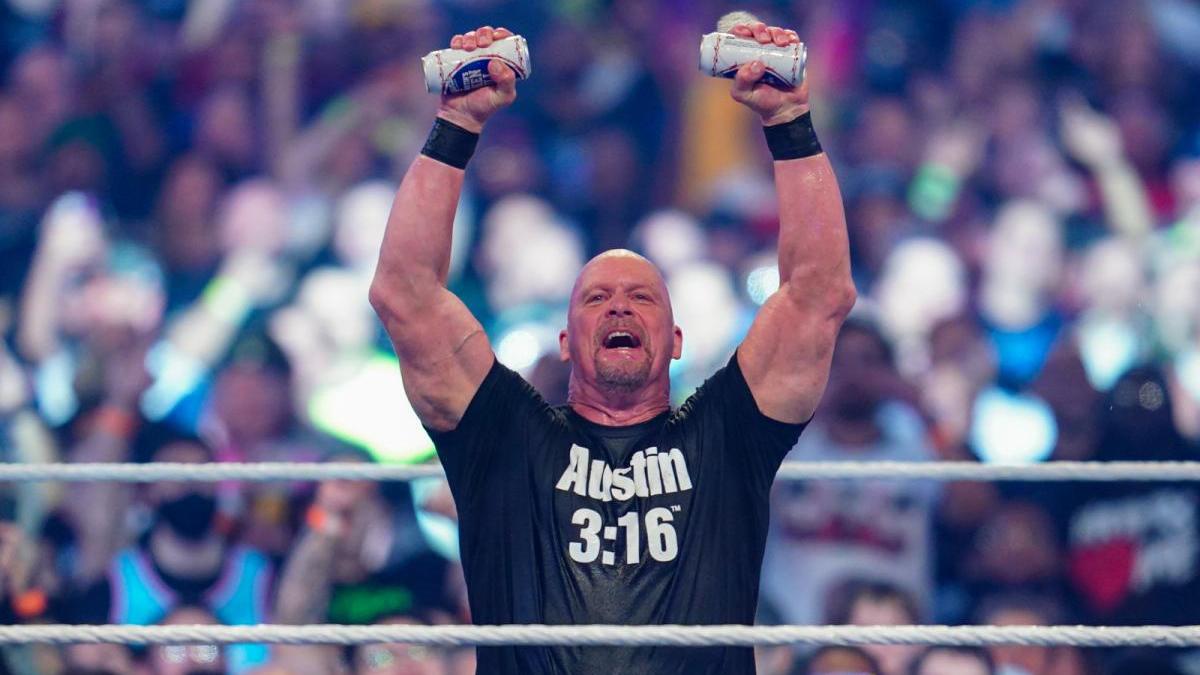 A recent episode of the Brewbound podcast had Stone Cold Steve Austin as the guest. One of the topics discussed included Austin stating that he currently feels “100%” fine following his match against Kevin Owens at WWE’s WrestleMania 38 earlier this month.

“I’m 100%, I picked up a little bit of a cold the other day, but I’m back home in Nevada. Sunday, I was 100% and of course, went back into on Sunday to deliver a little bit of extra physicality as part of the show. It was an exciting time for me to go back to a business that I really really love. I never thought I’d be back in the ring, but there we were, headlining WrestleMania for night one and it was an honor to be out there. Really excited to be able to…just like the last few times I’ve been able to drink Broken Skull IPA out in the ring, a couple years ago we got a lot of exposure for that. A real proud moment because when El Segundo and I decided to come out with a lager, which is what everybody was wanting, it was really satisfying because I drank everybody’s beer in the past, I’ve been drinking beer my whole life and we’ve given all those other brands a little bit of a rub by using their beer. To go out there and drink our own beer was very satisfying.”

Austin also gave his thoughts on if he believes he will be involved in next year’s WrestleMania 39 event in Inglewood, California.

“For me to participate at WrestleMania 38, if you had told me, ‘you’re going to be part of WrestleMania 38,’ not only that, ‘you’re going to main event night one,’ I would have said that you’re full of shit and you’re crazy. There I was, in Dallas, Texas, headlining the event on day one. Never say never, but I would imagine, within the scope of that show, it’s going to be a big show in a big time city. It will be a two-night event again. I’m sure I’m done wrestling, per se, but as part of WWE, I can’t imagine that I won’t be there in some capacity. I’m not booking myself on the show, because I didn’t book myself on 38, that’s a Vince (McMahon) thing, and I have a great relationship with him. If I get the call, I’ll be there.”

New Episode of Table For 3 Airing This Friday

WWE recently announced that a new episode of their Table For 3 series will be airing this Friday on the WWE Network and NBC’s Peacock.

It was announced that this upcoming episode will be featuring Alpha Academy (Otis & Chad Gable) and WWE Hall of Famer Kurt Angle as the guests.

Another stellar lineup of new and original programming is streaming this week exclusively on Peacock in the U.S. and on WWE Network everywhere else!

On Wednesday, WWE’s The Bump is back with an all-new episode featuring Raw Tag Team Champions RK-Bro.

Close out the work week on Friday with a new episode of Table For 3: The Angle Academy, featuring WWE Hall of Famer Kurt Angle as well as Chad Gable & Otis!

And as always, catch up on the latest action as WWE gears up for WrestleMania Backlash with Raw Talk streaming immediately following Raw on Monday night and Talking Smack available to stream on Saturday.

One notable change was Grizzled Young Veterans being revealed to have had their ring names shorten from their previous names of Zack Gibson and James Drake to now just Gibson and Drake going forward.

Gibson and Drake became the latest NXT talent to be given new ring names as part of WWE’s recent memo requiring talent who previously worked under their real names or indie names to be renamed in order for the company to own the trademarks to their ring names.