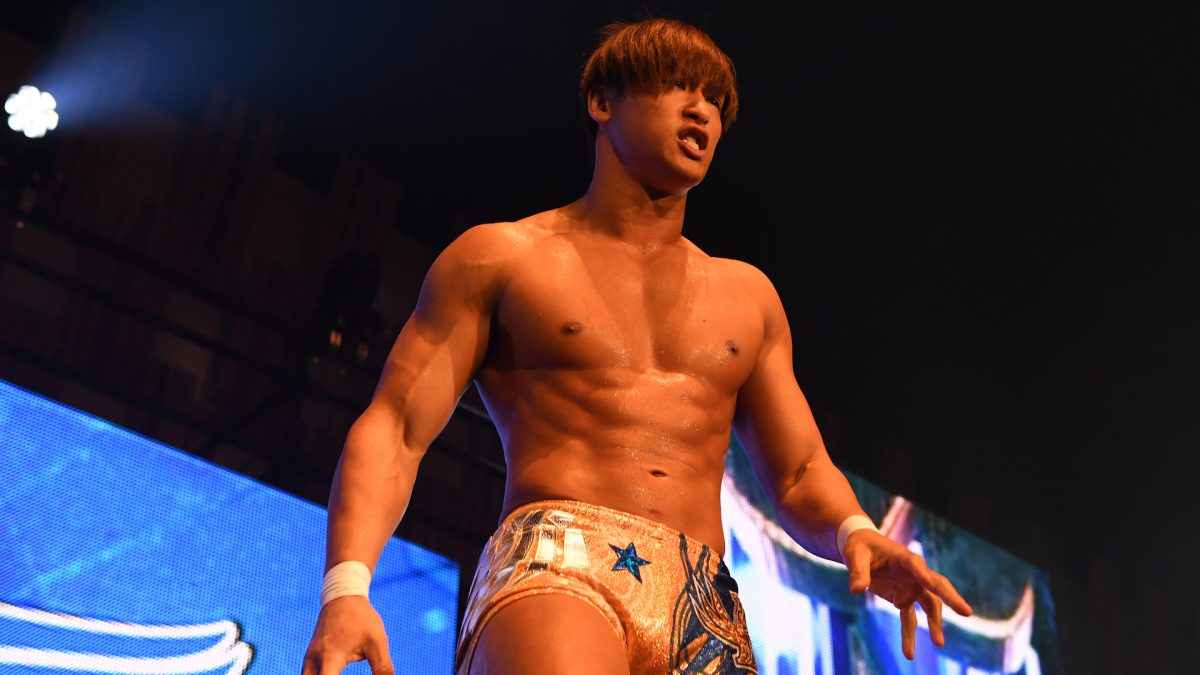 New Japan Pro Wrestling talent Kota Ibushi recently accused NJPW management of committing “power harassment” and other issues against him within the past year.

In a series of recent postings on Twitter, Ibushi claimed that NJPW officials tried to rush him back into the ring this past December to be ready in time for their Wrestle Kingdom 16 event despite him not feeling recovered from a shoulder injury he suffered this past October.

Ibushi also revealed text messages from a recent conversation he had with a NJPW official named Kikuchi. Voices of Wrestling reported that Kikuchi is a high-level NJPW official in the company’s talent relations department.

Voices of Wrestling also reported that Ibushi had informed NJPW officials that he was ready to return for this year’s New Japan Cup tournament, which took place this past March. This led to NJPW having plans in place for Ibushi to win this years tournament but both Ibushi and those plans were pulled by Kikuchi due to advice from one of NJPW’s doctors over a “minor concern.”

Ibushi reportedly had cut all communication with NJPW officials following his removal from this past March’s New Japan Cup, which led to Kikuchi threatening to fire Ibushi for his unapproved appearance at a Just Tap Out event on March 4th. This reportedly then led to Kikuchi giving Ibushi the ultimatum of he must return to in-ring action by next month’s Dominion 2022 event or else be fire from the company.

It was also reported that their sources stated that Ibushi and Kikuchi have had backstage heat with each other dating back to 2018 that originated over merchandise royalties pay issues. Kikuchi reportedly had been released by NJPW in 2019 but was later brought back in 2020 in a talent relations role following Dick Togo’s rise in power within the company’s booking team.

It was also reported that another source of the issues between Ibushi and Kikuchi involves Kikuchi having an “old school” mentality when it comes to demanding that talent maintain kayfabe outside of the company and keeping their relationships a secret from the public. This mentality reportedly is not uniform and instead Kikuchi was stated to be “selective” towards those who are demanded to follow it, which currently includes Ibushi.

In regards to other issues between the two, it was reported that Kikuchi was the person who made the call to prevent Ibushi from having his match against Shingo Takagi at NJPW’s Dominion 2021 event despite Ibushi protesting the decision. Kikuchi reportedly is also a member of NJPW’s booking team but in a role similar to Dick Togo where all of his ideas still need to be approved by Gedo.

Besides his issues with Kikuchi, Ibushi also reportedly has backstage issues with TAKA Michinoku and Taichi, who he labeled as “Cheaters-gun” alongside Kikuchi.

In a follow-up posting, Ibushi provided an update regarding his current situation where he claimed that the “power harassment” he is currently dealing with is something that happens daily within the company towards non-home grown talents.

“This is the power harassment that happens daily to the non home-grown talents. I don’t think I’ve ever asked if I could return by a phone call. Of course, I’ve never had a single meeting and that LINE message (the threat message) suddenly came for the first time in months. This is outrageous if you think about it normall. I can release every LINE messages. I didn’t mind but it felt wrong to stay quiet. I’m really calm and collected. I don’t know what makes me (officially) fired but saying it via LINE message shows Kikuchi’s personality and the president’s instruction. There are too many other things to talk about but you’ll know it soon. The truth can’t be concealed. I’m totally calm. I was just disappointed that this low-level person (Kikuchi) was my boss and felt sorry that I faced power harassment (from him).”