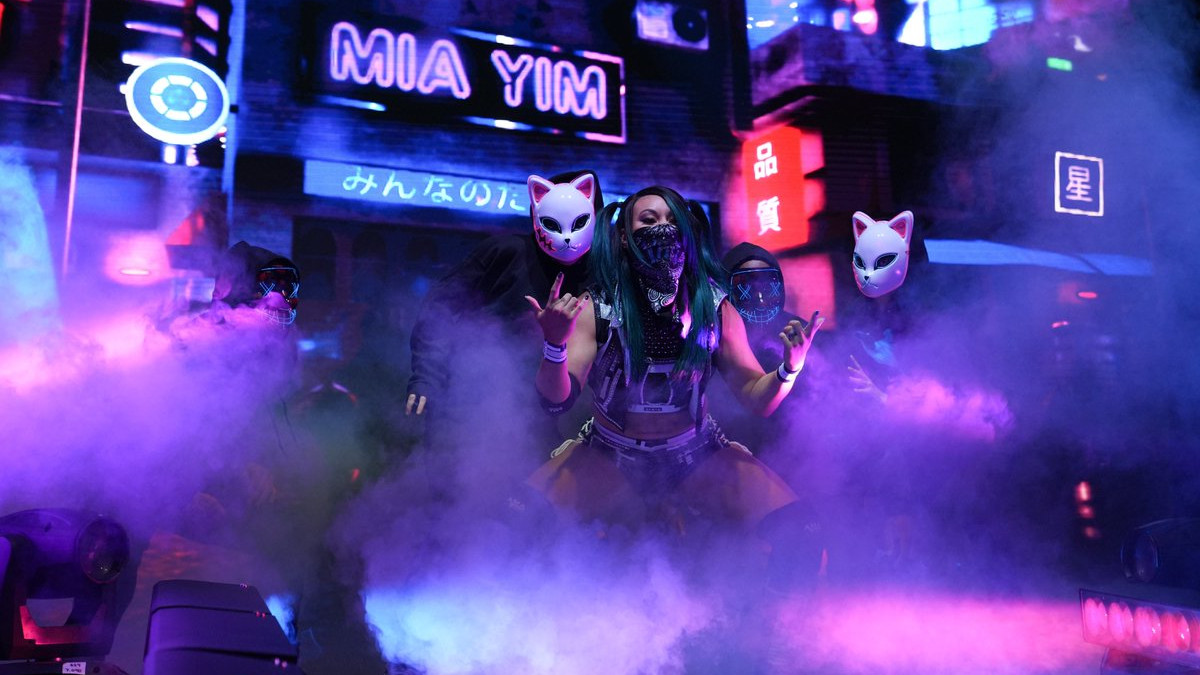 Denise Salcedo held a recent interview with Mia Yim. One of the topics discussed included Yim’s thoughts on her recent signing and return to Impact Wrestling.

“I am close friends with Gail and I’ve been talking to her ever since I left Impact the first time. So we’ve been talking. I originally didn’t want to sign anywhere, I didn’t want to be on TV. I just didn’t know what I wanted to do. But Gail was putting over the company, putting over the talent, even Scott [D’Amore], putting over everything. I have no questions, no second guesses, no hesitation that if I were to go to Impact under Gail’s leadership everything is gonna be fine. There’s no drama, I didn’t want to deal with drama, politics, if I was gonna wrestle, I just wanted to wrestle and hang out with my friends. And I have a lot of friends [in Impact], I know that I would have a lot of wrestling opportunities, so it was a no brainer to me. I don’t want people to remember me for what I’ve done in the past year or two. I want people to remember me as Mia Yim, that I’ve had decades worth of work under my belt before I had [the WWE run] happen. I want people to remember that I am not just a manager for a group or whatever, I can go. Once I decided I am gonna give wrestling a try, I was like ‘count me in Gail.’ I know that at Impact I am gonna be okay.”

Yim also gave her thoughts about her career in WWE and the final few months of her time in the company.

“A lot was going on in my mind. It’s hard to pinpoint one or two specific things. Me and Keith [Lee] got released on the same day. It was a lot of figuring out. I’ve done everything I’ve wanted to in my career, everything that I set a goal for myself I’ve done it all. So, do I even want to wrestle anymore? Just with the toxicity of social media and with what I did the last time like I was a joke, I was a joke, so it was like do I even bother? So [me and Keith Lee] got married, we moved two weeks after, bought a house, so a lot of real life stuff was happening. Keith, right after the wedding he went to work, so I am like alright, let me take a couple of months to kinda just hold down the fort, and get everything together with real life first so he doesn’t have to worry about anything and everything will be taken care of at home. So I took a couple months off to do things in my real life, but also to figure out if this is what I wanted to continue to do. It was a lot.”

As noted before, New Japan Pro Wrestling talent Kota Ibushi recently accused NJPW’s management of “power harassment” against him over the past year.

Ibushi recently provided an update on Twitter stating that the reason why he decided to go public with his issues and reveal the names of those responsible within NJPW for harassing him was due to a serious family-related incident. Ibushi revealed that his mother had suffered a mental breakdown and tried to kill herself after she learned of the situation he was dealing with in the company.

“This is sudden, but I can’t take looking at this anymore after all, so I’m going to share it. The real truth behind why I posted the names and screenshots before. I was unsure if I should share this, but I can’t bear to look at the current state of my mother anymore, so I’m going to tell you. First, they still haven’t apologized. Do Kikuchi and Ohbari feel no guilt?
They announce via LINE they’re [going] to fire me, without meeting with me once. My mother contacted me, concerned, maybe because she noticed I was stressed and worried.

Then I couldn’t take it anymore either, so I talked to her about how this sudden LINE message had come, and how I’ve been the victim of power harassment again and again, and she feebly told me “It’s okay if you quit.”

The next day, my mother tried to kill herself. I said bluntly that I’m never going to forgive Kikuchi and the current president. That’s why I’m going to fight until the end.

They’ve done something absolutely unforgivable to me. They won’t talk face to face with me, they won’t answer my messages, [so] I plan on somehow being able to talk about this in the near future. I’ve consulted my [agent? lawyer?] too. Kikuchi, Ohbari, do you get it? A mother who tries to kill herself shortly after Mother’s Day. Attempted murder from a distance. It’s a miracle she survived. Are you going to heal her broken hip for her? There’s more [to reveal], but you’re not going to like it [sarcastic].

I want to carefully add that even though the word 殺人未遂 (attempted murder) does get used here, Ibushi is blaming Kikuchi and Ohbari for being responsible for this because of the physical and emotional stress they caused him and his family, rather than actually insinuating they or people working for them attempted to murder his mother.”

This past Sunday’s Revolution Pro Wrestling’s Epic Encounter 2022 event in London, England featured New Japan Pro Wrestling talent Gabriel Kidd making a surprise appearance. Kidd answered a match challenge that was issued by Dan Maloney that was originally directed towards Minoru Suzuki but accepted by Maloney. This match was won by Kidd, who wrestled for this first time since announcing his break from wrestling over mental health issues this past February.

NJPW recently announced that they will be holding a NJPW Strong themed event called High Alert on July 24th in Charlotte, North Carolina. It was also announced that tickets for this event will officially go on sale starting on May 27th.

NJPW English commentator Kevin Kelly stated on Twitter that he was recently informed that the COVID-19 restrictions for crowd cheering at NJPW events in Japan could be lifted as early as the end of this month.

NJPW’s Best of the Super Juniors 2022 Night 5 event this past Saturday featured Hirmou Takahashi defeating Impact Wrestling talent and current X Division Champion Ace Austin in a tournament block match. Following the match, both Austin and Takahashi stated on Twitter that they would be interested in a rematch in the future and possibly for Austin’s X Division title. Impact Wrestling EVP Scott D’Amore recently responded on Twitter stating that Impact has an open door for him should he decide to show up and approved of his title match request.

As noted before, Game Changer Wrestling recently settled a lawsuit filed against them by IndependentWrestling.TV over contract breaching allegations regarding the airing of GCW events. As part of the terms of the settlement, GCW will be holding a series of events called “Settlement Series.” IWTV recently announced that the first GCW Settlement Series event will be taking place on July 24th in Ridgefield Park, New Jersey and will air live on their service.

Kurt Angle announced on Twitter that he underwent double knee replacement surgery on Tuesday and thanked everyone for their support shown towards him.

The National Wrestling Alliance recently announced a new match for the card of their Alwayz Ready event on June 11th in Knoxville, Tennessee: