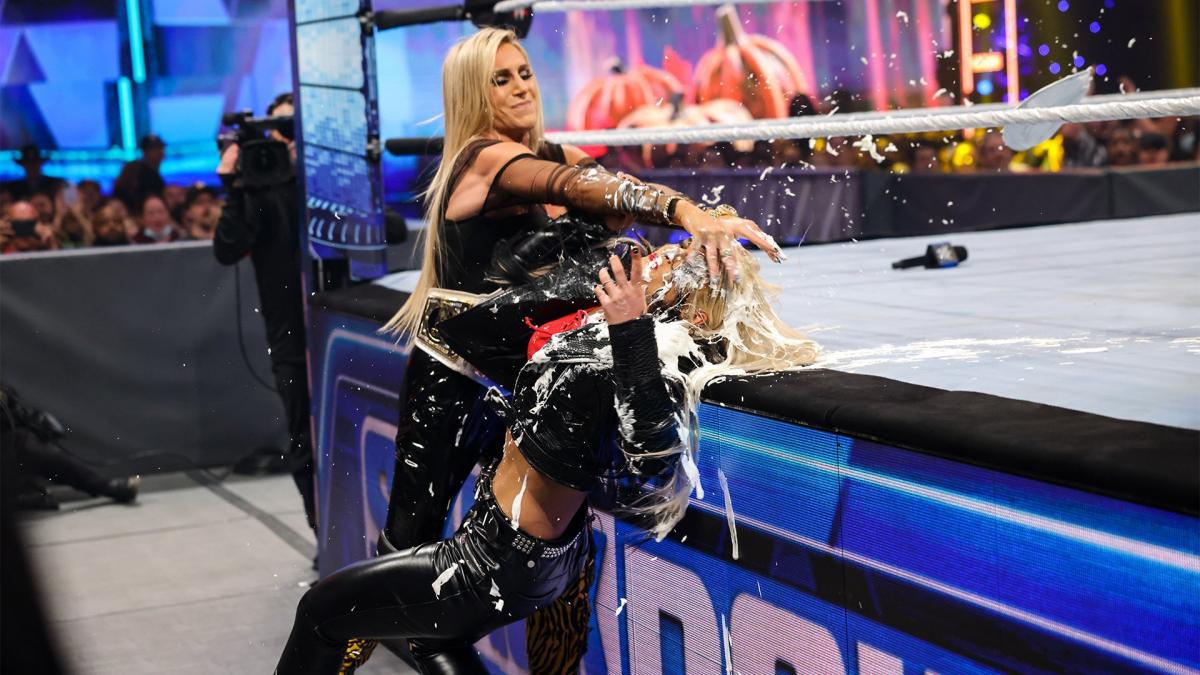 A recent episode of the AEW Unrestricted podcast had Toni Storm as the guest. One of the topics discussed included Storm’s thoughts on if the pie throwing segment with Charlotte Flair on the November 26, 2021 episode of Friday Night SmackDown was the last straw for her in WWE and WWE’s original plans for the segment being a lot different.

“I was actually quite happy with that segment that day. It was a lot better than the original idea. The original idea was like, I was called up and asked if I was comfortable having my shirt ripped off or something. They wanted to do this whole angle where they wanted to rip my shirt off to be embarrassed, in my underwear, I guess. When you’re asked if you’re comfortable to do that and literally, people are being fired every single week, it’s like, ‘Well, yeah, I guess I’m comfortable with that.’ [said with nervous sarcasm]. Then, a lot of people fought to not have that happen. That would have been a terrible idea. To be honest, the pie was actually quite a sweet treat in comparison to what it could have been. In hindsight, I don’t really mad. I’m not even mad. People think I’m mad, I think it’s hilarious, standing there covered in pie. I can demolish food, so if they’re throwing food at me, that was a good day. Not painful at all. That was a good one, to be honest. That was one of my better times.”

A trademark for “Bloody Brutes” was filed by WWE on May 12th for wrestling and entertainment-related purposes.

A trademark for “Ava Raine” was also filed by WWE on May 13th for similar purposes.

Trademarks for “DYAD”, “Schism”, and “Sol Ruca” were also filed by WWE on May 16th for similar purposes.

A trademark for “Hatchet” was filed by Samuel Shaw, former Dexter Lumis in WWE, on May 13th for wrestling and merchandise-related purposes.

Trademarks for “Jim Crockett Promotions” and “JCP” were filed by David Crockett on May 15th for wrestling and merchandise-related purposes.

Ohio Valley Wrestling reportedly recently signed a deal with an unknown major streaming platform for the production of an OVW themed behind-the-scenes reality series for the service, according to Fightful Select. It was reported that Netflix is currently rumored to be the mystery streaming service.

2K Games reportedly recently pulled former NXT talent Nash Carter from the upcoming Stand Back DLC pack for WWE 2K22, according to Sports Gamers Online. It was reported that 2K Games stated that the decision was due to their “commitment to providing the most authentic representation of the WWE universe, the Stand Back Pack has been updated to reflect the current WWE roster.” Carter was released from WWE this past April following allegations of domestic abuse and a controversial photo of Carter with a Hitler style mustache and giving the Nazi salute.

Pro Wresting Revolver announced that The Switchblades, Jon Moxley & Sami Callihan, will be making an appearance for the company at their Cage of Horrors event on July 9th in Clive, Iowa.

Game Changer Wrestling recently announced that Jon Moxley will be making an appearance for the company at their You Wouldn’t Understand event on June 18th in New York City, New York.

Wrestling Entertainment Series recently announced that Jonathan Coachman and Matt Rehwoldt will be the official commentary team for their debut event on June 4th in Nottingham, England.